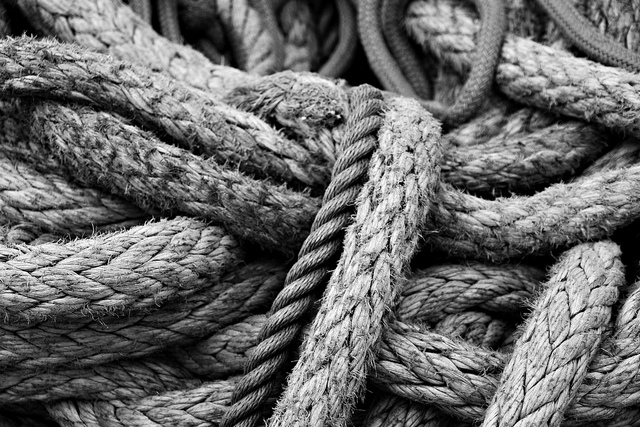 Back on April 4th, the big news was that the Archdiocese of New York subpoenaed the White House. Recall that story, three weeks back?

WASHINGTON, April 5 (Reuters) – The Obama administration has gone to court to try to block a subpoena from the Roman Catholic Archdiocese of New York seeking White House documents about the government’s requirement of insurance coverage for birth control.

The subpoena requesting documents from President Barack Obama and his senior advisers would be burdensome to fulfill, the administration said in a lawsuit filed in U.S. District Court for the District of Columbia.

Citing U.S. Supreme Court precedent, the suit also argues that civil subpoenas of the president’s executive office are inappropriate except in extraordinary circumstances.

The lawsuit was filed on Thursday and released on a court website on Friday.

Here’s what Reuters is reporting now,

WASHINGTON (Reuters) – Scaling down a legal fight with the White House, the Roman Catholic Archdiocese of New York has agreed to drop a request for documents about the government’s requirement of insurance coverage for birth control, a court filing on Monday said.

The archdiocese sent a subpoena to President Barack Obama’s administration in February asking for documents from White House staff, including Obama himself, for use in a church lawsuit against the contraception mandate.

Citing the burden involved and calling a subpoena of the president’s office inappropriate, the White House asked a federal judge to toss out the subpoena on April 4.

A notice filed in U.S. District Court in Washington late on Monday said the archdiocese agreed to withdraw its subpoena. It did not say why.

A lawyer for the archdiocese declined to comment on Tuesday. A spokeswoman for the U.S. Justice Department, which represented the White House in court, had no immediate comment.

The archdiocese is continuing its lawsuit in Brooklyn federal court challenging the Obama administration’s health policy requirement that employers generally include coverage of birth control in health insurance plans they offer workers.

Read the rest, stay tuned, and pray. In fact, like Pope Francis counsels, a devotion to Mary, the Untier of Knots sounds like a capital idea. 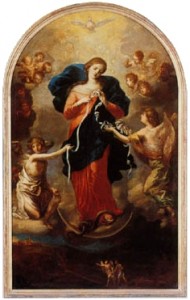 April 22, 2013
The Boston Bombers' Turning to Religion Caused Them to Murder and Maim Innocents? UPDATED
Next Post