In Kentucky, Gethsemani Abbey And The Sisters Of Loretto Tell A Pipeline Company, “You Shall Not Pass.”

Just in time for today’s readings. But, you know what? Maybe Jim Beam, Makers Mark, and other distilleries in the area will be willing to do business with them. The monks and nuns? Not so much.

Two Kentucky Catholic religious orders that collectively own more than 3,000 acres of historic farmland are refusing to give up portions of their lands for a proposed natural-gas pipeline that would channel millions of gallons of pressurized, highly flammable natural-gas liquids through the area. According to the Louisville Courier-Journal, the nuns of the Sisters of Loretto and the monks of the Abbey of Gethsemani have denied surveyors permission to survey the land ahead of the pipeline project and say that they have no interest in helping it along.

“We’ve been on this property since 1824,” said Sister Maria Visse, service coordinator for the Sisters of Loretto. “We feel entrusted with this (land). It’s a gift. It’s not a commodity.”

The energy company that hopes to build the pipeline — Williams Co. of Tulsa, Oklahoma — has repeatedly sent representatives and made requests for permission to survey the land, all of which have been summarily denied. The proposed pipeline would run from gas-drilling facilities in Pennsylvania to the coast of the Gulf of Mexico, impacting 18 counties in Kentucky.

Visse told the Courier that she turned down the Williams Co.’s proposal to use the sisters’ and the monks’ land on the spot and without a second thought.

“This is just short-term money that has very dangerous potential long-term consequences,” Visse said. She worries about the impact of water pollution on the porous limestone bedrock upon which the community resides.

Brother Aaron Schulte of the Abbey of Gethsemani confirmed to the Courier that the abbey had been approached by the pipeline company, but declined to give an interview to the paper. The Trappist monks own about 2,500 acres of property, including the grounds of the monastery, a guest house and hundreds of acres of pristine woods. 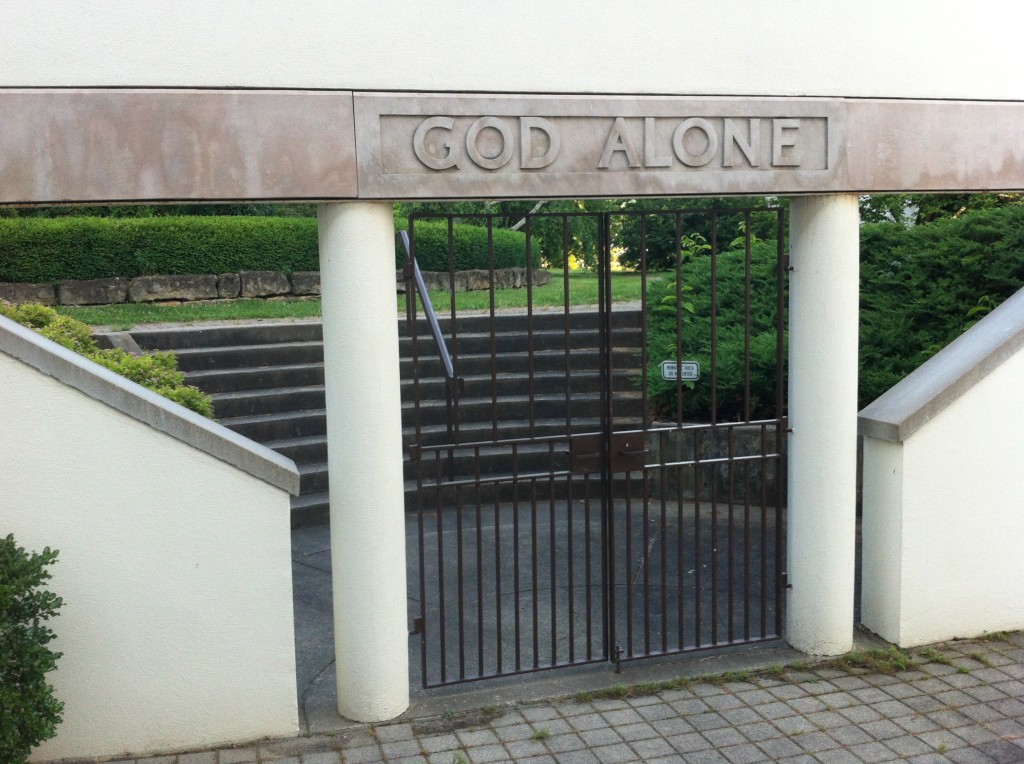 August 4, 2013
WYD Flashback With Matt Maher, And His Story On How The Song Came To Be Written...
Next Post

August 7, 2013 Skateboarding Monks: The New Evangelization In Action
Recent Comments
4 Comments | Leave a Comment
"Vaya con Dios, Leonard; Rest in Peace."
AnonCollie Leonard Nimoy Explains The Origin Of ..."
"Thank you for sharing"
Andy To Break My Fast from Being ..."
"I've seen Matt Maher live four times...twice since this song was released. I absolutely love ..."
Veritas81 WYD Flashback With Matt Maher, And ..."
"Yes, and Dolan should have corrected the scandalous and wrong decison of his predecessor when ..."
sixbunnies Archdiocese of New York Health Plan ..."
Browse Our Archives
Related posts from Why I Am Catholic