The MSM Extraordinary Synod On The Pastoral Care Of Families Has Been Held. The Church’s Has Not.

The MSM Extraordinary Synod On The Pastoral Care Of Families Has Been Held. The Church’s Has Not. October 22, 2013 Frank Weathers

Just FYI. In fact, the Church’s synod isn’t due to begin until October of 2014. You know, next year. But that doesn’t stop folks from speculating about what will come about as a result of it.

In an effort to help folks maintain an even strain, keep their heads on straight, and not jump to conclusions (good luck with that!), Archbishop Gerhard Müller, via L’Osservatore Romano, published the Reader’s Digest Condensed version of the history and development of her teachings on marriage.

Pretend to be gobsmacked if you must, by the seeming contradictory messages you may be hearing/reading, but it would be wise to not count on the New York Times, the Washington Post, ABC, CBS, MSNBC, Fox News, etc., to inform you correctly about what the teachings of the Catholic Church are regarding marriage, divorce, annulments, etc.

But you knew that already. I’ll just point you to Archbishop Müller’s opening statement, and a snip of the article.

The Power of Grace

After the announcement of the extraordinary synod that will take place in October of 2014 on the pastoral care of families, some questions have been raised regarding the question of divorced and remarried members of the faithful and their relationship to the sacraments. In order to deepen understanding on this pressing subject so that clergy may accompany their flock more perfectly and instruct them in a manner consistent with the truth of Catholic Doctrine, we are publishing an extensive contribution from the Archbishop Prefect of the Congregation for the Doctrine of the Faith.

The problem concerning members of the faithful who have entered into a new civil union after a divorce is not new. The Church has always taken this question very seriously and with a view to helping the people who find themselves in this situation. Marriage is a sacrament that affects people particularly deeply in their personal, social and historical circumstances. Given the increasing number of persons affected in countries of ancient Christian tradition, this pastoral problem has taken on significant dimensions. Today even firm believers are seriously wondering: can the Church not admit the divorced and remarried to the sacraments under certain conditions? Are her hands permanently tied on this matter? Have theologians really explored all the implications and consequences?

These questions must be explored in a manner that is consistent with Catholic doctrine on marriage. A responsible pastoral approach presupposes a theology that offers “the full submission of intellect and will to God who reveals, freely assenting to the truth revealed by him” (Dei Verbum 5). In order to make the Church’s authentic doctrine intelligible, we must begin with the word of God that is found in sacred Scripture, expounded in the Church’s Tradition and interpreted by the Magisterium in a binding way.

The Testimony of Sacred Scripture

Looking directly to the Old Testament for answers to our question is not without its difficulties, because at that time marriage was not yet regarded as a sacrament. Yet the word of God in the Old Covenant is significant for us to the extent that Jesus belongs within this tradition and argues on the basis of it. In the Decalogue, we find the commandment “thou shalt not commit adultery” (Ex 20:14), but elsewhere divorce is presented as a possibility. According to Dt 24:1-4, Moses lays down that a man may present his wife with a certificate of dismissal and send her away from his house, if she no longer finds favour with him. Thereafter, both husband and wife may embark upon a new marriage. In addition to this acceptance of divorce, the Old Testament also expresses certain reservations in its regard. The comparison drawn by the prophets between God’s covenant with Israel and the marriage bond includes not only the ideal of monogamy, but also that of indissolubility. The prophet Malachi expresses this clearly: “Do not be faithless to the wife of your youth … with whom you have made a covenant” (Mal 2:14-15).

Above all, it was his controversies with the Pharisees that gave Jesus occasion to address this theme. He distanced himself explicitly from the Old Testament practice of divorce, which Moses had permitted because men were “so hard of heart”, and he pointed to God’s original will: “from the beginning of creation, God made them male and female. For this reason a man shall leave his father and mother and … the two shall become one flesh. What therefore God has joined together let not man put asunder” (Mk 10:5-9; cf. Mt 19:4-9; Lk 16:18). The Catholic Church has always based its doctrine and practice upon these sayings of Jesus concerning the indissolubility of marriage. The inner bond that joins the spouses to one another was forged by God himself. It designates a reality that comes from God and is therefore no longer at man’s disposal.

Today some exegetes take the view that even in the Apostolic era these dominical sayings were applied with a degree of flexibility: notably in the case of porneia/unchastity (cf. Mt 5:32; 19:9) and in the case of a separation between a Christian and a non-Christian partner (cf. 1 Cor 7:12-15). The unchastity clauses have been the object of fierce debate among exegetes from the beginning. Many take the view that they refer not to exceptions to the indissolubility of marriage, but to invalid marital unions. Clearly, however, the Church cannot build its doctrine and practice on controversial exegetical hypotheses. She must adhere to the clear teaching of Christ. 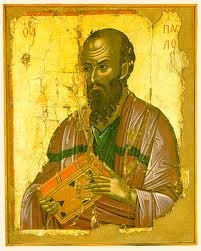 Saint Paul presents the prohibition on divorce as the express will of Christ: “To the married I give charge, not I but the Lord, that the wife should not separate from her husband (but if she does, let her remain single or else be reconciled to her husband) and that the husband should not divorce his wife” (1 Cor 7:10-11). At the same time he permits, on his own authority, that a non-Christian may separate from a partner who has become Christian. In this case, the Christian is “not bound” to remain unmarried (1 Cor 7:12-16). On the basis of this passage, the Church has come to recognize that only a marriage between a baptized man and a baptized woman is a sacrament in the true sense, and only in this instance does unconditional indissolubility apply. The marriage of the unbaptized is indeed ordered to indissolubility, but can under certain circumstances – for the sake of a higher good – be dissolved (privilegium Paulinum). Here, then, we are not dealing with an exception to our Lord’s teaching. The indissolubility of sacramental marriage, that is to say, marriage that takes place within the mystery of Christ, remains assured.

Of greater significance for the biblical basis of the sacramental view of marriage is the Letter to the Ephesians, where we read: “Husbands, love your wives, as Christ loved the Church and gave himself up for her” (Eph 5:25). And shortly afterwards, the Apostle adds: “For this reason, a man shall leave his father and mother and be joined to his wife and the two shall become one flesh. This mystery is a profound one, and I am saying that it refers to Christ and the Church” (Eph 5:31-32). Christian marriage is an effective sign of the covenant between Christ and the Church. Because it designates and communicates the grace of this covenant, marriage between the baptized is a sacrament.

The Testimony of the Church’s Tradition

The Church Fathers and Councils provide important testimony regarding the way the Church’s position evolved. For the Fathers, the biblical precepts on the subject are binding. They reject the State’s divorce laws as incompatible with the teaching of Jesus. The Church of the Fathers rejected divorce and remarriage, and did so out of obedience to the Gospel. On this question, the Fathers’ testimony is unanimous.

In patristic times, divorced members of the faithful who had civilly remarried could not even be readmitted to the sacraments after a period of penance. Some patristic texts, however, seem to imply that abuses were not always rigorously corrected and that from time to time pastoral solutions were sought for very rare borderline cases.

Reminds me of a quote from a fellow I admire,

Catholicism is a deep matter—you cannot take it up in a teacup. —Blessed Cardinal John Henry Newman

To the utter dismay of the news cycle.

October 22, 2013 So You Want To Cause A Ruckus, And Pray For "Marriage Equality" In The Cathedral? Bishop Paprocki Has A Message For You...
Recent Comments
0 | Leave a Comment
"Vaya con Dios, Leonard; Rest in Peace."
AnonCollie Leonard Nimoy Explains The Origin Of ..."
"Thank you for sharing"
Andy To Break My Fast from Being ..."
"I've seen Matt Maher live four times...twice since this song was released. I absolutely love ..."
Veritas81 WYD Flashback With Matt Maher, And ..."
"Yes, and Dolan should have corrected the scandalous and wrong decison of his predecessor when ..."
sixbunnies Archdiocese of New York Health Plan ..."
Browse Our Archives
get the latest from
Catholic
Sign up for our newsletter
POPULAR AT PATHEOS Catholic
1