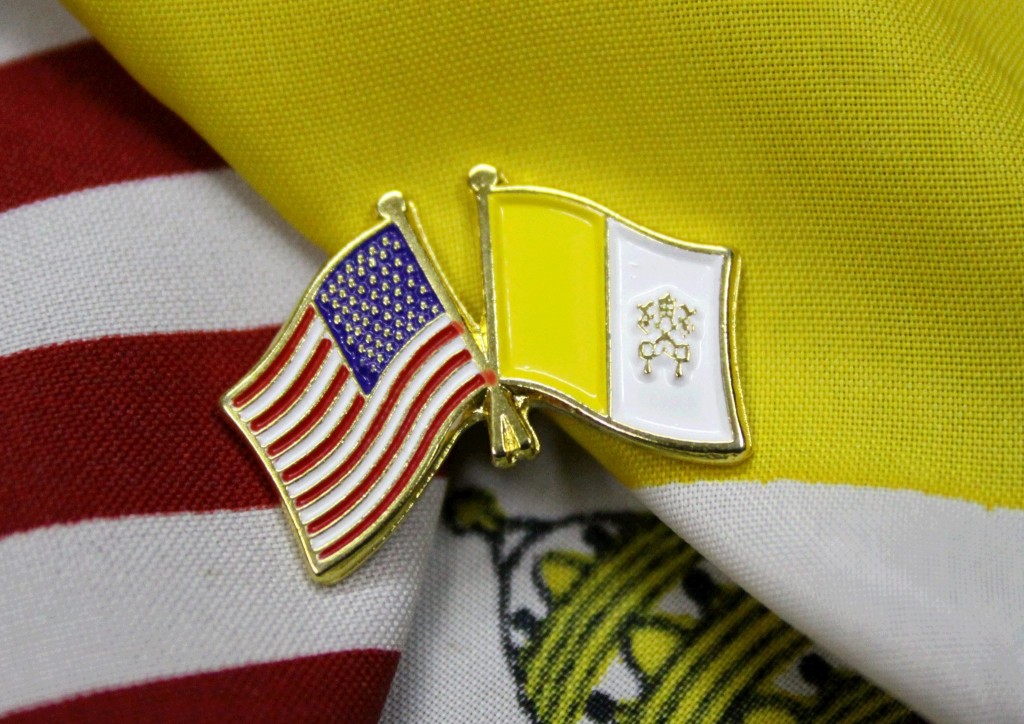 Yes, while the rest of the world was celebrating the 30th birthday of the Macintosh computer, I was more interested in the amazing fact that before 1984, the United States didn’t have an ambassador to the Vatican. That’s right. China, for example, had diplomatic ties with the Vatican before the Land of the Free, and Home of the Brave did.

Here’s a little something Ambassador Hackett had to say on this happy occasion,

Thirty years ago, on January 10, 1984, U.S. President Ronald Reagan and Pope John Paul II agreed to establish formal diplomatic relations between the United States and the Holy See. That same day, President Reagan nominated William A. Wilson to be the first U.S. Ambassador. And our embassy officially opened on April 9, 1984 when Ambassador Wilson presented his credentials to Pope John Paul II.

But in fact our relations with the Holy See stretch back to the founding of our republic. In June 1784, a young Jesuit named John Carroll, a good friend of the scientist Benjamin Franklin, was named by Pope Pius VII as “Superior to the Mission to the thirteen States.” Months later he was named Apostolic Prefect and the territory of the Prefecture was split from the Diocese of Quebec. After President George Washington agreed to the Pope appointing bishops in our newborn Nation, John Carroll went on to become the first appointed U.S. bishop.

The more modern history of our relations with the Holy See is told in the photo exhibit we are launching tonight. It is a story of engagement and cooperation over the last century on a wide range of important global issues.

As we celebrate our 30th anniversary of relations this year, we celebrate a strong and positive relationship, the importance of which was underscored recently by U.S. Secretary of State John Kerry’s visit to the Vatican last week where he met with Archbishop Parolin. And we look forward this year as well to President Barack Obama’s recently announced visit to the Vatican to meet with Pope Francis on March 27.

In these times, I am pleased to serve as the 10th U.S. Ambassador to the Holy See and I look forward to strengthening and expanding our partnership to help solve critical global issues.

For a great account on this fascinating relationship, check out Parallel Empires: The Vatican and the United States–Two Centuries of Alliance and Conflict

. They are practically giving away copies over at Amazon.

January 24, 2014
SCOTUS Scuttles Plan That Would Have Forced Nuns To Violate Their Conscience
Next Post

January 29, 2014 Benedict Cumberbatch Demonstrating The Stanislavsky Method.
Recent Comments
1 Comment | Leave a Comment
Browse Our Archives
Related posts from Why I Am Catholic