As The World Seems To Claim That God Is Dead, He Speaks To Us Today Via The Prophet Nahum

As The World Seems To Claim That God Is Dead, He Speaks To Us Today Via The Prophet Nahum August 8, 2014 Frank Weathers

Surely I’m not the first to notice how oftentimes, through the daily readings, or by way of the Liturgy of the Hours, God breaks through our thrall towards world events, and speaks to us directly.

Just a few days ago, God spoke via the  LOTH about events that had transpired in Gaza long ago. Given what is taking place there nowadays, one would think it’s as if someone purposely changed the readings to make the readings relevant, or something. That isn’t how it works, of course, as the readings scheduled in the LOTH, and in the Lectionary calendar, were planned I don’t even know how many years ago.

The same thing happened today with the readings for Friday of the 18th week in Ordinary Time. The first reading is from the book of the prophet Nahum, and the timing seems extraordinary. As the introduction to the book informs us, the difference between the situation in Iraq when this book was written, and what is happening there today, seems separated by minutes instead of by millennia.

Shortly before the fall of Nineveh (ed. the ruins of which lie across the Tigris from Mosul) , the capital of Assyria, in 612 B.C., Nahum uttered his prophecy against the hated city. To understand the prophet’s exultant outburst of joy over the impending destruction it is necessary to recall the savage cruelty of Assyria, which had made it the scourge of the ancient Near East for almost three centuries. The royal inscriptions of Assyria afford the best commentary on Nahum’s burning denunciation of “the bloody city.” In the wake of their conquests, mounds of heads, impaled bodies, enslaved citizens, and avaricious looters testified to the ruthlessness of the Assyrians. Just such a conquest was suffered by Israel, when its capital Samaria fell to the Assyrians in 722/721 B.C., and by Judah, when its capital Jerusalem nearly fell to invading Assyrian armies twenty years later. Little wonder that in 3:19 Judah is shown as joining in the general outburst of joy over the destruction of Nineveh!

But Nahum is not a prophet of unrestrained revenge. He asserts God’s moral government of the world. Nineveh’s doom is evidence that God stands against oppression and the abuse of power. As an ancient Near Eastern superpower, Assyria had terrorized its smaller and weaker neighbors, exploiting their economies and subjugating their people for its own ends. Thus Nineveh’s demise is viewed as an act of divine justice, and it is greeted by the small, oppressed countries as a time of deliverance, as a moment of renewal, and as a message of peace (2:1; 3:19).

The reading for today is as follows,

See, upon the mountains there advances
the bearer of good news, 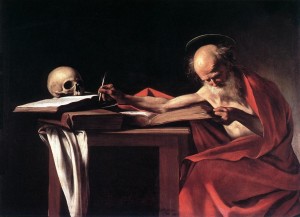 announcing peace!
Celebrate your feasts, O Judah,
fulfill your vows!
For nevermore shall you be invaded
by the scoundrel; he is completely destroyed.
The LORD will restore the vine of Jacob,
the pride of Israel,
Though ravagers have ravaged them
and ruined the tendrils.

Woe to the bloody city, all lies,
full of plunder, whose looting never stops!
The crack of the whip, the rumbling sounds of wheels;
horses a-gallop, chariots bounding,
Cavalry charging, the flame of the sword, the flash of the spear,
the many slain, the heaping corpses,
the endless bodies to stumble upon!
I will cast filth upon you,
disgrace you and put you to shame;
Till everyone who sees you runs from you, saying,
“Nineveh is destroyed; who can pity her?
Where can one find any to console her?”

Uncanny, no? Check out the psalm, which for today comes to us from Deuteronomy.

Close at hand is the day of their disaster,
and their doom is rushing upon them!
Surely, the LORD shall do justice for his people;
on his servants he shall have pity.

“Learn then that I, I alone, am God,
and there is no god besides me.
It is I who bring both death and life,
I who inflict wounds and heal them.”

I will sharpen my flashing sword,
and my hand shall lay hold of my quiver,
“With vengeance I will repay my foes
and requite those who hate me.”

Gulp. Surely the gospel reading is totally unrelated, right? It probably won’t be anything that remotely speaks to right conduct of followers of the Most High, or anything.

Jesus said to his disciples, 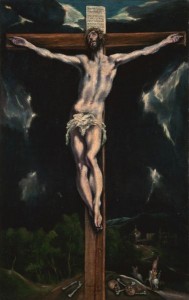 “Whoever wishes to come after me must deny himself,
take up his cross, and follow me.
For whoever wishes to save his life will lose it,
but whoever loses his life for my sake will find it.
What profit would there be for one to gain the whole world
and forfeit his life?
Or what can one give in exchange for his life?
For the Son of Man will come with his angels in his Father’s glory,
and then he will repay each according to his conduct.
Amen, I say to you, there are some standing here
who will not taste death
until they see the Son of Man coming in his Kingdom.”

If that doesn’t get your attention, dear reader, than perhaps nothing will.

Tom McDonald has been at a loss for words regarding what is happening in the world these days, but he broke the logjam with some crystal clear thoughts today. Words like,

Christendom is shattered, but its greatest strengths live on in the hearts and communities of believers. That’s all we’ve got, and really all we ever needed, despite the glories of our past. We must live as Christians, against all danger and threats. We must forgive, against all wrongs. We must hope, against all evidence. We must love, against all reason.

We broke the world, and we continue breaking it when we refuse to honor God, and ignore the law He so desperately wants to write upon our hearts, if only we would open them.

August 11, 2014 Pope Francis: ISIS Onslaught "offends God and offends humanity."
Browse Our Archives
get the latest from
Catholic
Sign up for our newsletter
POPULAR AT PATHEOS Catholic
1

Pope Francis Did NOT Say EWTN...
Biblical Evidence for Catholicism
Related posts from Why I Am Catholic