Because Christ Came to Occupy, and Reclaim, the World

Because Christ Came to Occupy, and Reclaim, the World March 29, 2015 Frank Weathers

There was a brutal bear market in the Spring of the year 33 AD. Not in wheat or lamb futures, nor in cloth, or precious metals. This was a bear market of the human soul, and it was experienced acutely by the Disciples of our Lord Jesus Christ.

Graphically, it looked a lot like what Sir Isaac Newton experienced in the great South Sea Bubble.

It started off innocently enough three years earlier. A wild man, with a great speaking voice, was crying out from the desert. People flocked from miles around to listen to him. Quickly thereafter, though, the authorities from the Souls Exchange Commission (aka the SEC) clapped him in irons, and later on had him put to death for fraud, or some other trumped up charge.

But that didn’t stop the bubble from forming. Rumors, and tips abounded. Miraculous events occurred. Wine appeared, as did food for the multitudes. Even the dead were raised, or so they claimed. This fellow named Jesus, the founder, went around with a hand-picked group of a dozen guys. It was some kind of “ground floor opportunity” in a “can’t lose” partnership. It was great while it lasted.

By the time everyone found out about this latest, greatest, one-way road to wealth, it all came crashing down, as all bubbles do. Popularity for this particular fad peaked an epic 5 days before the bottom fell out. Peak to trough in 5 days! It’s hard to fit that into the graph above. Try this one instead,

The collapse was sudden, and catastrophic. The leader, Jesus? He was put to death for all the trouble he caused, and all his lieutenants fled as a result. The SEC, always looking out for the little guy, you know, when they aren’t helping the big guys, decided to prick this bubble before it got out of hand. Sort of how it was decided that Lehman Brothers could disappear in the Fall of 2008, remember?

And then a weird thing happened. The original partners of the charismatic founder, minus one (another sad story, one of his original partners, named Judas Iscariot, had sold Jesus out to the SEC and then committed suicide a day later), started touting a new wealth creation scheme 50 short days later. They called it Your Life: Wealth for Eternity or something wacky like that.

These guys must have been unbelievably good at selling. I mean think about it…your body and soul’s eternal wealth? You can’t even see your soul, and you want me to believe that by following your program my soul will get wealthy? What about wealth I can use in the here and now, partner?

But that wasn’t what they were guaranteeing.

But amazingly, these guys formed a little company of individuals who believed in what they were selling. Sort of a faith-based marketing company. And what they have touted from the beginning is Life for the Eternal Run. You might remember this fellow named Jeremy Siegel from the 1990’s who wrote a book called “Stocks for the Long Run.” Everyone loved that book and thought that they were long-term investors in pieces of paper called stocks.

Don’t laugh, because pieces of paper are real, and you can see them too, unlike your soul. But things happen all the time that make the prices of these pieces of paper fluctuate. Remember Isaac Newton’s experience above? Everyone is happy, or so they claim, when prices are fluctuating “up.” But when they fluctuate “down?” Well, that’s a whole ‘nother thang, as they say in Galilee.

But back to the story of this little investment company started by the surviving partners of this fellow named Jesus. Well, it grew and grew, against all odds, through good times, and bad. The original partners must have been the luckiest men alive, because even though they didn’t have a university degree among them, the company they started, way back in the year 30 AD is still in business to this day.

And that’s a miracle in itself, because only one of those original partners died a natural death, and he only lived 94 years. The rest of them were all cut off and killed in their prime, most of them by the SEC. But despite all that, these fellows built up one heck of a team of follow-on leaders and followers. The Fortune 500 can’t hold a candle to them either. And would you believe they have branches open all over the world, in practically every country? They were global before global was, you know, the “in” thing.

The original partners’ succession planning skills must have been superlative. I hear that Warren Buffet is looking into their planning process as he prepares to hand over the reins of Berkshire Hathaway to his own successor.

The folks from the SEC, and their supporters, felt bad about what happened to the Founder, so at this meeting, they asked the First CEO the following question,

Peter said to them,

“Repent and be baptized, every one of you, in the name of Jesus Christ, for the forgiveness of your sins; and you will receive the gift of the Holy Spirit. For the promise is made to you and to your children and to all those far off, whomever the Lord our God will call.” He testified with many other arguments, and was exhorting them,“Save yourselves from this corrupt generation.”

Those who accepted his message were baptized, and about three thousand persons were added that day.

And that is when the growth started and it’s never stopped. St. Peter & Co. were giving away shares then, and they are still giving away shares now. I’m not sure how Warren Buffet would feel about that. But I don’t pay much attention to WB and his investment vehicle nowadays anyway because frankly, I’ve thrown all of my own spiritual capital in with the fellows who followed the immortal founder of this little company that got off the ground around 2000 years ago. And the returns I will be receiving don’t end when my body dies either. They will just be beginning at that point.

Because just like it says up there in the subtitle of this blog, “on the joy and inexhaustible meaning we find in the Faith,” it will take an eternity to exhaust the joy and meaning found in God. It will take an eternity of lifetimes even to understand a thimbleful of I Am and all of His works. And that is the essence of investing, body and soul, for the ultimate long run.

Did I mention that they are still giving away shares in this endeavor for free? Oh, there is a price, it’s just not denominated in dollars.  All are welcome! Have a look at the prospectus. You’ll be glad you did.

I came so that they might have life and have it more abundantly. 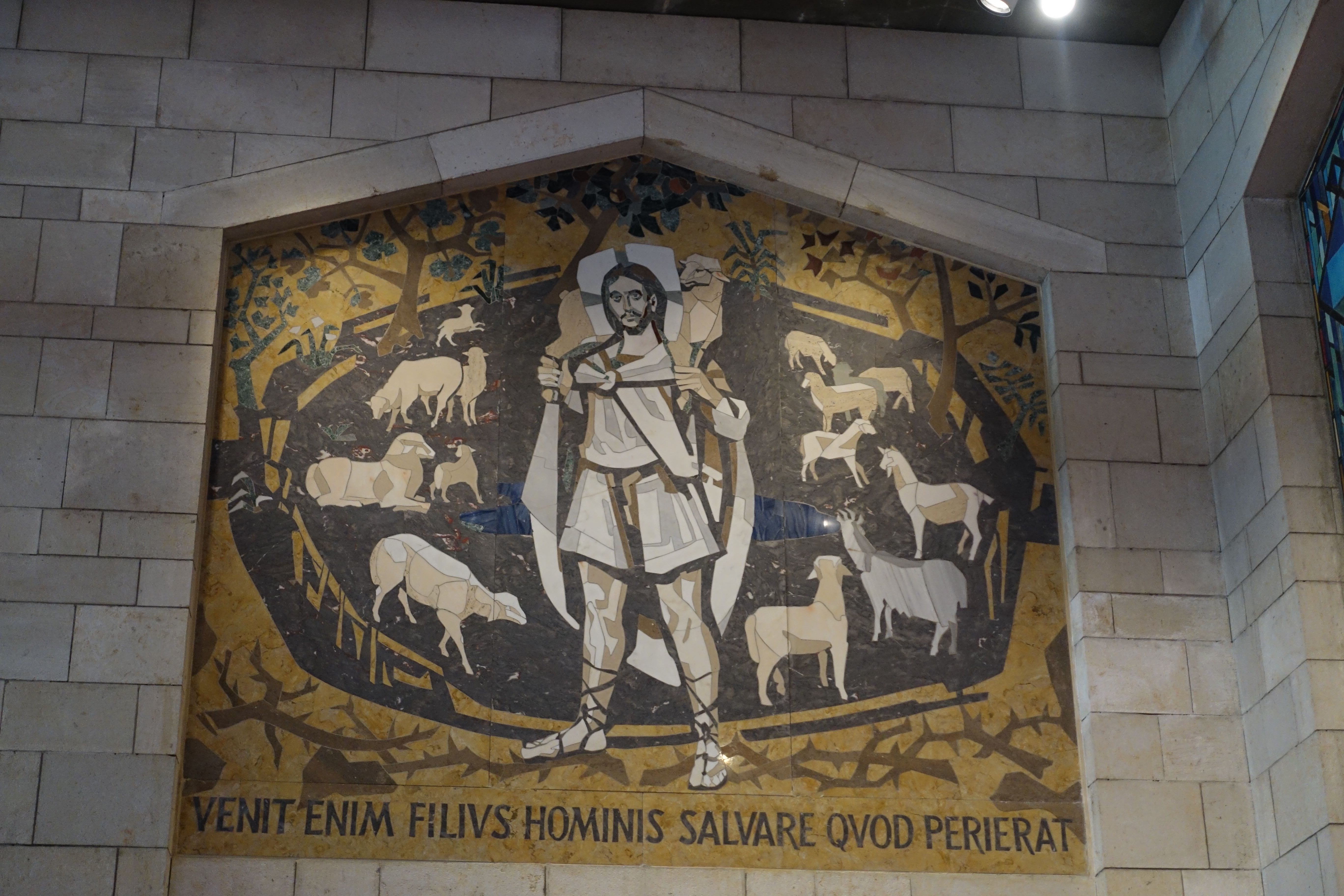 March 30, 2015 If The World Is Trying To Distract You, Then It's Probably Holy Week
Browse Our Archives
get the latest from
Catholic
Sign up for our newsletter
POPULAR AT PATHEOS Catholic
1