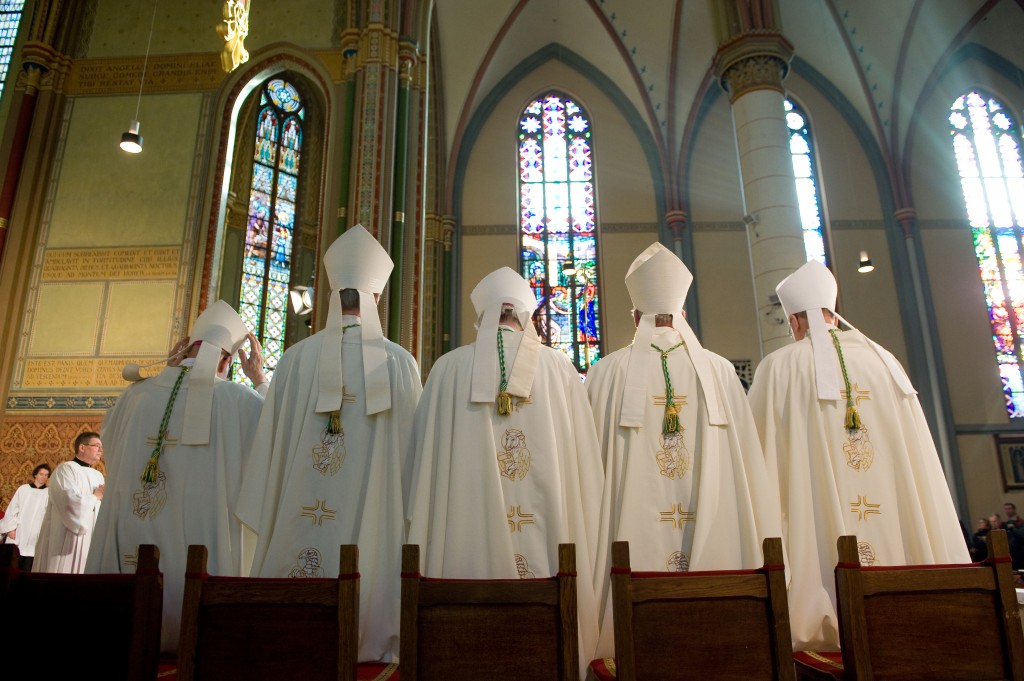 Six days after Governor Pence signed the Religious Freedom Restoration Act heard ’round the world into law, the bishops of Indianapolis respond with a statement. Would you believe on April Fools’ Day?

The recent passage of the Religious Freedom Restoration Act in Indiana appears to have divided the people of our state like few other issues in recent memory. We urge all people of good will to show mutual respect for one another so that the necessary dialogue and discernment can take place to ensure that no one in Indiana will face discrimination whether it is for their sexual orientation or for living their religious beliefs.

The Catholic Church is convinced that every human being is created in the image of God. As such, each and every person deserves to be treated with dignity and respect. This includes the right to the basic necessities for living a good life, including adequate healthcare, housing, education, and work. The Catholic Church teaches that the principle of religious freedom also is rooted in the dignity of the human person. Religious freedom is one of the most cherished rights in the U.S. Constitution. The rights of a person should never be used inappropriately in order to deny the rights of another. We are called to justice and mercy.

We believe that it is crucial that religious freedom be protected. As Pope Francis wrote in his apostolic exhortation, The Joy of the Gospel: “No one can demand that religion should be relegated to the inner sanctum of personal life, without influence on societal and national life, without concern for the soundness of civil institutions” (n. 183).

We support efforts to uphold the God-given dignity of all the people of this state while safeguarding the rights of people of all faiths to practice their religion without undue burden from the government.

I’m  not sure what took so long, but better late than never. While you’re here, see what the Indiana Catholic Conference said about SB101 back in February here.

March 31, 2015
For The Unshakeable Faith Of The Families Of The Egyptian Martyrs
Next Post

April 2, 2015 Catholic University In Indiana Affirms The Revised RFRA Signed Into Law Earlier Today
Browse Our Archives
get the latest from
Catholic
Sign up for our newsletter
POPULAR AT PATHEOS Catholic
1