And I’m not sorry to say that. Far from it. The horse I’m backing is pictured above, and the race I’m referring to is held in LeMans, France, in June.

But Frank! What about the race for POTUS? How do you not lay awake at night in fear of what is at stake? The country, man. OMG!

Ah. That’s easy, dear reader. I’ve said this before, and I’ll say it again. I tend to not get riled up about stuff that I don’t have much control over. And last time I checked, that’s a whole heap of stuff.

So consider that I’m a disciple of the Man who said,

“…seek first his kingdom and his righteousness, and all these things shall be yours as well. Therefore do not be anxious about tomorrow, for tomorrow will be anxious for itself. Let the day’s own trouble be sufficient for the day.”

Now, just because something is simple doesn’t mean it’s not difficult. Think of the parable about the good Samaritan that Jesus used to instruct the scholar of the law who asked slyly, “who is my neighbor?”

You remember it? A man on a journey gets waylaid by thugs, and all manner of folks with more important things on their minds went out of their way to avoid helping the stranger right before their very eyes, and well within their reach.

Perhaps he was too caught up in the political troubles of the day, troubles he had almost no hope of changing, and as a result, he ignored the person who he literally had to cross the street to avoid helping. Same story for the Levite (ahem, priestly class, again) who came upon the man next.

Nope, the only person who had his wits about him was the powerless, lower caste, fellow from the awful, heathen (practically godless) region of Samaria. But the Samaritan did the simple thing that was hard, see? He helped his fellow man out TODAY.

Right now. In the present moment.

And the Samaritan went even further, and treated the victim like he was a wealthy lord. He treated him better than family, in essence, promising to pay more to those whom he entrusted the injured man’s care to when he thought the resources at his disposal weren’t enough.

For all we know, the Samaritan may have been headed to the chariot races. Jesus doesn’t say.

But as a kind of yeast that helps the whole loaf to rise, see, the Samaritan is our role model. And like him, with faith the size of a mustard seed, we don’t have to overly concern ourselves with all the traffic hurtling down the superhighway to worship the idol of politics. An idol which seems to enthrall a large segment of the culture these days.

Regardless of who becomes POTUS next January, I’m still going to be duty bound to feed the hungry, clothe the naked, visit the sick, etc., etc., etc. As it is, I suck at doing all of those things, regardless of who is in the Oval Office.

Pray that I do better, will you?

But tomorrow, in between cutting the yard, and planting the garden,  I’m going to be pulling for the Ford GTs to do as well at Spa as they did at Laguna Seca, in preparation for what will hopefully be a podium topping finish at LeMans.

Like the Good Samaritan, St. Thérèse of Lisieux teaches us a “little way” to heaven. Perhaps the narrow road is like the Mulsanne Straight? 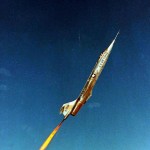 May 5, 2016
YIMCatholic Is Back At Patheos, Obviously
Next Post

May 8, 2016 Thanks to Our Mothers: Past, Present, and Future
Browse Our Archives
Related posts from Why I Am Catholic