Pictured above is a face many of my readers might not recognize, but you’re probably familiar with his work in Christian film-making. Remember the pro-life film Bella? This is Eduardo Verastegui, the guy who produced and starred in it. Verastegui has been on the front lines of Catholic anti-abortion activism for years, regularly speaking out against the Obama administration and founding his own LA-based outreach organization “Manto de Guadalupe” (Mantle of Faith). Meanwhile, he’s continued to work in faith-based shorts and feature-length films. Most recently, he holds an executive producer credit on the Spanish version of Son of God, a theatrical adaptation of The Bible mini-series.

But the story of the winding road that led him to this place is fascinating. His testimony provides a perfect spotlight for the purposes of this series.
Eduardo was born in a small Mexican town and grew up in the Catholic faith, but his obvious good looks and acting talent led him astray from his heritage as he grew older and entered show business. He embarked on his dream career at age 18 without the blessing of his parents. For ten years, he modeled, did soap operas, and found success with a Mexican boy band. City-hopping, he finally landed in Los Angeles to learn English by immersion. Dance-pop superstar Jennifer Lopez chose him to play her lover in a music video. This role was soon followed by the lead part in a racy Latin comedy film called Chasing Papi. Verastegui played the ultimate ladies’ man, his character literally dating three women at once. Soon he had been nicknamed “Mexico’s Brad Pitt,” with girls clamoring for him on every side.
In this phase of his career, Verastegui describes himself as “superficial” and his philosophy as completely relativistic. He had bought the lie that there is no such thing as objective truth, only our own versions of it. And oddly enough, he wasn’t feeling the satisfaction that he should have felt as a young actor finally getting to live out his dream. Eduardo recalls:

After all that I was very confused because I realised that all the things that I had achieved, that I thought were going to bring me happiness, didn’t. I felt I had everything in my life, but then on the other side, in my heart, I had nothing. I was very empty and very confused and very lost. Something was missing in my life and I didn’t know what it was.

But God brought good out of his experience on the set of Chasing Papi. The actors were paired up with English coaches, and Eduardo’s was a devoutly Catholic, persistent woman who immediately began pressing him to reconsider his life’s purpose. She challenged him to consider the cross around his neck as more than a forgotten decoration. She asked him whether he was content to follow the Hollywood pattern for Latin men—liar, cheater, womanizer—or whether he would dare to break out of the mold and become a man of integrity. Her probing questions were perfectly timed to coincide with Verastegui’s own growing uneasiness in the Hollywood path.
The change did not occur immediately, but six months later, Verastegui chose to rededicate himself to God. He realized he was being used by the establishment, blinded by his eagerness for fame and fortune. Now, nothing less than a clean break would do:

Eduardo had decided that film was no longer his calling, and he should pursue missionary work in Brazil instead. But his priest had a different perspective.  He believed God still had plans for Eduardo in the industry, but that Eduardo would have to wait until the right opportunity came along. This ignited a new vision in Eduardo’s mind: to someday make films that would make a difference, “to produce fruit for the world, not filth.”
With Eduardo’s new-found resolution came the uncomfortable realization that he might never work again. For four years, he was bombarded with offers, every single one of which he turned down, because all of them perpetuated the same decadent image he sought to leave behind. This choice didn’t come without a price. Eventually, it got so bad that he could no longer pay the rent. People around him, including close friends, tried to persuade him otherwise. Some of them argued that not all his scenes would be equally explicit, and some maybe only a few minutes long. But Eduardo pointed out that these scenes can take “all day” to shoot, and even if the scene involves “just” passionate kissing, “it can play with your mind, especially your thoughts, since the woman in the passionate scene could be married or in a serious relationship.” As a young, single man, he knew it would be playing with fire to court temptation in any way, and all the more so with scenes where “the Blessed Virgin Mary or my mother would have to cover their eyes.”

To bring his vision to fruition, Eduardo needed money, and four years of turning down “filth” had left him completely broke. But unbeknownst to him, God was also providentially working in the heart of a close friend’s younger brother back in Mexico City.  Alejandro Monteverde has experienced a similar re-conversion and began writing the story of what would become Bella. And he wanted Eduardo to play the main role. But Monteverde was penniless as well. The two men formed a partnership anyway and waited on God to provide. Then, in yet another twist of providence, God brought them together with Leo Severino, a former business manager at 20th Century Fox who had also left Hollywood behind to use his talents redemptively. They christened their brand new film company Metanoia (Repentance) Films. But the money still wasn’t there yet.
It was then that Verastegui received the chance to visit Rome and meet with Pope John Paul II, shortly before his death. Verastegui asked the Pope to pray for the fledgling film company. A mere ten days later, they met a financier who believed in their vision enough to give them the $3 million needed for Bella.
After Metanoia Films was founded, Verastegui founded his Guadalupe outreach organization for pregnant girls in 2005. Bella came out in 2006, debuting at the Toronto Film Festival. Word of mouth gave it a surprisingly long theatrical run. It won a People’s Choice Award and wide critical acclaim. The story follows a day in the life of a young waitress who discovers she’s pregnant only to be fired from her job. Verastegui plays the older brother of the restaurant’s manager, leaving his own chef’s post there to follow her through New York City and get to know her better. In the process, he reveals pieces of his own hidden past.

http://www.youtube.com/watch?v=PthGeWTPgbo?rel=0&w=500&h=315 As a side note, I find it amusing that despite the unpopular anti-abortion message of the film, 44% of the critics on Rotten Tomatoes gave it a “fresh” rating, which is more than three times as high as the rating given to Eduardo’s breakout film Chasing Papi. Not only did his re-dedication to God lead him to make movies with a better message, it just led him to make better movies, period.
Since the success of Bella, Verastegui has remained busy with his political activism and his film work. He campaigned vigorously against Barack Obama both in 2008 and in 2012. He starred in the inspiring short The Butterfly Circus, which also stars  Nick Vujicic as “the limbless man” in a circus troupe, and appeared in the pro-Catholic film For Greater Glory, which chronicles the little-known Cristero War of 1920s Mexico. Interestingly, he wasn’t afraid to criticize For Greater Glory actress Eva Longoria for her Democrat activism in the 2012 election year. He said it was especially ironic that, as a fellow Latino, she would contribute to the campaign of someone whose abortion agenda has exploited so many Latinos (and other minorities).

Verastegui and his friend Monteverde also helped produced a short film called Crescendo about the birth of Beethoven, which was spearheaded by Justin Bieber’s mother of all people! As of now, his small company is in post-production on their largest-scale project yet, a period piece called Little Boy that follows a fatherless 8-year-old through WWII. It appears that the project was shelved for a couple years after its announcement in 2011, but it’s now set for release in February 2015, with top-flight actors like Emily Watson in major roles.
Today, Eduardo reflects gratefully, “There is nothing more exciting than waking up every morning to fight for something you believe in.” In this article, he shares two stories about how he was personally able to stop an abortion through his work on Bella.
There’s no question that God has blessed the fruit of Eduardo’s labor. You might call him the Catholic Kirk Cameron, who made a similar break with Hollywood and now also produces his own faith-friendly films. Still, we might note that Eduardo’s initial radical refusal to accept any Hollywood work was greatly simplified by the fact that he was single. He also had a clear vision for ultimately starting his own film company. Moreover, the fact that English wasn’t his first language limited the range of his offers to sleazy Latin stereotypes. What about an equally pious actor who’s not single and has no production aspirations? Could he afford to be similarly ruthless in turning down roles? Or would he have more options as a native English speaker? Tune in next time… 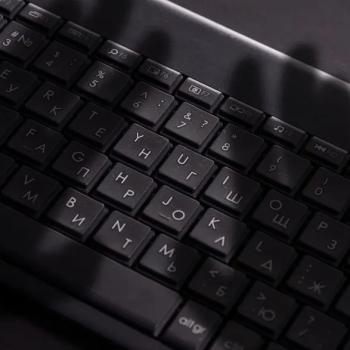 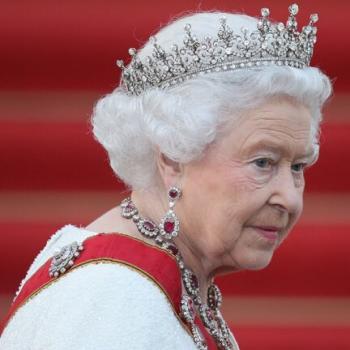 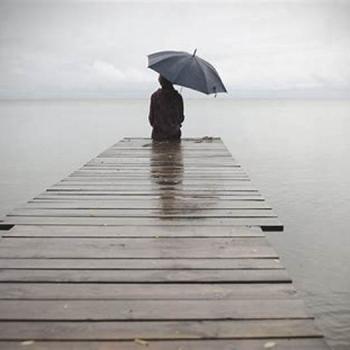