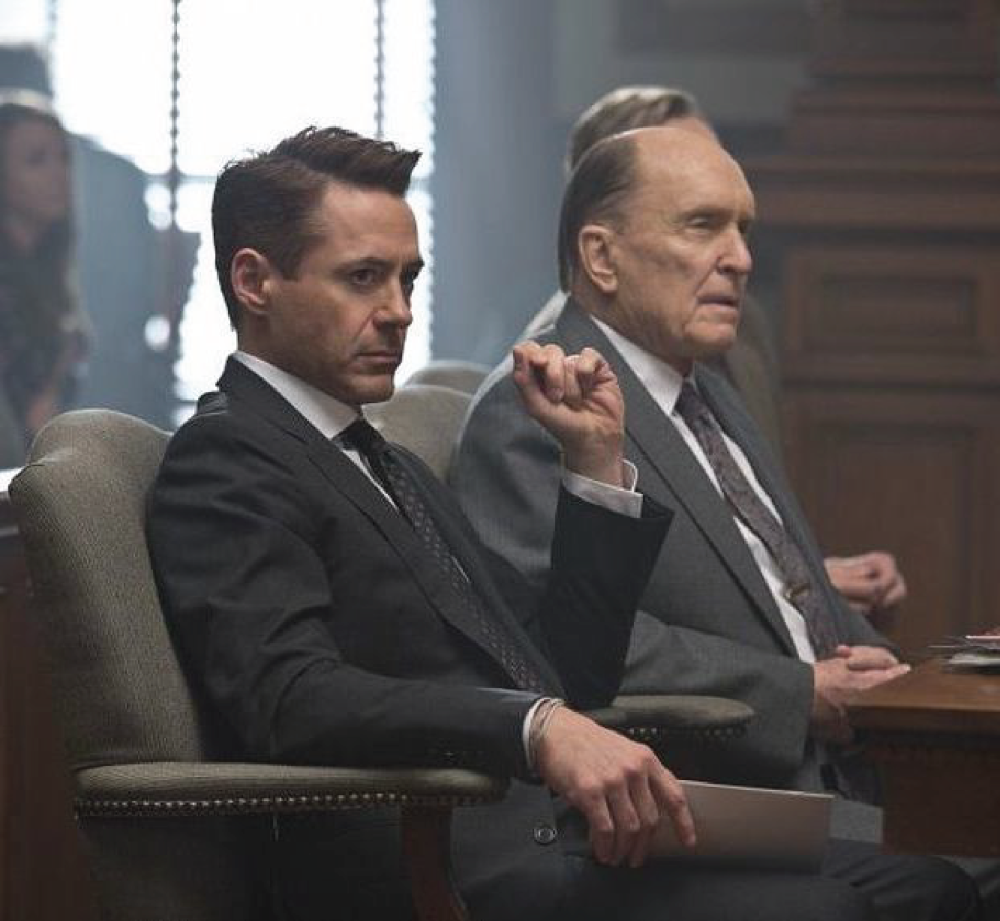 A good movie is hard to find. Bad writing, bad acting and even worse morals are the norm for much of what Hollywood is shoveling out these days. And more often than not, self-styled Important Films that Say Something wind up being thinly-disguised propaganda for the political left. Apparently, that rare breed of film that simply tells a story isn’t considered Important enough in and of itself.

While he has quietly voiced some conservative opinions, actor Robert Downey, Jr. seems like an unlikely candidate to lead a revival of substantial, thought-provoking movie-making. But the star who’s made millions in mainstream superhero flicks has surprised his fans by expressing a desire to do just that, with a production company he and his wife have co-founded themselves. The Judge is their debut project. And while the Hollywood establishment is wrinkling their noses at it, it appears that the majority of ordinary movie-watching Americans are giving it a thumbs up.
The film is billed as a courtroom drama, whose two main characters are a father (Robert Duvall) and son (Downey, Jr.) attempting to find reconciliation after decades of silence and bitterness. The father is the county judge, and the son, Hank, is an arrogant hotshot lawyer. (His tagline: “Innocent people can’t afford me.”) When their wife and mother dies, Hank’s return re-opens old family wounds. And just when it seems things couldn’t get worse, his father is involved in an accident that looks suspiciously like murder. What’s more, the Judge is suffering from memory loss and can’t recall any of it. There’s only one decent choice for Hank: Stay and defend his old man in court. But that may be easier said than done.
The father-son bonding premise intrigued me, and after watching this trailer, I was hooked by the acting and the writing (note: one crude slang term). I decided to see the film and give it my own verdict. My verdict is that The Judge is simultaneously the best and most frustrating movie I’ve seen all year.
I can give two reasons right off the bat why it’s the best, and they both start with a D: Downey and Duvall. In a word: Dynamite. These two actors are so intense on the screen together, I believed every word of every scene they played. I believed the pain, the anger, the regret, and beneath it all, the love between this stubborn mule of a father and this selfish jerk of a son. The critics say it’s sentimental hogwash. They must have watched the wrong movie. This movie is an honest, wrenching depiction of what re-building a relationship looks like.
As in real life, the humbling process is not a smooth curve. Moments of real love and tenderness alternate with moments of explosive rage. In one of the most moving scenes, the Judge is struggling to walk and unable to control his bodily functions. Hank gently helps his father into the tub and begins to shower him down. And right at that moment, his little daughter knocks on the bathroom door. “What are you doing in there?” The men look at each other and begin to laugh softly. “What do you say?”
It’s a beautiful moment, and yet several scenes later, they’re at it hammer and tongs all over again. Hank’s younger brother Dale sums it all up in a scene shortly after the Judge’s fateful accident. Hank is driving and asking his father a rapid-fire series of questions, and as the exchange peaks, he slams the brake and flies backwards into the driveway, stopping just short of the garage. As his brothers watch from a distance, Dale observes, “We shouldn’t let them drive together.”

October 28, 2014
Hudson Taylor on Weeping For the Lost
Next Post

A Sign of the Times: When...
The Chorus In The Chaos
Related posts from Young Fogey