Let the Heart Its Music Bring 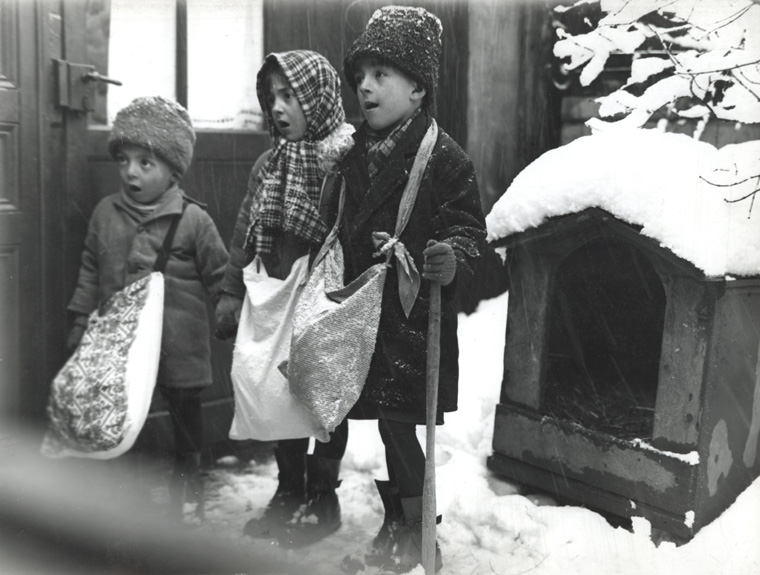 Unlike some of you, I had the good fortune to attend a church service this Christmas Eve. I had the further good fortune to enjoy the service while being able to see the faces of the other attendees, freely singing with no mask of my own. Of course, there were about 3.5 of us, my church being the wonderful dying little one-room Continuing Anglican affair that it is, so the rebelliousness factor was limited. Still, we enjoyed making our way through the Nine Lessons and Carols, followed by sung Mass. For Communion, we sang the plainchant classic “Of the Father’s Love Begotten.” It was pointed out to me that this verse has special poignancy right now:

And the heart its music bring

Sadly, this year has made it difficult for Christians to actualize this beautiful picture of old and young mingling together as Christ’s body on earth. Even where churches have opened up, some have enforced (or tried to enforce) various distancing and masking restrictions. And that’s just for the people who are allowed to attend church at all. For elderly saints in nursing homes who normally would be allowed to mingle with extended family and friends on Christmas visiting times, new policies have been put in place which forbid them from extra-familial activity—like church-going. I heard second-hand a story about one lady who did not follow this particular restriction and subsequently died with COVID. I’m sure many outlets would love to spin this as a cautionary tale, but given that one of the workers in her home had tested positive, it’s not at at all clear that she wouldn’t have died anyway. And in any case, I would say good on her.

To me, that woman’s story exemplifies one of the more controversial opinions I’ve formed in this crisis, which is that even the practice of “shielding the vulnerable” can amount to a form of coercion that I don’t think we should automatically accept, especially as Christians. We’ve now seen more than one case of an elderly person who deliberately chose assisted suicide over isolation because it would allow them to be with family. The elderly are lonely as it is, especially shut-ins and nursing home residents. I don’t believe due consideration has been given to those who would far rather take their chances with the virus for the sake of enjoying simple human connection again. Those who would rather be given the chance to “live right on,” to borrow a memorable phrase from Wendell Berry’s Hannah Coulter, most memorably uttered by an old man who’s chosen to let cancer run its course rather than fight it with radiation. I’m thinking too of a family who invited an isolated old man from their church to spend Christmas with them, which he gladly accepted. The father’s reflection on this is something I’ll carry into 2021 with me: “If you’re going to die, let your last memory be that you spent Christmas with a family who loved you.”

Meanwhile, Kirk Cameron has apparently caused a stir in California by leading a caroling party, where “matrons and little maidens” alike were invited, nay, encouraged, to blend their unmasked voices in song. This led to some unintentionally funny reportage:

The crowd, appearing to be about 75 to 100 people, was caroling outside The Oaks mall – right next to a COVID-19 testing center.

There were people of all ages, from children to senior citizens, in the group. Few, if any, could be seen wearing masks or distancing from each other in aerial footage from AIR7 HD.

They were apparently ignoring the repeated warnings issued by health officials throughout the region urging people not to gather in groups and to wear masks in public at all times as COVID-19 patients fill local hospitals to their maximum capacity.

Good for Kirk Cameron, I say. I could only wish for more such unapologetic public outbursts of Christmas spirit, in a world more desperate than ever for tidings of comfort and joy. Far as the curse is found, let men their songs employ. Let the earth be glad. Let light break forth. Let the heart its music bring.

Evangelical
Christmas, For the Time Being
Young Fogey