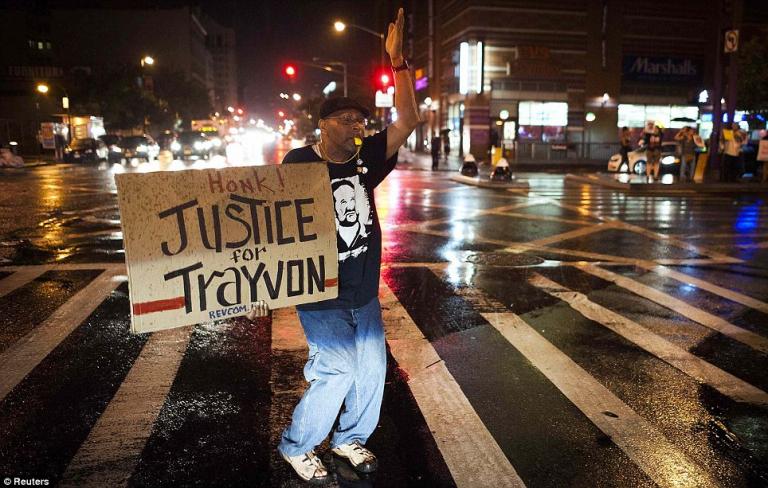 To be honest, I couldn’t handle the never ending posts, comments, links, denunciations, pseudo-insights, and outrage coming from both sides of the George Zimmerman verdict. Not because I’m better than that.

I couldn’t handle them because it was like looking in a mirror I couldn’t turn away from.

When I heard Zimmerman was going to walk I was dumbstruck. At the very least l thought he would be convicted of manslaughter for needlessly taking the life of an unarmed child.

So, when he walked out of the courtroom a free man I wanted to scream and shout and blast anyone and everyone on the internet who disagreed. But right before I hit “post” or “tweet” on my perfectly construction declaration of outrage, I realized that that was all I was really going do about.

A few angry comments here, a “like” and retweet there, and that’s it.

I wasn’t going to go join a protest anywhere or leave my comfortable life to join an intentional community somewhere or really go out of my way to make any significant changes in my life.

I was going to get riled up for a few days, then slowly but surely forget about it until the next great cause for outrage raised its ugly, but predictable head.

Because I am a product of my privileged generation.

I live vicariously through the banner raising, arrest risking protest of others as if sharing a link to their news coverage is somehow the same as standing between the oppressor and oppressed.

I hear about injustice and oppression and all the other ills that plague society and I get pissed and I might rant about it on the internet and maybe even donate a dollar or two to some cause and then I do nothing. Ok, maybe that’s overstating it a bit, I might join an online campaign or spend a few hours here and there doing charity work, but I’m sure as hell not putting my money, or my faith, whether my mouth is like Shane Claiborne or the countless others who have radically changed the way they live every moment of their lives.

Sure, there are some of us who are moved to action, who will go out and protest or maybe even move into an underprivileged neighborhood, but for the vast majority of us our outrage is exhausted with the click of a mouse. As great and powerful and world changing as the internet can be, it has transformed most of us into outraged slacktivists – people who erupt in fury when brought face with injustice through television and social media, but who don’t actually do anything about it in the real world.

We scream about racism on Facebook, but live in neighborhoods where everyone, or at least almost everyone, looks just like us.

We denounce gun violence on Twitter, then inoculate our minds to the reality of violence by saturating our imaginations with hyper-violent forms of entertainment.

I’m just as guilty as everyone else.

Other than a house or two here and there, my neighborhood looks a lot like me. My television and movie watching have all but inoculated me to violence to the point that my gut reaction to atrocious crime, isn’t a plea for justice and it isn’t certainly not a declaration of love for my enemies. It’s a cry to wipe them off the map. And I may write about injustice, oppression, and poverty on my blog, but I’m not making nearly enough significant sacrifices in my own life to make a difference.

And for that I feel incredibly guilty and hypocritical and embarrassed.

I’m not trying to simply be self-deprecating here.

I want to do better.

I need to do better.

The Trayvon Martins of the world, the girls forced into the sex slave trade, the families working dusk to dawn just to put food on the table, they demand that we all do better.

I am not saying we shouldn’t keep expression our outrage on the internet or taking advantage of the simple ways we can contribute to societal change. We should. Properly utilized the internet can be an incredibly powerful and effective tool for social change. But while our digital outrage can have an impact on the injustices of our world, more often than not when it comes to long lasting change our online slacktivism is about as effective as a gnat trying to move an elephant.

We get riled up and causes go viral, but our moments of triumph are fleeting, the forces we thought vanquished rise again like the tide.

Because as angry and indignant as we may get, and rightfully so, we rarely make the significant changes in our lives necessary to bring about the change we want to see.

The simple truth of the matter is that if our lives don’t match our words or our mouse clicks, then our outrage rings hollow.

If you would allow me to be so bold as to put a spin on the ancient words of the writer of James, I think he has wisdom many of us need to hear, or at least I do…

“What good is it, my brothers and sisters, if someone claims to be outraged over injustice, but does nothing about it? Can such outrage change anything? Suppose a brother or a sister is without clothes and daily food. If one of you says to them, “Go in peace; keep warm and well fed,” but does nothing about their physical needs, what good is it? In the same way, outrage by itself, if it is not accompanied by action, is dead.”

The writer of James, of course, was talking about faith, but ultimately what I think he was saying is that real, lasting change requires a collective incarnation of the ideals we claim to hold so dear.

Which means as long as our outrage is exhausted by the click of a mouse, the world we want to live in will never come about.

But if we could transform our words into deeds.

If we could bridge the gap between our online lives and our embodied lives.

If we could harness our digital outrage and channel it into material changes in the way live and interact with the world, then there is a real chance that we could very quickly go from being a generation of outraged slacktivists, to a generation that changed the course of human history. 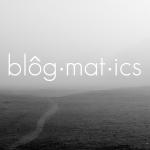