Nobody Is Getting Left Behind (Because The Rapture Is Never, Ever Going To Happen) 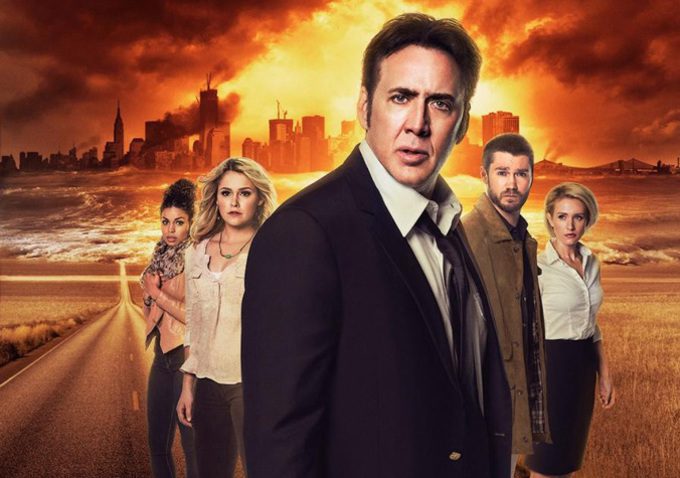 But, there is no such thing as the rapture.

Of course, you couldn’t tell me this when I was in high school because I was head over heels in love with biblical prophecy. Nothing else mattered. I was utterly convinced that the book of Revelation was a road map to the future and Jack Van Impe was the prophet who could unlock the apocalyptic map for me. I even had the Jack Van Impe Prophecy Bible

, leather bound and color coordinated to let me know exactly what each verse prophesied. So sure was I that the rapture would happen at any moment, that I believed it to be my mission from God to  let everyone around me know that the end was nigh so they would not be left behind.

I was genuinely shocked every morning when I would wake up to find myself still in my bed and not standing at the pearly gates.

Was my math wrong?

Had I missed a color coded clue in my prophecy bible?

Surely Jack Van Impe hadn’t misread a sign in the news. So why hadn’t I been raptured already??

This went on for years, until finally I entered college.

A christian college, of course. Where else would an end times expert go to school?

I was a religion major. So, I decided I would clear this rapture matter up once and for all with one of my religion professors as soon as possible and finally get a precise date for the rapture.

After all, isn’t that the whole point of being a New Testament scholar? To be able to predict the rapture?

Not long after I arrived at college I had a meeting with my advisor, a professor in New Testament theology. I thought surely, if anyone understands the signs of the times as well as Jack Van Impe, it would be him. So, I confidently marched into his office, instantly recognized that his efforts to work through my class schedule were a not so subtle invitation to discuss the apocalypse, and spent the next 20 minutes or so explaining to him why I knew that the end was nigh and why I was so frustrated that this fact wasn’t the only thing we talked about in class or the only thing my pastor preached about every Sunday morning.

Fortunately for me, he was a patient man.

It was almost as if he had heard this speech before from some other young end times expert. While I hated his response at the time, his words forever changed my perspective on biblical prophecy and the rapture.

He said, “Here’s my problem with Jack Van Impe and guys like him: They are trying to pinpoint places on prophetic map that simply doesn’t exist. Are we living in the last days? Absolutely, but we have been ever since Jesus walked out of the tomb on Easter morning.”

He said more, but to be honest I don’t remember it because I was floored. How dare he say there is no prophetic roadmap?! Had he not read any of the Left Behind books?? It was all there in black and white!!

When I finally calmed down about a week later, I decided to investigate his nonsensical claim further and attempt to do so with as open a mind as I possible could. It wasn’t an easy process. Or a short one. But once I reached the end of my prophetic investigative journey I reached one clear and indisputable conclusion.

It hurt to admit it and to be honest it kinda still does. But there was no way around it – the rapture was never, ever going to happen.

You see, I had made the same mistake that Jack Van Impe makes. He shouts (or at least passionately pleas) the loudest and only hears others like him shouting that the end is nigh. So, over time he becomes convinced that the rapture is imminent, that he has it all (or at least a lot of it) figured out, and that everyone who disagrees will be left behind.

Like my prophetic hero, I was screaming the loudest that the rapture was imminent and I only surrounded myself with voices that agreed with me. Because of this, I was never able to hear a crucial piece of information: no one in the church has ever even believed in the rapture until the last 200 years or so.

The truth is most of us in the church are bad at church history.

This deficiency may seem inconsequential, but it’s actually a huge problem in an always connected world where a single viewpoint can quickly go viral and come to dominate the view of Christians everywhere regardless of whether or not it has any foundation in the historical faith of the church. All too often we get swept over by a tsunami of theology that stems from little more than a passing meme, an impassioned Facebook status, a viral blog post, or even a catchy bumper sticker. Everywhere we look people seem to be saying the same thing. So, eventually we just give up thinking for ourselves, assume that that many people can’t be wrong, and conform to the mob for fear of drowning in the sea of disagreement.

Unfortunately, just because you read it on the internet, that doesn’t make it true.

And just because they make a movie about it starring an Oscar winning actor, well, that doesn’t make it true either.

But if you do decide to shell out your hard earned money to go see Left Behind this weekend (though I can’t blame you; it’s all but impossible to look away from a train wreck), here are a few things to keep in mind.

First, as I said before, the idea of a rapture never even appears on the church’s radar until the late 18th and early 19th centuries. You would think that such a pivotal moment in the life of the church would get a least a brief mention by someone like Luther or Calvin or Aquinas or maybe Augustine. But there is only silence.

The term “rapture” appears no where in the Bible. Of course, neither does the word “trinity.” But the concept of a triune God does appear throughout the New Testament. While the idea of believers being “caught up in the air” is mentioned, it is metaphorically describing the Second Coming. Paul is not claiming, nor even implying that Christians will disappear before all hell breaks loose on earth.

In fact, (and this is probably the second biggest reason the great thinkers of the church don’t talk about the rapture) the very idea of the rapture is antithetical to the narrative of scripture.

Because the Bible is a story about a God who journeys with His people through hard times even when it is God who has unleashed the judgment. He doesn’t pluck them out of danger. Whether that danger is slavery in Egypt, wandering in the wilderness, exile in Babylon, the travails of Job, oppression under the Romans, or the persecution of the early church, God walks with God’s people through the valley of the shadow of death. He doesn’t snatch them out of it.

If that is true, then our love for the rapture reveals a lack of love for the very world Jesus came to save. The very idea of the church abandoning the world in its time of need is endemic of an American Christianity that is more focused on the self than the needs of the other, more gnostic (concerned with right ideas) than actually Christian, and hyper-focused on the hereafter to the detriment of the here and now. Yes, the Second Coming is important – but so is everything that happens before.

But perhaps the most important thing to remember is the book of Revelation is not a road map to the future. It is the declaration that Jesus will return, justice will be granted to the oppressed, and all things will be made new. But it is not attempting to give precise details on how that will happen.

Rather than an apocalyptic road map, Revelation is a book of worship. It exists to declare the glory, power, and grace of God. It is not a guidebook to the apocalypse.

Now, I absolutely believe that Jesus will return one day to wipe away every tear from our eyes and make all things new.

But that is the Second Coming, not the rapture. Those are two very, very different things. One allows us to neglect the present world and let it crumble away while we focus on our own eternal glory. The other beckons us to participate in God’s restoration of creation by loving His people and showing them how to live the life God intended until He does return to bring that work of redemption to final completion.

We are absolutely living in the last days, but as my professor said so long ago, we have been ever since Jesus walked about of the tomb on Easter morning.

So, let us live as if these truly are the last days, not by running around telling the world “Good luck, we’ll see you later!” But by incarnating the love of God to a world desperately in need of His grace.

By doing that, we affirm the truth and hope of the resurrection while showing the world that the return of our Lord is not something to be feared.

It’s something to celebrate.

As I’m always welcoming new people to the blog I sometimes like to revisit an old post or two that sparked a good conversation, but may have been missed by those who weren’t around when it was originally posted. A slightly different version of this post first appeared in May, 2011. 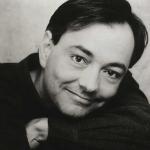 October 1, 2014
Words Of Wisdom From The Late, Great Rich Mullins
Next Post 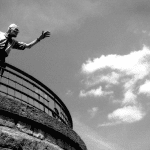 October 6, 2014 The Ironic Thing About Fundamentalism
Recent Comments
293 Comments | Leave a Comment
"I can't explain it, but everything is well with my soul. Maybe it is because ..."
bill wald Is It Really Well With My ..."
"Well put. Clear and concise."
Jack K No, Heaven Does Not Have A ..."
"Why is church so boring? And we're still pretending that people who call themselves "Doctor" ..."
Nixon is Lord George Zimmerman, Injustice, & My Slacktivist ..."
"This article is a truly sad story about a man who lost faith. The problem ..."
Joe Del Nobody Is Getting Left Behind (Because ..."
Browse Our Archives
Related posts from The Semi-Official Blog of Zack Hunt