The Curious Faith Of Puddleglum The Marshwiggle

The Curious Faith Of Puddleglum The Marshwiggle August 7, 2015 Zack Hunt 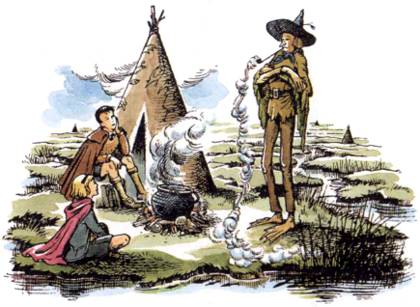 I’m not ashamed to admit that I’m a 32 year old man who still enjoys the occasional children’s book.

Well, mostly just the Chronicles of Narnia (with the occasional dash of Harry Potter). I mean, I’m not perusing the children’s section of my local Barnes & Noble to find something new to read. But I do enjoy the unexpected depth of Lewis’ stories.

One of my favorite volumes of Lewis’ Chronicles is The Silver Chair, mostly because I love the eternal pessimist Puddleglum.

He’s hard not to love. Always convinced doom is just around the corner, Puddleglum somehow remains incredibly endearing as he joins Eustace Scrub and Jill Pole in their search for Rilian, the lost prince of Narnia.

Though there are many memorable Puddleglum scenes in The Silver Chair, his shining moment comes towards the end of the book when, as Puddleglum himself would have predicted, doom walks through the door just as our heroes begin celebrating the successful discovery of the lost prince.

Just as their making plans to leave the underground kingdom where they found Prince Rilian, the lost prince’s captor, the Lady of the Green Kirtle, walks in and bars their escape. Rather than immediately engaging the escapees in combat, the Lady of the Green Kirtle – with the help of a fragrant fire and a magical instrument – tries to convince Puddleglum and company that neither Narnia nor Aslan nor anything in the world above ground is real and therefore they have no reason to leave.

It’s a fascinating scene that culminates with a heroic act and inspiring speech from the least likely of heroes: Puddleglum.

On the brink of succumbing to the Lady’s deception, Puddleglum stomps out the magical fire with his bare feet and delivers one of the most inspiring declarations of faith I’ve ever read.

“One word, Ma’am,” he said, coming back from the fire; limping, because of the pain. “One word. All you’ve been saying is quite right, I shouldn’t wonder. I’m a chap who always liked to know the worst and then put the best face I can on it. So I won’t deny any of what you said. But there’s one more thing to be said, even so. Suppose we have only dreamed, or made up, all those things-trees and grass and sun and moon and stars and Aslan himself. Suppose we have. Then all I can say is that, in that case, the made-up things seem a good deal more important than the real ones. Suppose this black pit of a kingdom of yours is the only world. Well, it strikes me as a pretty poor one. And that’s a funny thing, when you come to think of it. We’re just babies making up a game, if you’re right. But four babies playing a game can make a play-world which licks your real world hollow. That’s why I’m going to stand by the play world. I’m on Aslan’s side even if there isn’t any Aslan to lead it. I’m going to live as like a Narnian as I can even if there isn’t any Narnia. So, thanking you kindly for our supper, if these two gentlemen and the young lady are ready, we’re leaving your court at once and setting out in the dark to spend our lives looking for Overland. Not that our lives will be very long, I should think; but that’s a small loss if the world’s as dull a place as you say.”

Now, obviously, C.S. Lewis is using Puddleglum to not-so-subtlely thumb his nose at atheism, but I think there’s much more going on here than that.

More than just pandering to his Christian readership, I think Lewis is making a fascinating and provocative claim about what real faith – or at least real Christian faith – looks like.

For the uninitiated, Aslan serves as a Christ-like figure in the Chronicles of Narnia. Fidelity to or faith in Aslan is, more or less, the Narnia equivalent of the path towards salvation. Though it’s never really spelled out that way, in the final book of the series (The Last Battle), faithful Narnians (and at least one surprise guest) are welcomed into the Narnian version of heaven, while those that rejected Aslan are sent into darkness.

Although Puddleglum does make an appearance in Narnian heaven (Spoiler Alert?), it’s his response to the Lady of the Green Kirtle in The Silver Chair that makes Puddleglum’s faith so fascinating to me.

According to Puddleglum, even if Narnia and Aslan weren’t real, he would still keep living as if they were, which sounds noble, until you really think about it and realize how radical a claim he’s making.

As unbelievable as it might sound to evangelical ears, Puddleglum is saying he doesn’t care all that much about eternal salvation.

His focus on the here and now.

Throughout much of the Church today, particularly in the evangelical circles I grew up in, the focus in life is essentially the complete opposite. What happens in this life, we’re told, pales in importance when compared to eternity. Our focus as Christians, we’re told, should therefore be on eternity and where we’re going.

But Puddleglum’s focus isn’t on eternity.

He’s focused on the present.

And on others besides himself.

That’s the other really curious thing about the eternal pessimist’s faith.

He’s not living the faithful life just for what he can get out of it (i.e. salvation). Even if salvation (Aslan) wasn’t real and there was no hope of heaven, Puddleglum would still live the same way.

Why believe in something that can’t assure your salvation?

Why live a certain way if it won’t get you into heaven?

Because Puddleglum longs for a better world in the here and now, not simply to escape to somewhere else.

Or, you might say, Puddleglum longs for “Thy kingdom come, Thy will be done on earth as it is in heaven.”

There’s something deeply Christian about Puddleglum’s confession of faith that many of us self-professed Christians today would do well to learn from.

Faith, today, has become incredibly self-centered. For all our lofty rhetoric about loving our neighbors, we’re profoundly focused on self, on my salvation, my well being, my safety, my prosperity, my life, my eternity. Whether we realize it or not, we’ve adopted and sanctified a very American mentality that says take care of yourself first, then the rest will follow.

But for Jesus, the complete opposite is true.

For Jesus, everything (including our salvation) hangs on how we love God and neighbor, not how much we love and care for ourselves. This is why his life led to the cross and our should as well. Christ died to self and called us to go and do likewise because the new creation cannot dawn if, like Adam and Eve, we’re still focused on self. Rather than taking care of ourselves first and then going out into the world to do the work of the Kingdom, the work of the Kingdom begins by dying to self first and then continually putting the needs of others before our own.

This is why we must stop thinking of the gospel as an escape plan. It’s a call to participate in the building of a new world, in the bringing of heaven to earth. This is the sort of faith that Puddleglum is professing. One which tries to live out the hope he believes in, rather than waiting for the day when it might come to pass. Sure, he would benefit from a better world too, but without a deep love for those around him, even strangers from another world who show up claiming they’ve got a mission from God, Puddleglum would never have left his wigwam with people he didn’t know to risk his life to save a man he’d never met to restore hope and better future for his fellow Narnians whose names he’d never learn.

Imagine what might happen if our faith wasn’t just about believing the right things so we can get out of here and on our way to heaven.

Imagine what would happen if, instead, our focus was on caring for others and transforming the here and now.

And imagine what the future would look like if we stopped arguing with the Lady of the Green Kirtle and start living like Jesus whether we can prove God is real or not.

Which leads us to the other important lesson we can learn from Puddleglum.

Puddleglum doesn’t waste a lot of time and energy debating with the Lady of the Green Kirtle. In fact, he actually concedes that what she’s saying may actually be true. But as Lewis does so well throughout his many works (particularly in The Great Divorce), he uses Puddleglum to challenge our notion of the truth.

For Puddleglum, truth isn’t found in intellectual debate, but in a particular way of life.

For Puddleglum, the truth of Aslan and Narnia can’t be proven decisively through rhetoric;  it has to be experienced.

For Puddleglum, faith in Aslan isn’t an intellectual exercise. It’s a way of being in and for the world.

But if we invested as much time and energy into actually living the Christian life as we do defending its reasonableness, our faith wouldn’t need so much defending in the first place. 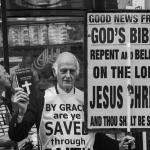 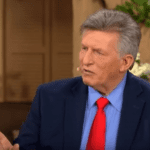