No, Robert Jeffress, Christians Don’t Need To Balance Loving And Excluding Our Neighbors 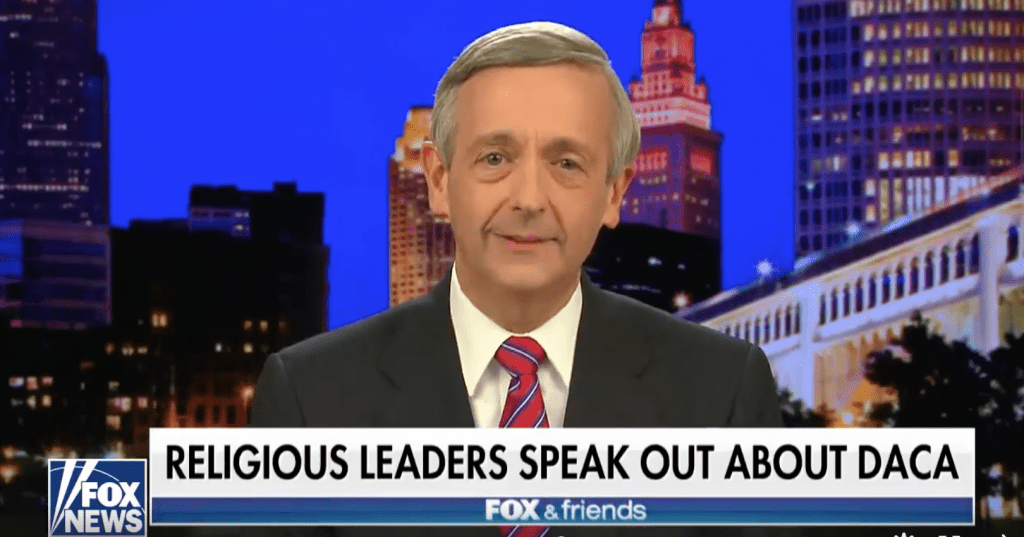 This morning on Fox & Friends, a show that was once quite literally a running gag on Saturday Night Live, Dallas pastor Robert Jeffress had this to say about the Trump administration’s immigration policy and whether or not Christians should support it…

“I mean, Jesus said we’re to love our neighbors as ourselves and that our neighbors are not just people like us, but people different than us,” Jeffress said. “But while Christian compassion is one consideration, it’s not the only consideration in the immigration problem. I mean, the Bible also says that God is the one who established nations and its borders.”

“God is not necessarily an open borders guy, as a lot of people would think that he is,” he added. “And thirdly, the Bible says God has ordained government to protect its citizens. So when you are talking about a Biblical solution to immigration, yes, we need to talk about compassion, but we need to balance that with government’s real responsibility to protect its citizens.”

According to Jeffress, the pastors were wrong to “lean on the side of compassion and [they] don’t balance it like it should.”

“I think these leaders and the pope are sincere, but they’re sincerely confused about the difference between the church and government,” he argued. “And so I think we need to keep those roles distinct.”

In fact, he’s going out of his way to wed church and state, or, at the very least, using the church to sanctify the state.

By functioning as Donald Trump’s religious mouthpiece, he is sanctifying state policy both with his role as a pastor and religious advisor to the president as well as his invocation of the Bible to justify Trump’s immigration policy.

Not that that is anything new for Jeffress. If anything, it’s his raison d’être.

But that is just the tip of the absurdity iceberg.

He begins by portraying Christian compassion as but one concern among many and to a certain extent that’s sort of true.

Christians should also be concerned with forgiveness, justice, grace, equality, and many other things that neither Jeffress nor Trump are particularly interested in.

But the thing about compassion for Jesus, is that it’s not just “one consideration.”

Compassion is why Jesus was incarnated in the first place: because God had compassion on humanity’s broken relationship with our Creator.

Compassion is the foundation of everything Jesus taught and lived, from the Sermon on the Mount to his defense of a woman caught in adultery.

Compassion is what led Jesus to the cross.

And compassion is, according to Jesus, what will separate the sheep from the goats on Judgment Day.

After downplaying the importance of compassion, Jeffress then tries to shift into the idea that biblical discussions about boundaries and nation states somehow exists as a counterbalance to compassion.

Except literally the complete opposite is true.

And then when we get to the New Testament and find Christians are no longer held under those laws, but under grace, what happens to the boundary lines separating the foreigner from the native citizen?

Because in Christ there is “neither Jew nor Gentile, neither slave nor free, nor is there male and female, for you are all one in Christ Jesus.”

So, in a way, Jeffress is right. God isn’t an open borders guy.

He’s a no borders God.

But, of course, as Jeffress’ conspicuously convenient proof-texting of Romans 13 demonstrates (“the Bible says God has ordained government to protect its citizens”), Jeffress isn’t interested in faithful or even honest biblical interpretation.

He’s just wants to be a faithful servant to Donald Trump.

Which is what allows him to utter one of the most obscenely unchristian things I’ve ever heard from someone calling themselves a pastor. Namely the idea that other pastors (and, by extension, Christians in general) are in the the wrong when they “lean on the side of compassion and don’t balance it like it should.”

Because as Jesus famously said, love your neighbor as yourself, but not too much. You want to make sure to dial back the compassion and balance it out with a healthy dose of fearmongering, scapegoating, and definitely don’t let them be your actual neighbors. I mean, come on! They need to know they’re place, otherwise they’ll start thinking they’re equals and things will just get out of hand for the white man.

And make no mistake.

That’s exactly what Jeffress is preaching.

When he and Trump stoke fears over the “danger” posed by immigrants, both documented and undocumented, it’s not folks from Canada or England or Australia they’re warning Americans about.

It’s folks from Central America, the Middle East, Africa, and anywhere else that isn’t white European.

And if you think that’s not true, then explain why they’re calling for a ban on immigrants from exclusively Muslim dominated countries and none from European countries where so many terrorist attacks have recently occurred and been perpetrated by European citizens?

Why are they silent in the face of domestic terrorism committed by white males?

And why are they’re demanding a wall be built on our southern border for “security,” but not on our northern border which is one of the longest, unsecured borders on earth?

If given the chance, Robert Jeffress would probably denounce slavery and he has denounced racism, but on a fundamental level he is no different than the slave supporting preachers of the 19th century who used the Bible to sanctify the government’s authority to enslave people of color.

Or as Trump likes to put it, it’s about “Making American Great Again.”

They can no longer enslave people of color, but they have a multitude of ways of keeping them out of our country, marginalizing and scapegoating them once they’re here, and denying equal justice to them even if they’re native born American citizens.

81% of white evangelicals who voted, cast their ballot in support of a man who embodies the insidious ways in which white supremacy remains institutionalized in America. So long as they (and their defenders) refuse to wake up to the reality that white supremacy isn’t defined by clowns in white hoods, but by any effort by anyone to scapegoat, marginalize, and excluded anyone who isn’t white in order to maintain white hegemony, preachers like Robert Jeffress will continue to spread their blasphemous, anti-Christ gospel without fear of accountability or consequence.

Their parishioners will continue to cheer them on with patriotic shouts of “Amen!”

And politicians like Donald Trump will come alongside them to enthusiastically accept their support and put them back into places of power so that together they can sanction and sanctify white supremacy. 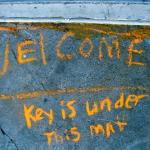 September 6, 2017
Welcoming The Stranger Is Essential To The Christian Faith
Next Post 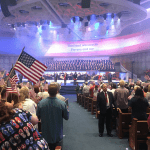 Will The Church Survive The Covid-19...
The Thoughtful Pastor
Related posts from The Semi-Official Blog of Zack Hunt