The Sanctified Racism of Robert Jeffress 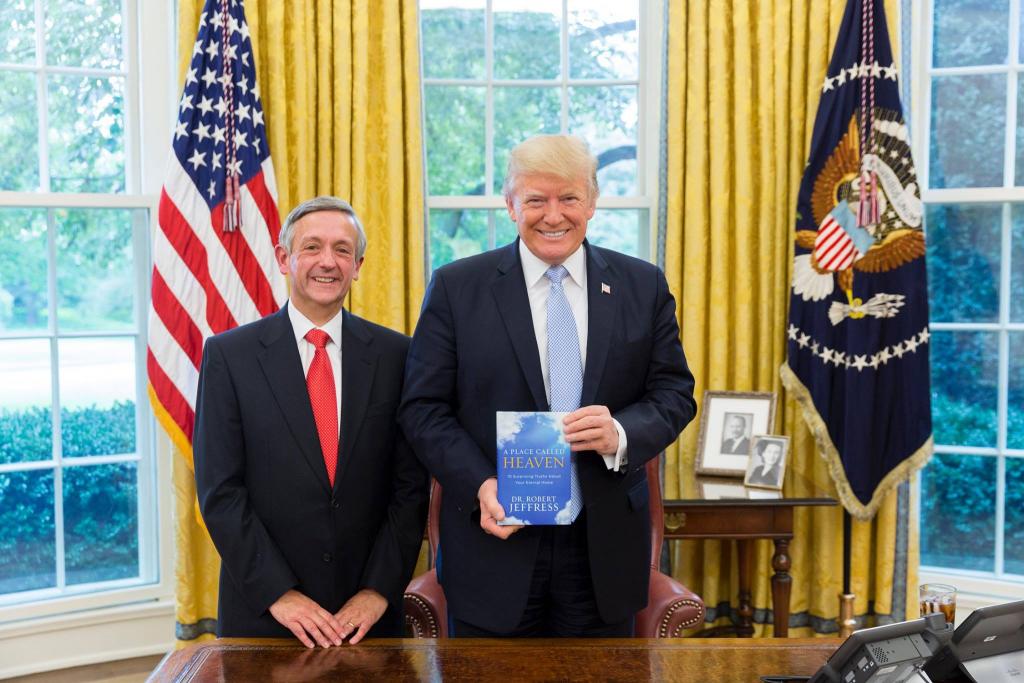 It’s not exactly news that Trump-loving Christians contort themselves in all sorts of ways to justify supporting a man who is so objectively anti-Christ in everything he says and does.

And yet those contortions never cease to amaze.

The latest installment of the seemingly never-ending and appalling series of Christian justifications for Donald Trump comes courtesy of one of his favorite preachers, Robert Jeffress.

In a recent op-ed for Religion News Service, Jeffress tried to explain why the sort of closed border, anti-immigrant policies advocated by the Trump administration are, in fact, very biblical and deserving of Christian support.

Jeffress begins his case for sanctified anti-immigration policies by providing himself with a bit of cover. He pretends to care about immigrant families for a moment…and then goes about explaining why Christians should be supporting the very same sort of policies that created the situation those DACA families find themselves in now.

Without a hint of irony or self-awareness, Jeffress accuses those Christians opposed to Trump’s anti-immigrant policies of “cherry-picking Scriptures to suit their own agendas.”

He then proceeds to cherry-pick Scriptures to suit his own agenda, proof-texting his way to ultimately claim that being anti-immigrant is actually a form of loving our neighbor.

But we’ll get there in a minute.

Jeffress first begins by taking the story of Paul and completely flipping it upside down and inside out to make it mean the complete opposite of everything Paul and the book of Acts tried to teach the early Church about the world transforming power of the gospel. Paul proclaimed that in Christ there is no longer any dividing line between Jew or Gentile, male or female, slave or free for all one in Christ Jesus our Lord. But Jeffress would have us believe that the book of Acts – which records Paul bringing Jesus’ boundary dissolving gospel to Jerusalem, Judea, Samaria, and the very ends of the earth (despite the objections of many church leaders!) – is actually somehow proof that “God is not an advocate of open borders….[because] borders are necessary to protect a country’s identity and security.” According to Jeffress, a world without borders is reserved for the next life, not this one. A claim he, like his fellow dispensationalists, offers absolutely no support for and which flies directly in the face of Jesus’ command that we should pray (and thus also live) “Thy kingdom come, Thy will be done on earth as it is in heaven.”

After contorting the book of Acts to the point of being utterly unrecognizable, Jeffress moves on to one of his favorite proof-texts: Romans 13 and the worn-out argument that Christians should blindly obey authorities because they’ve all supposedly been appointed by God. This is the same proof-text Jeffress trotted out when he tried to claim Trump had the divinely ordained authority to “take out” Kim Jong-un. It wasn’t true then, Christians needing to blindly support government authority isn’t true now, and Jeffress claim that we should only serves as further proof that had he been alive in 1940s Germany, he would have been offering these same sort of sanctified screeds for Hitler and the Nazis. And if you think that’s hysterical hyperbole, I encourage you to go back and read German pastors’ justifications for supporting Hitler. For every Bonhoeffer, there were plenty of other German pastors defending Hitler and his policies in the name of Jesus and Romans 13 – just like Jeffress defends Trump.

Speaking of Jesus, it’s Jeffress contortion of the words of Christ that is the most appalling.

The crescendo of Jeffress anti-immigrant sermon arrives in his claim that Jesus’ command to love your neighbor as yourself is actually a call to clamp down on border security. And no, that’s not a hyperbolic straw man. That is actually the argument Jeffress tries to make, claiming that the recent tragic death of NFL player Edwin Jackson would have been avoided if “we demonstrated love for Jackson and his family…[by having] a strong border that kept Orrego-Savala out of our country and off our streets.” Never-mind the fact that Jackson’s death had absolutely nothing do with Orrego-Savala’s immigration status and everything to do with his selfish decision to drink and drive.

What Jeffress is doing here is sanctifying the racist, anti-immigrant rhetoric Trump and his supporters have been spouting for years. It’s the same sort of rhetorical move Trump made in his State of the Union speech when he not-so-subtly implied that all undocumented immigrants are MS-13 gang members who cross the border to rape and murder innocent, hardworking Americans. Ok, maybe, not all undocumented immigrants are gang members, but they’re “illegals” and inherently dangerous! That’s why we’ve got to secure our borders!!

Or at least that’s what Jeffress and Trump would like you to believe.

The demonization of immigrants (both legal and otherwise) is nothing new, of course, but Jeffress gives it added weight by sanctifying it with his cherry-picked and completely bastardized use of scripture.

In doing so, he’s playing the exact same game as countless racist preachers that came before him. In fact, you can draw a straight line back from Jeffress op-ed to preachers claiming that the separation of the races was biblically ordained in the 1950s. You could then draw that line back even further to the preachers who stood behind the pulpit in the 19th century proclaiming that slavery was biblically ordained.

Jeffress has proudly and defiantly taken up the racist mantle of his segregationist forefathers and the slavery loving preachers that preceded them.

But there will always be preachers like Jeffress who call evil, good and good, evil.

The real tragedy is he’s not alone.

The real tragedy is that Donald Trump continues to enjoy the overwhelming support of a vast majority of white evangelicals who, like Jeffress, have twisted themselves into a pretzel, convincing themselves that Trump’s naked racism, bigotry, misogyny, and hate-mongering are the way of Jesus.

Or at least part of some mysterious divine plan.

Which sounds ridiculous when you put it that way, but hear them out.

They’ve got a Bible verse to prove it. 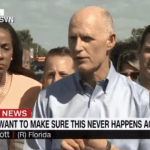 February 15, 2018 We Don't Have A Difference In Political Opinion, We Have A Difference In Morality
Recent Comments
0 | Leave a Comment
"I can't explain it, but everything is well with my soul. Maybe it is because ..."
bill wald Is It Really Well With My ..."
"Well put. Clear and concise."
Jack K No, Heaven Does Not Have A ..."
"Why is church so boring? And we're still pretending that people who call themselves "Doctor" ..."
Nixon is Lord George Zimmerman, Injustice, & My Slacktivist ..."
"This article is a truly sad story about a man who lost faith. The problem ..."
Joe Del Nobody Is Getting Left Behind (Because ..."
Browse Our Archives
Related posts from The Semi-Official Blog of Zack Hunt