Video of the aftermath of Heartland EFC’s fire

This past week, just five days after the fire, I met with a 5-year old girl to talk about the fire. Her room in the church was one of the places that burned, and she was having a hard time understanding how fire had permanently damaged that familiar space. We looked at photos of the room, and tried to help her express her feelings about the black smoke on her toy kitchen and the missing ceiling tiles.

My own 9-year old daughter, three days after the fire, on the way back from a family dinner in Grand Island, said, “I’m not sad or worried about the fire anymore. I’ve been thinking about it non-stop, and I think God is using the fire to help me think of Him more. I really feel close to him right now.” 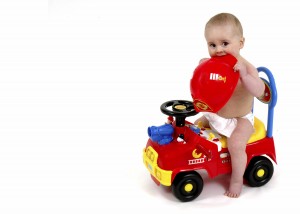 Then there’s a girl in our youth program, whose Facebook posts about the fire display the maturity of someone who has been walking with Jesus for twenty years. She’s obviously captured by the fire, and is listening closely to God, not wanting to miss a single thing He’s trying to teach her.

To sum it up, the fire in our children’s wing has deeply affected our children and youth. Change is hard for all of us, but it’s especially hard for our young people. Toward that end, we put together a video of the building after the fire. My friend Matt Parlane drove from Columbus, Nebraska (45-minutes away) last Wednesday night, and spent several hours taking photos/videos, and putting this together. I asked him to put the video to Gungor’s song, “Beautiful Things” because that’s the perfect message.

This video dedicated to my 5-year old friend, my three children, my youth group friend, and all the other children and youth at Heartland. Hold onto your seats! 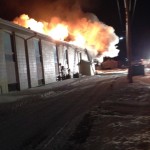 March 16, 2015 Midges, Scuds, and Nymphs (Taneycomo VIDEO)
Recent Comments
0 | Leave a Comment
"salam, i have a question are you there already?"
K Mousavi Inner Boys and Awakened Men – ..."
"Test"
Administration at Patheos Inner Boys and Awakened Men – ..."
"CONGRATULATIONS!Excellent processing!Too many people don't realize that the food they eat doesn't come from the ..."
MasterWildfire 95-pound 12-year old shoots 200-pound Nebraska ..."
"I kinda hear what you are saying, but! But would you ever support a political ..."
valleystina A Christian’s approach to PP-supporting Starbucks ..."
Browse Our Archives
get the latest updates from
Cedars and Sandhills
and the Patheos
Family
Channel
POPULAR AT PATHEOS Family
1 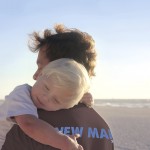 Family
Dads who are present... long after they're gone
Cedars and Sandhills
TRENDING AT PATHEOS Family