VENT: The Other Side in the War on Christmas

And if there’s ever a night to actually have a meaningful time staring at your hand, this would be the night. There have been witty, even hilarious, statuses. There have been cute, even beautiful, images. All filled with the spirit of a special kind of day among other days.

Much ink has been spilled on the dark side of Christmas, the consumerism, the debt-crazy spending, the Black Friday riots, the frenetic pace, the anxiety and depression, the unspirituality of it all. And then, perhaps a newer innovation on the American holiday media scene, there’s the much-heralded (and even harked) War on Christmas. The idea behind the latter is not so much a critique of what Christmas has lost (its spiritual, generous, communal, restful core) but a tale of Christmas conspiracy. There is a War in the heavens, between the principalities and powers and the angel Gabriel himself – and at stake is not so much the soul of Christmas, but its very existence as an identifiable political holiday in these United States.

On the far right, there is a dogma that says leftists want to spay and neuter all the signs and symbols of Christmas so that there will not be any potency left. They want you to say Happy Holidays instead of Merry Christmas, damn them, and they want to spike your eggnog with their heathen misery while they’re at it. Their end goal and dream is a season in which Christmas is removed from schools and halls of justice and shopping malls and billboards in order to make room for the other ethnic holidays – which means the end of free speech, religious liberties, and civilization (i.e., fear-based right wing power) as we know it, obviously.

If you can’t tell, the late hour (and recent eggnog consumption) renders me sarcastic.

So, anyway, I was scrolling my Facebook feed, and I came upon this Slate article. Simple, really – it’s a response to this Salon article about an apparently secular guy who thinks it worthwhile to educate his kids about the religious roots of Christmas, and even to celebrate those roots in a noncommittal way (a candlelight service, an illustrated Bible, nativity scenes, etc.) while keeping all the secular fun (Santa, trees, prezzies, etc.) intact. Because such a notion is so problematic (if you are a blogger for Slate, anyway), Amanda Marcotte responds (on Christmas Eve) to the (non-religious) tune of, No! you do NOT have to educate your kids about the religious roots of Christmas if you are a secular person, idiot, because Christmas is a truly secular holiday now, yo! And then, this:

No need to guiltily inject Jesus into the festivities if you don’t really want to. One in five Americans identify as non-religious now, but Christmas just keeps getting bigger every year. If you don’t want to bother raising your kids with religion, look at that number and know that you’re in good company.

Anyway, why’s Amanda protesting so much?

I mean, don’t you think we all get that nobody has to do what Andrew Park suggested in Salon?

Ah, but not if you believe there is a War on Christmas – and the Christians (especially the right-winged arch-Christians) are the encroaching horde.

And both sides of this War in the heavens are, in my opinion, fighting with fear and fighting for political power.

Today, before scrolling my Facebook feed, my little 2.75 YO girl opened presents with a wide-eyed innocent joy that I have not witnessed in all my days on this earth. Her 1.2 YO sister hung earnestly at her side taking the scraps of paper in her wake, smiling every time she smiled because she worships her big sister. For the month and a half leading up to this morning, my Gemma (the older one) and I have been talking about Christmas, reading from her picture Bible, clumsily working in Santa and reindeer as a secondary tale, but mainly looking forward to the presents that mark a big celebration of a big moment in history – the moment when, we believe, God came to be with us.

Last night we went to church for that candlelight service thing. It started at 7. That’s bedtime, if you weren’t aware. We didn’t last long, but we lasted long enough for my Gemma to go up for the children’s sermon and listen to Pastor Mark talk about how loving Jesus will help us love allpeople, and he built an origami star while he talked. My little girl walked away from that with a profound religious message on her lips: “THE MAN MADE A STAR!”

Listen, I get it. But at 1:11 AM the morning after Christmas, I can tell you, Slate, with complete clarity of mind: I don’t give a damn if Christmas is a secular holiday and its nonreligious ranks are growing. And I’m happy, Fox News, to say Happy Holidays and Happy Hanukkah to friends who celebrate differently than me. And I don’t give a lick if those decorations need to be taken down at the state house.

But on December 25th, you can mark my words: I will hail the heaven-born Prince of Peace, and hail the Sun of Righteousness. I’ll do that, while waves of joy (and occasional frustration about her clingy little sister) rush over my little Gemma Grace on the day she has been waiting for. I’ll do that because,

Light and life to all he brings, risen with healing in his wings.

This morning, after the last present was unwrapped, I asked Gemma if we should pray to thank Jesus for all of these blessings, but especially for the blessing of coming to be with us. Gemma smiled even wider and said, “Yeah!” Then she bowed her head and closed her eyes.

The war in the heavens is over.

The Prince of Peace is here.

December 31, 2012 Why I'm Not Rebooting This Year
Recent Comments
0 | Leave a Comment
Browse Our Archives
Follow Us! 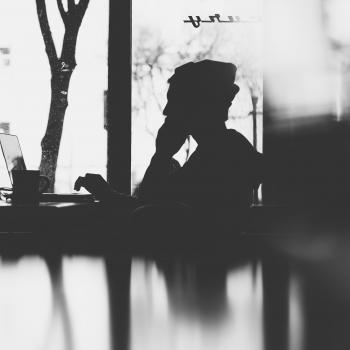 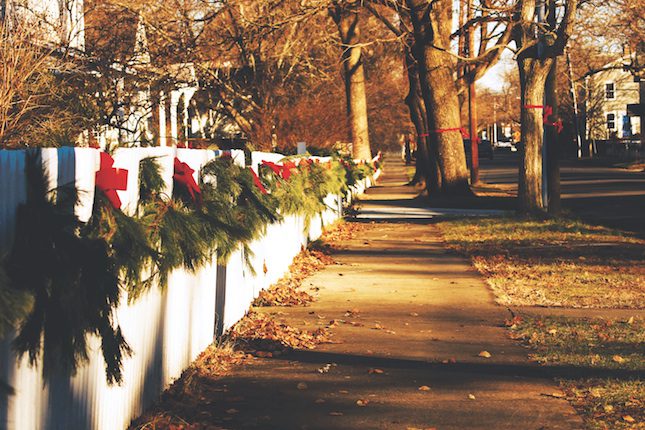 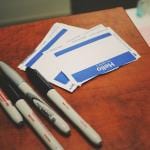 The God of Empathy
I was at church this past Sunday; our pastor started a new sermon series...
view all General Christian blogs
What Are Your Thoughts?leave a comment
Copyright 2008-2017, Patheos. All rights reserved.