If one is familiar with my column here at  Patheos Pagan Channel, one knows that I've written about the  Christian persecution complex previously. For those who aren't interested in reading that earlier post, and who don't know what I mean by that phrase, it boils down to Christians crying "persecution" as soon as other options are even mentioned religiously. Christians are called—as so many of their churches teach—to suffer for the Gospel and to face even death on behalf of their religion's infallible and eternal truth in the face of anything and everything. To them, there is no other possibility that could even be counted as a partial truth in comparison to their understanding of the Gospel.

I am committed to being honest when history and scholarship reveals something that I, in the present, might think or do is inaccurate. In light of some recent reading, I find myself in the precarious position of having to revise part of my earlier statement in the article from December of 2011.

The book I just read is Candida Moss' The Myth of Persecution: How Early Christians Invented a Story of Martyrdom, which was just published a few months ago. It was not a difficult read, and in fact it was so fascinating that I ended up reading it in two sittings. This is unusual for me, because I am a very slow reader. Moss is not a new atheist, an iconoclast, or an armchair critic of Christianity; she is a professor of New Testament and Early Christianity at the University of Notre Dame, someone who has worked with the vitae and other accounts of early Christian martyrs for her entire scholarly career, and (from what I can gather from the text itself) a practicing Roman Catholic. I think it is fair to say that her opinions on these matters, both as a scholar and as a concerned modern Christian, are well worth taking very seriously.

While I won't do an in-depth review of her book at present (other than to say that anyone who is interested in these matters definitely should read it), I think it is important to present several points about the early stories of Christian martyrdom and the overall points Moss makes in relation to them. In brief:

1) The Bollandists have identified only six stories of martyrs from the pre-Constantinian period of Christianity that may have any historical merit.

2) Of those six, all demonstrate indebtedness more to literary traditions drawn from Pagan and Hebrew Bible sources (including Socrates' trial and death, and various figures from the Books of the Maccabees) more than they demonstrate any reliable historical information. All were written long after the events took place and demonstrate in their earliest versions all sorts of impossible anachronisms, legal irregularities, and other questionable details that nearly eliminate their viability as historical sources.

3) Of the roughly three-hundred-year period in which Christianity existed and was not "legal" in the Roman Empire, only twelve years at most during that time were there any organized "persecutions" of Christians as such, mostly in the later 3rd century under the Emperors Decius, Valerian, and Diocletian.

4) Christianity was not looked on favorably by Jews or Gentiles in those early centuries; but while there were certainly some trials of Christians and executions that resulted from them, they were generally cases of prosecution (i.e., illegal behavior on the part of Christians that had nothing to do with their faith or the judgments about it that the Greek or Roman political authorities had), rather than persecution.

The notion that Nero persecuted Christians after the great fire in Rome in 64 C.E. is often cited as the first Christian persecution, but it's somewhat questionable in itself. The only record of it comes from Tacitus around fifty years later, and that is itself anachronistic because the term "Christian" didn't even exist in the mid-60s C.E. Moss even indicates that between the writing of the Gospel of Mark (assumed to have been around 70 C.E.) and the Gospel of Matthew (a decade or so later), there was already revisionism occurring in how Jesus' crucifixion was portrayed as a "noble death" modeled on that of Socrates and others. 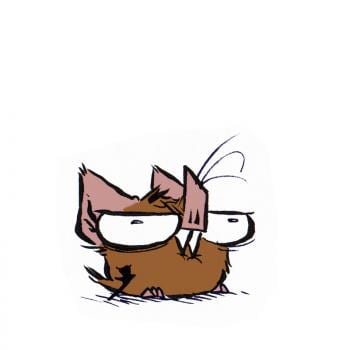 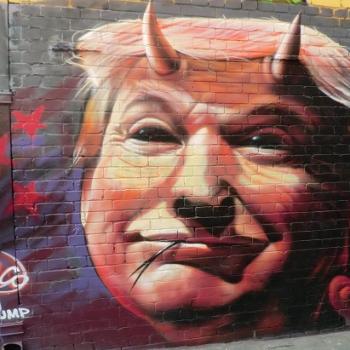 Is Donald Trump the Antichrist?
Fellow Dying Inmate
Get Patheos Newsletters
Get the latest from Patheos by signing up for our newsletters. Try our 3 most popular, or select from our huge collection of unique and thought-provoking newsletters.
From time to time you will also receive Special Offers from our partners that help us make this content free for you. You can opt out of these offers at any time.
see our full list of newsletters
Editor's picks See all columnists