Keep Your Hand on the Plow! Reflections on Luke 9:62

This saying of Jesus has given rise to a proverb, often quoted in communities struggling for justice: "Keep your hand on the plow and hold on!"

Haven't we all, at one time or another, put our hand to the plow and looked back?

We're in good company at such times. On January 27, 1956, a young pastor sat in his kitchen in Montgomery, Alabama holding a cup of coffee, unable to sleep. The bus boycott seemed to be collapsing. His own life had been repeatedly threatened. Earlier in the evening, a caller had warned, "If you aren't out of this town in three days, we're going to blow your brains out and blow up your house." Then, as Martin Luther King, Jr. later recounted:

. . . I bowed down over that cup of coffee . . . I prayed a prayer and I prayed out loud that night. I said, "Lord, I'm down here trying to do what's right. I think I'm right. I think the cause we represent is right. But Lord I must confess that I'm weak now. I'm faltering. I'm losing my courage. And I can't let the people see me like this because if they see me weak and losing my courage, they will begin to get weak." He needed the word of this proverb. "Keep your hand on the plow..." (Samuel Freeman, Upon This Rock, 143).

A pastor in the 1980s tells of a small Presbyterian church that caught a fresh vision of the ministry it could offer to a rural region of intense need. Enthusiasm surged at first and then crashed. After just eighteen months the congregation's Elders petitioned the denomination to close the church's doors. "We're exhausted. We just don't have the resources to do what we thought we could" (Stephen Doughty, "Glimpsing Glimpses," 43). They needed the word of this proverb "Keep your hand on the plow..."

"Jump at de sun—and you might at least catch hold to de moon," Lucy Potts Hurston, mother of Zora Neale Hurston, told her (Carlin Romano, "A Daughter of Florida," The Philadelphia Inquirer, February 19, 1995).

After her mother's death, Zora was passed from relative to relative and had to make her own way in the world, in a lifelong battle against what has been called the "triple oppression" of black women: economic, racial, and gender. She became a novelist, folklorist, and anthropologist, one of the most prominent black women writers of the Harlem literary Renaissance between the World Wars. Then, her work devalued by her male literary colleagues and patronized by white publishers and unjustly accused of molesting a young boy, her life and career went into free fall. She moved back to Florida where she eked out a living as a maid, library clerk, substitute teacher, and freelance writer. Poor, discouraged, and weary of rejection letters, she wrote to her agent, "Just inching along like a stepped-on worm from day to day. Borrowing a little here and there . . . The humiliation is getting too much for my self-respect, speaking from inside my soul. I have tried to keep it to myself and just wait. To look and look at the magnificent sweep of the Everglade, birds included, and keep a smile on my face...."(Robert Neal Henenway, Zora Neale Hurston: A Literary Biography, 116).

Not everybody has the luxury of giving up. Ethicist Sharon Welch says that the temptation to cynicism and despair when problems are seen as intransigent is a temptation that takes a particular form for the middle class. "The despair of the affluent, the middle class, has a particular tone: it is a despair cushioned by privilege and grounded in privilege. It is easier to give up on long-term social change when one is comfortable in the present—when it is possible to have challenging work, excellent health care and housing, and access to the fine arts. When the good life is present or within reach, it is tempting to despair of its ever being in reach for others and resort to merely enjoying it for oneself and one's family... Becoming so easily discouraged is the privilege of those accustomed to too much power, accustomed to having needs met without negotiation and work, accustomed to having a political and economic system that responds to their needs" (Sharon Welch, A Feminist Ethic of Risk, 15).

An old proverb says, "When you get to your wit's end, remember that God lives there." And it's a good thing, too. Because it's not natural to pursue long and arduous journeys with unflagging bravery and energy. It's not humanly possible to keep on plowing, keep on proclaiming the kingdom of God without looking back. Only as we, moment by moment, follow the wise counsel of the author of Hebrews to a community tempted to turn back can we persist. "Let us hold fast to the confession of our hope without wavering, for he who has promised is faithful" (Heb. 10:23). "Keep your hand on the plow and hold on!" 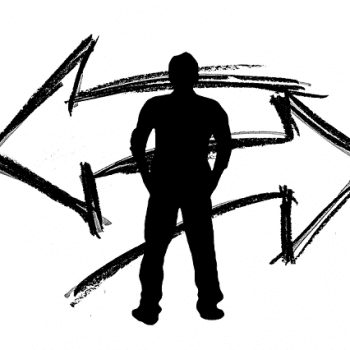 What is Celtic Spirituality?
Frederick Schmidt