Little children, let us love, not in word or speech, but in truth and action. And by this we will know that we are from the truth and will reassure our hearts before him whenever our hearts condemn us; for God is greater than our hearts, and he knows everything (1 John 3:18-20, NRSV)

Last week, President Barack Obama came out. He said that his viewpoint on gay marriage had evolved to the point that he now wanted to state unequivocally that he supported not only domestic partnerships, but same-sex marriage.

This decision was made in the context of a flurry around the issue of gays in America. (Rachel Maddow called last week the gayest week of Mitt Romney's life.) To recap: On Sunday, Vice President Joe Biden stated his support of gay marriage on "Meet the Press," a statement at odds with the administration's official stance at the time, and so described by the Washington Post and others as a gaffe of monumental proportions. A day later, the Secretary of Education, Arne Duncan, also announced his support for same-sex marriage.

On Tuesday, North Carolina passed an amendment banning gay marriage in a state where gay marriage was already illegal, but this economy-sized anti-gay act also banned same-sex civil unions, shutting the door—or a second door—in the face of gay and lesbian couples seeking legal protection for their partnerships.

President Obama spoke about his evolution on same-sex marriage in terms of our changing societal mores—he and his family know same-sex parents, and he surely sees the national trends suggesting his experience is more than anecdotal—but more importantly, he discussed it in terms of his faith. President Obama told interviewer Robin Roberts

[Michelle and I are] both practicing Christians. And obviously this position may be considered to put as at odds with the views of others. But you know, when we think about our faith . . . at root that we think about is not only Christ sacrificing himself on our behalf, but it's also the Golden Rule, you know? Treat others the way you'd want to be treated.

Gay marriage is one of the two hot-button moral issues for social conservatives, who have pushed laws and state amendments against gay marriage forward in dozens of states. As a good progressive typically does, President Obama recognized that his stance would not be accepted by these Christians, but he himself was making a theological point on ABC News: that the Christian life should be defined by more than simply faith in Jesus as the one who sacrificed himself on our behalf.

It should also be defined by compassion.

Conservative Christians immediately went on the attack against a president who, according to their way of thinking, attacks marriage. As the Washington Post reported last Friday,

President Obama's endorsement of same-sex marriage is energizing Christian conservative support for Mitt Romney in a way that the likely GOP nominee has so far not been able to do on his own, according to religious leaders and activists.

Brian Brown, President of the National Organization for Marriage, is representative of these religious leaders and activists in his portrayal of President Obama's decision as purely political, and at odds with Christian theology: "God is the author of marriage, and we will not let an activist politician like Barack Obama who is beholden to gay marriage activists for campaign financing to turn marriage into something political that can be redefined according to presidential whim."

What's being redefined certainly has political ramifications, but as President Obama noted in his interview with Robin Roberts, they may be negative as well as positive. If one wanted to be certain of winning re-election, alienating that portion of the electorate who loathes the concept of equal rights for gay and lesbians was not the way to do it. This act—even counting the enthusiasm it generated in some quarters—was politically dangerous. President Obama reckoned on this: "In some places that are gonna be pretty important—in this electoral map—it may hurt me. But . . . I think it was important for me . . . to go ahead, 'Let's be clear. Here's what I believe.'" 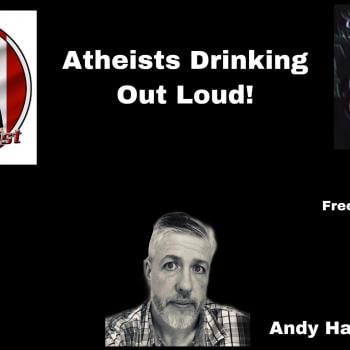 What does the mouse eat?
Fred Clark
3

The Debate: What To Expect Tonight
Jonathan MS Pearce
4

Kingdom Joy | First Facebook Live & Mevo
Jared Ingle
Get Patheos Newsletters
Get the latest from Patheos by signing up for our newsletters. Try our 3 most popular, or select from our huge collection of unique and thought-provoking newsletters.
From time to time you will also receive Special Offers from our partners that help us make this content free for you. You can opt out of these offers at any time.
see our full list of newsletters
Editor's picks See all columnists