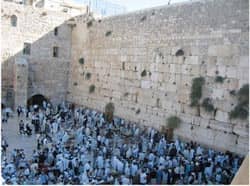 Thanksgiving is, in many ways, the American equivalent of Sukkot and Pesah and Shavu'ot, the three "Hagim," pilgrimage festivals of our tribe.  In ancient times we would congregate at the Temple to give thanks and to remember.

Thanksgiving, too, is a pilgrimage festival.  For over 50 years, my family congregated in Rhode Island for Thanksgiving.  In the beginning it was to honor my paternal grandmother, Sadie Davis (z'l).  After her death, we returned to honor her memory. Then, when my father (zt'l) passed away, we returned to the synagogue where he grew up to remember.  And though it has become difficult to return, it is not difficult to remember.  We will remember.

Our Hagim are filled with ritual foods and ritual actions.  On Sukkot we wave the Lulav and build a Sukkah, on Pesah we eat Matzah and have a large family meal called a Seder. On Shavuot we stay up all night in study, recalling the giving of Torah.

Thanksgiving also is filled with ritual foods such as turkey and pumpkin pie.  There are other traditional foods, but I am a purist. By purist I mean that a traditional Thanksgiving includes the things I grew up liking and eating.  To be sure, my Aunt Hannah prepared and supplied many more goodies -- cranberry sauces, stuffings, and other things that were, I am told, delicious.  But I was and still am only interested in the turkey and pumpkin pie.  The rest is just window dressing.

By the way, the menu for the first Thanksgiving went something like this:

For many, there is the ritual of the football games and watching Macy's Thanksgiving Day parade.  For our clan, it was always an evening of cards (bridge and poker) with one memorable exception when we played Trivial Pursuit.  And we taste and remember.

Our three Hagim (also called the Shalosh Regalim) began as harvest festivals.  We still remember that aspect of each holiday with foods and prayer, songs and stories.   Thanksgiving also began as a harvest festival for our American ancestors after surviving their first harsh winter due to the great kindness of the Native American tribes around us.  And so we remember.

Our Hagim are imbued with the historical memory of our growth from slavery to freedom.  During Pesah we remember the Exodus from Egypt; Sukkot commemorates the wilderness experience; and Shavu'ot celebrates the giving of Torah at Mount Sinai.  Thanksgiving also has a historical aspect to it.  The early settlers would have starved if their tribal neighbors had not come to their aid.  Our American ancestors were, in fact, giving thanks for the Native Americans who had saved their lives.  And we all know how the Indians were repaid for their kindness to the strangers in their land.

The children of the pilgrims did not remember.

We gather each year for Thanksgiving with our families and friends.  It is a time for playing catch up.   We look at pictures of Thanksgivings past, while we coo over the children who will be our future.

And we hope that they will remember.