Your Body Won't Let You Keep Your Resolutions

I'm more than a little cynical about New Year's resolutions. I've never made them before, having rarely seen others successfully fulfill theirs. After all, if we were able to keep even a third of our resolutions, the self-help shelves at Barnes & Noble would be bare. But this year my desire to change a few things got the better of me. I boldly made two New Year's resolutions.

Over the past fifteen years, the pounds I gained my freshman year in college have only increased. They've hung on me long enough that I'm feeling the effects of that added weight. It's not that I haven't tried before to slim down. Pictures from my wedding and at my first child's birth attest to my past successes, however short-lived. This year, despite a track record of failed attempts, once again, I promised myself, I'm going to lose some serious weight.

I also committed to memorize a long passage of Scripture this coming year. Discipline of my physical appetite, discipline of my spiritual appetite: In more ways than one, "He must increase, but I must decrease."

With my vows made, I read a story in The New York Times about the near impossibility of permanent weight loss. According to the article, when people lose weight, hunger hormones kick into high gear and the body kicks into efficiency mode. The body burns fewer calories while clamoring for more. Not exactly the kind of encouragement I needed at this stage of the game.

Our bodies want us to put on weight, and when we see commercials, cookies, or smell the baking cinnamon rolls wafting through the mall, hormones and neurons kick into high gear, overriding our feeble self-control. "What we see here is a coordinated defense mechanism with multiple components all directed toward making us put on weight," one of the researchers said.

Weight loss is just the latest in a flood of research in a range of areas that suggests that our bodies program our behavior. Through hormones, genes, or neural circuitry that make us hungry, lustful, or impetuous, our choices are not really volitionally our own. Our actions, scientists are learning, are to a large degree the product of our environment and our embodiment.

Specific instances of sex addiction, gambling, and shoplifting have all been tied directly to tumors, medication, or other influences of or on the body. For example, the brain chemical vasopressin has been found to help us fall in love. It allows our brains to change in ways that help us to bond with other people. When scientists increased the levels of vasopressin in animals, they begin bonding for life rather than mating willy-nilly. However, its absence has the opposite effect. Men whose genes prevent vasopressin from having a normal influence on the brain have been found to be more promiscuous.

"A slight change in the balance of brain chemistry can cause large changes in behavior," writes neuroscientist David Eagleman. He sums up this research saying, "We are not the ones driving the boat of our behavior, at least not nearly as much as we believe."

This research forces Christians to wonder to what degree we are indeed responsible for our actions when our very bodies, created by God, are causing us to sin. How can a just God hold us responsible for being what we couldn't help being? Are we really at fault if a lack of vasopressin makes us a little more flirtatious with co-workers? Why bother to resolve to do better each year, to "gain victory" over sin, when our bodies seem hardwired to make the task almost impossible?

First, we must recognize that we vastly underappreciate sin and its pervasiveness in our lives. We talk of our "brokenness" or admit to "personal "struggles." But this research shows that the damage is much, much deeper: it is indelibly written on our bodies, even our hormones and our genes. Our sinfulness has so deeply infected us that, like mutated cancer cells, even our body's most basic parts often don't work as they should. Nature and nurture conspire against us in ways we can never fully grasp. In the end, we only find refuge in the forgiveness of a gracious God.

Second, despite the tremendous obstacles, we can change. The ruts of sin do cut deep. Yet science also shows us that our brains are highly flexible. They can change, even drastically so at older ages. The scientists say our brains are plastic. An apt metaphor. With heat and pressure, time and effort, we can be formed into new, spiritually healthy people. Using spiritual disciplines like deep, concentrated prayer, such as in contemplation or lectio divina, we can change brain patterns and open up new possibilities. 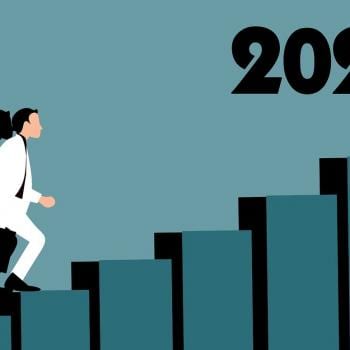 Do You Hear What I Hear?
Ben Witherington
3

Franklin Graham: The 10 Republicans Who Voted to Impeach Trump Are Like Judas
Hemant Mehta
Get Patheos Newsletters
Get the latest from Patheos by signing up for our newsletters. Try our 3 most popular, or select from our huge collection of unique and thought-provoking newsletters.
From time to time you will also receive Special Offers from our partners that help us make this content free for you. You can opt out of these offers at any time.
see our full list of newsletters
Editor's picks See all columnists