Opportunism and Prejudice: What It Will Take to Achieve Peace

Whether one chooses to follow the discourse on global conflict, or attempts to withdraw in a quest for greater sanity, it is a challenge to avoid being reminded of the egregious human toll taken by geopolitical, ethnic, and religious conflicts around the world. I do not doubt that the majority in either camp genuinely prays for reason, or simply yearns for a more peaceful world. But compound these experiences with the continued polarization of global media and the disturbing opportunism of many world leaders in politics, faith, and otherwise, and it is easy not to question how lay observers at times reach xenophobic conclusions about entire regions, religions, and communities in the present day. Too often, irresponsible, hateful, divisive, dehumanizing, yet convenient speech becomes the language of choice used to usurp popular support, or to "please" God.

What is most devastating, however, is when broad-brush xenophobia from should-be responsible leadership—faith leaders, elected officials, media personalities, and others of influence—so successfully breaches societies, as has become an alarming trend. Whereas the state of our world should make those entrusted with power eager to encourage peace and to seek just and rational perspectives, too often do influential voices capable of profound healing and social good tumble to hateful bigotry while furthering half-truth narratives and propaganda born of ignorance at best or the intention to mislead at worst. And too often do these leaders go unquestioned by people of conscience.

Whether in light of dehumanizing "Trojan Horse" conclusions about desperately suffering Muslim migrants—Syrians, Palestinians, Iraqis, and others—fleeing to Western nations for refuge, or the disturbing onslaught of anti-Semitism from many global Muslim clerics, with their repeatedly skewed justification in the Israeli-Palestinian conflict, the responsibility to speak up and to slow cycles of hatred lies with those of us who observe them. When we advance this counterproductive rhetoric and these one-sided narratives in our homes and in our communities, we fail to recognize that they are most often championed by the most harmfully opportunistic of political, social, and religious leaders, who selfishly and senselessly perpetuate conflict, in the name of justice, to no just or mutually beneficial end. These sensationalist voices rise to power at the expense of their own people's ability to recognize the inherent humanity in the other—or the 99 percent of similarity.

Rather than champion an equal justice and an elevation of human worth, as opposed to vengeance and dehumanization, too often have those with self-proclaimed just motives and perceived intelligence become the standard-bearers of ignorance, fueled by the power of mass media. Yet it is incumbent upon us to declare that rhetoric that does not take into account the humanity and human rights of another just as oneself, that perpetuates vile bigotry or leaves out the complete narrative, pain, and grievances of another, is not rooted in justice. And the necessary risk of challenging how irresponsible leaders so easily take away another's right to equal dignity, voice, and safety, of upholding our absolute ability to coexist and respect another in the face of a barrage of voices and events telling us otherwise, must begin within. It must begin at home. This challenge must then be carried into mosques, synagogues, churches, community centers, and to our world leaders.

But it must begin within. Let us never believe that confirmation bias and determining narratives we agree with to be the absolute truth—and what we disagree with, without sincere reflection, to be fallacious—makes us among the most courageous. In spite of what irresponsible leaders present at the podium or pulpit, let us not believe that the loudest cheers put one in the full right. Let us not believe that if we are screaming into an empty room, we are in the wrong. If we are the only one to stand after a hateful speech or sermon to emphatically say "no," so be it. Let us shy away from the belief that humanizing or making peace with one who identifies or believes differently than ourselves is naïve, that their factors of birth or personal identity make them inherently unworthy of our trust, compassion, or respect because a self-proclaimed leader indicated that it must be so, or because he twisted scripture in favor of his words. Let us not believe that pragmatism and compromise in our views are the things of traitors. Let us not hypocritically demand an end to bigotry against our own communities, while proliferating it against another. Let us stand higher and lead in the moments when our leaders may fail us. 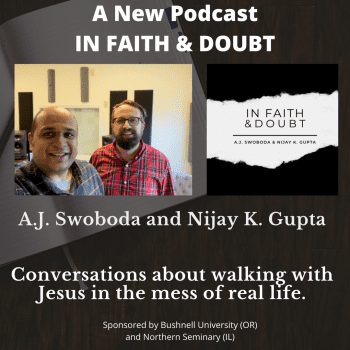 What Is Soft Theism?
Bob Seidensticker
3 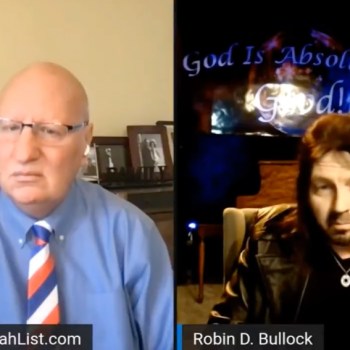 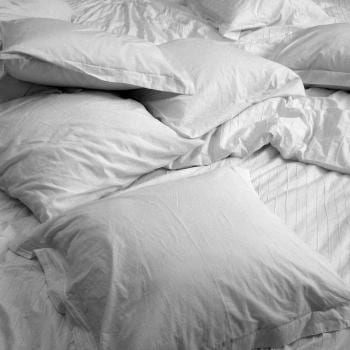 Astral Travel – Not Mind Games; No Need to be Afraid of the Dark
Ann Trip
Get Patheos Newsletters
Get the latest from Patheos by signing up for our newsletters. Try our 3 most popular, or select from our huge collection of unique and thought-provoking newsletters.
From time to time you will also receive Special Offers from our partners that help us make this content free for you. You can opt out of these offers at any time.
see our full list of newsletters
Editor's picks See all columnists