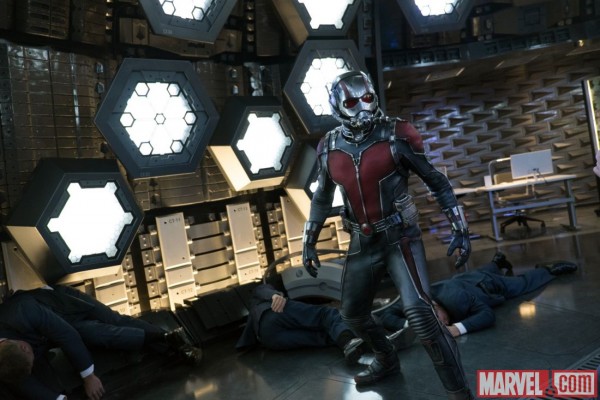 Ant-Man‘s valuation lies somewhere in the nebulous region between “okay” and “good.” Its modesty in scope and scale goes a long way (but not all the way) to alleviating the heavy burden of superhero fatigue with which I entered the theater. It was pleasing after the seemingly endless upping of stakes in Marvel movies to have one set around a corporate espionage heist. Sure, there are implications of all the bad things that could happen if Hydra gets their hands on the technology, but even that doesn’t include the imminent destruction of all human life everywhere.

Honestly, Ant-Man has more things I liked than any comic book movie since…Batman Begins maybe? Michael Douglas provides an air of gravitas that extends beyond his character’s (Hank Pym) deep, dark secret. Evangeline Lilly manages to make a female character who does little beyond standing around and watching more interesting than I expected. The tie-ins to the other Marvel movies were mercifully brief, and the action set pieces were the first I’ve seen in a long, long time that didn’t feel too long by half.

If Paul Rudd’s Scott Lang is a ridiculous liberal fantasy hybrid of an electrical engineer and expert cat burglar, if Michael Peña and friends seem far too lovable as the we-aren’t-bad-just-oppressed-support crew, if the divorced dad desperate to maintain a relationship with his infant daughter story line now feels as stale and cliched as any other Hollywood stereotype, if IMAX screens continue to magnify just how embarrassingly bad contemporary 3D rendering is…well, it’s hard not to take a glass-half-full approach as we approach the end of a summer of bloated and lazy franchise retreads.

The film opens with Lang getting paroled from prison. He has burgled a corporation, returning stolen/embezzled money back to “the people” from whom it was taken and driving some CEOs car into a swimming pool. Love of his daughter makes him temporarily scared straight, but when even Baskin-Robbins fires him for being an ex-con, he agrees to one last heist. Not surprisingly, that score ends up being at Pym’s house, from which Lang exits not with a bucket of valuables but only a strange-looking “motor-cycle” suit.

Meanwhile, the eccentric and reclusive Pym is horrified to learn that his former protege, Darren Cross (Corey Stoll), is closing in being able to shrink organic matter without, you know, killing it. The depiction of Cross is actually one of the more interesting aspects of this film. While we’ve become accustomed to megalomaniacs and super-powered sadists, there are hints dropped that some of Cross’s behavior may be side-effects of brain-altering technology. That can be a way of hamstringing the hero who is reluctant to hold the villain accountable for his evil. This representation of a villain isn’t exactly original (think Darth Vader or Peeta in The Hunger Games), but there does seem to be something mildly refreshing about the notion that it’s more important to stop the villain than to save him. (Maybe this theme is part of the whole retro vibe of the franchise, making it ideologically as well as visually  antiquated.) There is a moment early on where Cross kills a man in a particularly horrific fashion, and it gave the film a horror movie vibe.

All of this culminates, refreshingly, not in a battle to save the universe or demolish a city but with an old-fashioned heist climax. In comic books, the galactic story and the local story are both cost about the same to print. Movies are so expensive that their natural drift is towards excess. Really there is no reason this film should be in IMAX…or 3D for that matter. It’s the kind of thing that ought to be watched at the second run theater for $2 on a Saturday afternoon. 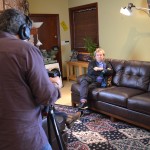 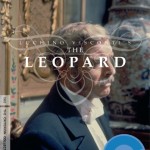