Former NFL football coach Bill Parcells is generally credited with popularizing the cliché “you are what your record says you are.” In part no doubt a response to the equally clichéd insistence of fans or critics that a team is better (or worse) than its performance might indicate, it gained popularity in a media conscious age tired of the endless cycle of spin from both sides (and above and below), willing, finally, to let the results speak for themselves. Alejandro Gomez Monteverde’s Bella was 51% “fresh” on Rottentomatoes.com the last time I checked, a score that elicited a laugh of appreciation from me when I saw it because–you knew this was coming, right?–Bella is what its record says it is.

After a brief prologue, the film is essentially a “day in the life” story. An Hispanic soccer player on the verge of getting a multi-million dollar contract accidentally hits and kills a young child, sending him to jail and psychologically devastating him. Flash forward a few years and he is working as a chef in his brother’s restaurant when he runs after a fired waitress and learns she is pregnant and contemplating an abortion. He tries to convince her otherwise, mostly by listening to her doubts and giving her an afternoon of deep soulful looks of penetrating sadness and long silences.

Ask me what I think the most important quality of a film critic is and I’ll probably say “honesty.” It’s a boring answer, I know, in part because it’s simply not acceptable to question people’s integrity, which is somehow what its taken to mean if you suggest a person’s critical estimation or even affinity might be in any way influenced by context. I hate having a movie (or a band, or a book, or a television show, or heck, even just a Facebook Meme) shoved down my throat. I don’t think I’m alone in this, though I wonder sometimes if I’m alone in admitting it. I avoided seeing The Passion of the Christ–excuse me, I meant Mel Gibson’s The Passion of the Christ–for about two-and-a-half years because I knew if I did I would have a knee jerk response to the cultural arguments surrounding the film and miss looking at the film as film. When I finally did post some thoughts on the film, I mentioned I found the score bombastic and grating. I guess that’s the kind of thing you would notice, I was told, if you were reviewing it as a movie.

When you judge a movie as cultural artifact or sociopolitical argument, I guess, you often come away with the impression that it is better or worse than its record indicates. If, it’s a good movie, it is so because it is good (and it’s a movie) and talking about things like editing, development, or score is to miss the message for the medium, like calling “The Day of Doom” a bad poem because it has too many extra beats in the stanzas where Jesus sends all the whining hypocrites to hell. There are things you believe because you have convincing evidence. There are things you believe because you trust the person telling you. And there are things you believe because they jive with your experiences, even if you don’t trust the person telling you and he doesn’t offer any convincing evidence. When Michael Medved says that he’s witnessed critics laugh derisively at a screening of a controversial film only to write glowingly about it as a means of public posturing, I believe it. Call me naively cynical or cynically naive if you must, but I’ve been around enough critics in my life to know that our reasons for liking or disliking something can extend to disliking the people who like it or wanting desperately to be liked and accepted by the people who don’t.

This game is played by both sides in the culture war, though. There are those who don’t care whether or not Bella is a good movie so long as it’s perceived as supporting a good cause. And there are those who don’t mind marketing works of art to such audiences. Bella as film was mildly enjoyable; Bella as cultural shibboleth was a bit less so. One way the spin doctors and culture war forces tip their hand is by appealing to authority (critical consensus) that they assiduously go out of their way to make clear they don’t recognize as such when it doesn’t agree with them. Another is to insist that any dissent is intellectually dishonest and morally suspect. A third is to not allow gradations of critical opinion. It’s not enough that you like the piece of art that culture war troops are rallying around. You must, like the famous dog at The Onion, declare each successive ordinal in any sequence to be the BEST (FILL IN THE BLANK) EVER!

If you visit the official web site for Bella, you will see noted prominently that it won the “highly coveted” People’s Choice Award at the Toronto International Film Festival. (You will also see that noted film scholar Rick Warren has it listed as the best movie he saw all year.) As a public service for anyone who hasn’t been to the Toronto International Film Festival, I feel the need to review the voting procedure for this highly coveted award. Anyone in the audience gets a ballot from an usher upon entering the theater, the back of which you can fill out to join the drawing for a free Cadillac. (Fine print: you can only win if you are Canadian–the Cadillac, I mean, not the award; although, to be honest, the Canadian films have their own award category and don’t really tend to win this one, but I digress…) After the film you can fill out the ballot (or not) and put it in a box by the exit (or not). If you feel strongly about a film, you can collect the strewn ballots from the floor and throw them in. You can save your ballots from other movies and fill out as many as you like for other movies (it’s the same ballot). If you are an usher, you can (when nobody is looking) fill out a whole pad of ballots and put them in the ballot box (though I’m sure this never happens). Aside from the strict accounting of the voting process, I would point out that some films play at the Ryerson or ScotiaBank (huge cavernous theaters) on Friday night. Others play at the Isabel Bader at 9:00 a.m. on a Tuesday morning. Far be it from me to suggest that this process is tailor made for the sorts of informal marketing and/or social campaigns that Christians love to take on (“let’s send a message to Hollywood!”; “let’s support one of our own trying to be a light in a dark place!”) or that this could be the case with Bella. Instead, let me just point out that films that have won the Toronto International Film Festival Fan Favorite Award in other years include: Eastern Promises, Slumdog Millionaire, Hotel Rwanda, American Beauty, Priest, and Women on the Verge of a Nervous Breakdown. Yeah, this award has a long history of populist common sense instructing the ivory-towered critical Illuminati about the aesthetic value of wholesomeness.

All kidding aside, though. I didn’t hate Bella. Sure, it was contrived in manipulative ways–he killed a little girl, his family has successfully adopted, and he just happens to knows somebody willing to hire her on his say so–but so are a lot of critically acclaimed films that express an ideological point of view. (Claude Chabrol’s The Story of Women and Jonathan Demme’s Philadelphia come to mind as examples.) It shows its low budget in its editing at times (like the accident scene), but its free form conversational structure is the sort of thing critics have orgasms over if it’s in a Richard Linklater movie about sex, an Eric Rohmer movie about love, or a Seinfeld episode about nothing; so maybe it does feel a tiny bit like a cheap shot to me to give the film technical demerits for doing the sorts of things crtics often finds charming in films that aren’t so heavily perfumed. If it lacks the polish of a more processed commercial film or a more accomplished independent film, neither does it have the sort of glaring technical incompetence that is the defining feature of so many (religiously or politically) proselytizing films–films that evidence the makers never bothered to study their craft because they don’t care about art as art only art as delivery vehicle for truth with a capital “T.” I have no desire to ever see Bella again, haven’t thought much about it since I screened it, and didn’t struggle for a second wondering if there were any deeper meanings or insights to be gleaned from thinking intentionally about the film, but I wouldn’t rule out seeing another Montverde film or be sad to see the leads in something else. Yes, 51% fresh sounds just about right. 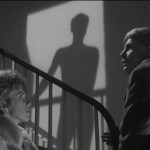