Photographer William Noland’s short film is being parsed in the festival catalog as a politically timely meditation on the toll of fear on ideals and rights during a time of war, and it is that. But there is something more universal and humane in a photographic image, something that transcends the de rigueur comparisons between past and present made in political discourse.

Comparisons are powerful things. They can bring understanding and allow us to benefit from experience. They can also conflate items being compared and cause us to lose track of the particulars in each situation or object. Photography as a discipline is rooted in the particular. When looking at a photograph, we have to endlessly and eternally create and recreate the context, a process that is never finished. This is why the best photography is engaging. Beyond prompting a merely aesthetic reaction (“oh, that was pretty”), images confront us with concreteness, the antidote to dehumanizing abstraction.

I asked Noland about the title of his film and specifically why he chose the word “diaries” since the photographs in the film were overlaid not with words from the occupants of the internment camps but words from news and film reels which mediated the images (and the experience) for the public. He shared that the title was a nod to the reflective quality of Dorothea Lange’s photographs:

As a photographer, what struck me was how deeply penetrating her work was, particularly the portraits made in the camps. I’d always preferred other WPA-era photographers to Lange, but as I discovered in looking over many hundreds of her images of internment, that had more to do with who owned and carefully selected her work than it did with her extraordinary gift of empathy and her progressive politics. So as it turns out, throughout the 1930s she had done a lot of work that looked closely at latino and black laborers, but she didn’t control that commissioned work and we know her work from the ’30s more for a handful of portraits of white migrants.

In titling the film “Camp Diaries,” I was really thinking of it as a reflection of Lange’s penetrating, personal and dignified report about the conditions there. Her “diaries” are in the form of straightforward, collaborative portraits of individual Americans who are reporting something back to us in the way they look into the camera’s lens.

Noland’s comments added to the poignancy and power of the film. Imagine living in a world in which you were dependent upon strangers to communicate your innermost thoughts and fears to an almost unilaterally hostile world, where the only record you could leave were the words another could read on your face, and where the time you had to write your story was limited to the span of moments a stranger’s gaze would rest upon you before moving on… 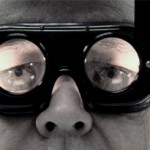 April 18, 2009
Documentary Film and the Power of Empathy
Next Post 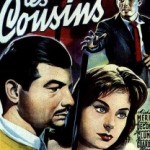 April 18, 2009 Claude Chabrol
Recent Comments
0 | Leave a Comment
Browse Our Archives
get the latest from
Entertainment
Sign up for our newsletter
POPULAR AT PATHEOS Entertainment
1