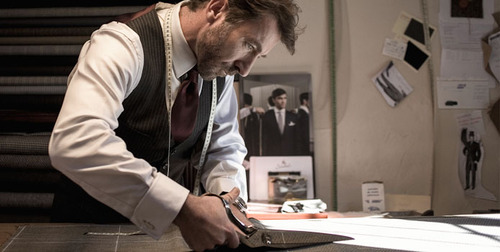 Cannibal (★) is a love story–at least it purports to be–between a mild-mannered tailor and the woman he can’t quite bring himself to murder. Before it comes to its inevitable (and overdue) conclusion, he kills his love interest’s sister, negotiates with the local church to sew a particularly valuable piece of fabric for a forthcoming religious parade, and, of course, takes communion with a priest solemnly intoning “this is my body…” Just once I’d like to see a movie cannibal go to church and have the sermon text end up being Ephesians 5:25. Or Matthew 5:15. Or…well, pretty much any other verse in the New Testament.

The Emperor Has No Clothes is perhaps the hardest type of review for me to write. If an artist is credible, one wants to presume that a failure to connect (or even understand) his work is one’s own fault and not that everyone who esteems it is being played for a fool. Manuel Martín Cuenca has garnered a number of awards and nominations from a variety of reputable film festivals, and his film has the deliberate pacing and thoughtful mise en scène that invariably plays better at a film festival than it ever does in your living room when you aren’t surrounded by a room full of people “ooh”ing and “aah”ing appreciatively.

I have not seen enough episodes of Hannibal or read enough of John Douglas’s exercises in profiling to profess to understand the pathology that drives people to cannibalism. Nevertheless, I don’t feel as though I’m going out on a limb by suggesting the film’s depiction of Carlos (its title character) is a bit of a cheat. Once the film starts down the plot path of having Carlos become attracted to the sister of his most recent victim, I paused the stream and tried for ten minutes to imagine every conceivable ending for such a situation. I came up with two: 1) he kills her, too; or 2) she discovers his secret before he gets around to killing her and turns him in. I can’t say I was keen for a movie about either situation, but sometimes you want to give pros the benefit of the doubt. In fact, the finale doesn’t follow either of those two scenarios, exactly. Rather than feeling relief, though, that just made me more annoyed, like the film was playing me false.

There’s some nice acting here, particularly from Olimpia Melinte in a role that reminds you that, oh yeah, Vera Miles was in Psycho too. Her character, at least, says and does things that I could imagine a woman finding herself in such a situation might.  Credit Cuenta the director for letting his actors show rather than always tell. But I can’t imagine any cannibal acting as Carlos does, so by the end, the film is just too opaque. What are we to have learned or had confirmed about the human condition that justifies subjecting ourselves to this kind of horror? Much as with George Sluizer’s The Vanishing–another horrific film that I can’t quite understand why others esteem–I find that Cannibal‘s stylish beauty doubles rather than mitigates the repulsion I feel at the film’s lack of humanity. If you aren’t going to tell me anything true, at least don’t try to trick me into thinking it’s not ugly. 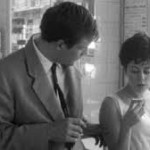