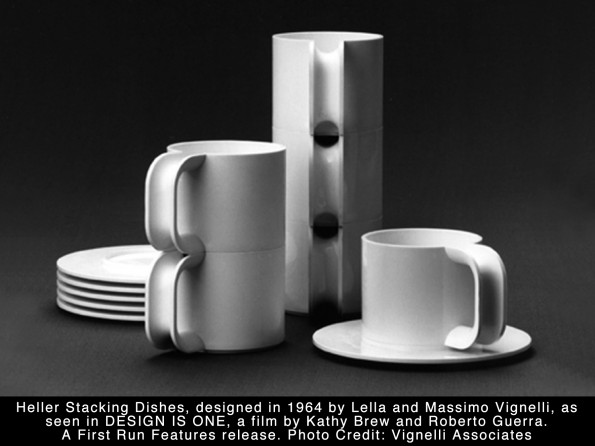 Lella and Massimo Vignelli are two of the proverbial artists whose work you’ve no doubt seen even if you’ve never heard their names. They designed the American Airlines logo and the signage for the subway systems of New York and Washington, D.C. Close your eyes and try to visualize the sign hanging above the door at your local Bloomingdale’s. If you can, credit that to the design team as well. If you saw the documentary Helvetica, Massimo may look familiar. He was interviewed in it since the Vignellis use that font in much of their design work.

At an economic seventy-nine minutes, Roberto Guerra’s and Kathy Brew’s homage to the Vignellis is not able to accomplish much more than a guided tour of the couple’s work. Still, it’s a tour guided by the couple themselves, and it does give you a chance to contemplate the ways in which much of what we take for granted in the world around us–our tables, our chairs, our signs–is not just accidentally or incidentally formed.

And there are two places where the documentary does dig a little deeper. The first is that it acknowledges that the Vignellis are collaborators in work as well as marriage. It attempts, albeit obliquely, to illustrate how the traits that make for solid collaboration may be the same as those that produce stable interpersonal relationships. There appears to be obvious affection between the couple, yet the work relationship sometimes calls on them to challenge one another. That ability to combine mutual respect with genuine affection is one many couples could emulate. For that reason, I would have liked to see a bit more of their relationship when they were not working. Does the work relationship mirror the marriage, or does the couple act differently when they are off the clock.

The second place where the documentary lingers to good effect is when Massimo describes his thought process behind the design of Keller cups. He admits that the product was not a commercial success; in fact, many customers returned the dishware. Vignelli won’t back down, though. The public was wrong, he insists–in large part because the way they drink coffee is wrong. It’s a short scene, but it speaks volumes about creative genius. Those who excel in any craft in life are always a little bit greedy. Give them nine ovations and one critique, and they want to talk about the criticism.  But the scene also says something about designers, I think. They don’t see what they do as primarily decorative. They can’t divorce a product from its function. Maps are supposed to be read; cups are for drinking from. Thus arguments over design are never just matters of taste or aesthetics; they are about how such products facilitate or hinder our actions. Design is about making our lives a little easier.

If it makes our lives a little more beautiful in the process, so much the better.

Design is One is available on DVD from First Run Features beginning December 2. The disc contains ten shorts not seen with the theatrical release and a photo gallery of the Vignellis’ work. 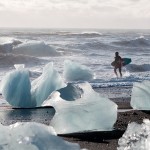 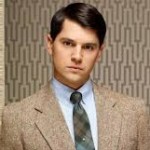