Full disclosure:  knowing that the screenwriters and production company behind God’s Not Dead were teaming up for another movie, I had already girded for battle and put on the full armor of atheist activism.  I was ready to dissect Do You Believe?’s intellectual shortcomings and logical fallacies, just as I’d done for Pure Flix’s surprise hit last year.

I was therefore astonished to find that there are many likeable aspects to this new movie.  Do You Believe? contains improved filmcraft, with better production values and some clever editing of its disparate story elements.

Screenwriters Chuck Konzelman and Cary Solomon even seem to have learned something about character creation.  God’s Not Dead was peopled with cardboard cutout good guys and bad guys, whose interactions were coldly transactional rather than relational.

By contrast, some of the characters in Do You Believe? are struggling with real-world difficulties in semi-plausible ways.  An elderly couple is mired in grief for their deceased daughter; a combat veteran can’t move past guilt and nightmares related to deeds done and undone on the battlefield; a mother and daughter find themselves homeless.

It helps, too, that Do You Believe? has some topnotch actors to work with, starring the likes of Mira Sorvino, Sean Astin, Cybill Shepherd, and Lee Majors.  That last one surprised me a bit, but it turns out that the Six Million Dollar Man is a big improvement over Hercules (God’s Not Dead’s Kevin Sorbo).

Using the narrative trope that animated hits like Crash and Magnolia – multifarious lives intersecting on American city streets – Do You Believe? hums along decently for its first 90 minutes or so.  Only in the final act do the wheels completely fall off this story, in laughable style.  I won’t spoil too much of the ridiculousness, but let’s just say that Pure Flix and company are way too attached to the notion of car wrecks as tidy climaxes.

Even more disastrously, the “god goggles” through which Konzelman and Solomon see the world fatally contaminate their new film.  For starters, positive character development and maturation are inseparably coupled with a person’s embrace of Christian dogma.  Additionally, the only jerks in this film – a stickup crew, a self-absorbed prick of a physician, and a snide prosecuting attorney – happen to be unbelievers.

As my teenage daughter astutely pointed out to me after the movie (and she identifies herself as a Christian, by the way), the world is populated with both crappy and virtuous atheists, as well as both debauched and deeply moral Christians.  That Konzelman and Solomon fail to acknowledge this reality either indicates a fundamental dishonesty on their part, or unambiguously signals that these gentlemen need to step outside of their Christian ghetto fantasyland.

The fictitious notion that dominated God’s Not Dead, of a Christian majority of Americans somehow being persecuted by an atheist minority, shows its ugly head again in Do You Believe?  In one of this film’s storylines, a fireman named Bobby proselytizes a dying man.  It turns out that the widow is a member of the American Humanist Association (their motto is “good without God,” we’re dismissively reminded) and vengefully recruits a sinister anti-theist lawyer to sue the pants off Bobby.

Of course, in post-9/11 shorthand, fireman is synonymous with hero, so any character taking victimized Bobby to court will automatically be considered a villain.  But step back for a moment with me.  Would you want a fireman or EMT to pray the sinner’s prayer with your gravely ill relative, rather than undertaking essential tasks like checking vital signs, looking for sources of blood loss, and starting an IV?  And Christian readers, let’s turn the tables for a moment:  how would you feel if a Muslim doctor tried to convert your dying relative to Islam?  It speaks volumes about the arrogant blindness of the Pure Flix mindset that a negligent, coercive individual who deserves to be fired and shunned from his profession is elevated as someone to emulate.

So, is Do You Believe? an improvement over God’s Not Dead?  From a technical standpoint and in terms of acting, unquestionably so.  In terms of storytelling, to a marginal degree.  Unfortunately, however, Pure Flix’s narrow-minded notions of right and wrong, coupled with their bigoted notions that secular humanism equals evil, remain deeply offensive.

And in this film’s case, the message is much more important than the medium.  You can wrap ugly prejudices and self-aggrandizing paranoia in a pretty package, but they remain repellent just the same.  Until the minds at Pure Flix emerge from the Dark Ages, humanists and discerning Christians alike will do well to seek enlightenment and inspiration elsewhere. 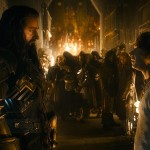 March 21, 2015
The Hobbit: The Battle of the Five Armies Giveaway -- CLOSED
Next Post 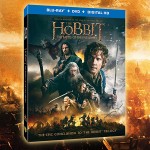