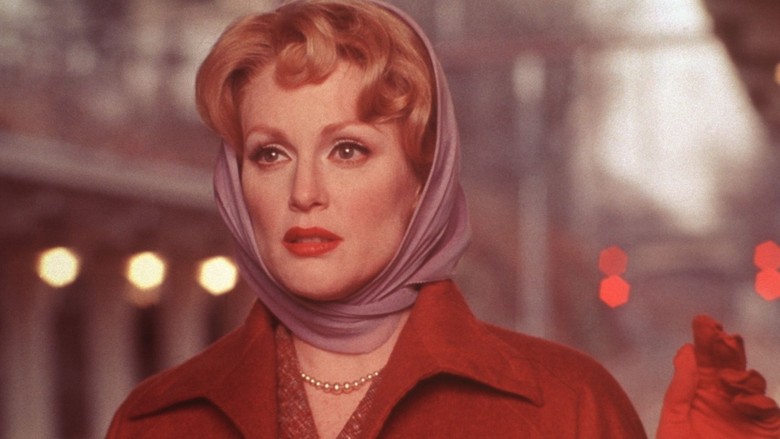 The quickest and easiest way to annoy a fan of Far From Heaven, I suppose, is to say something like, “Yes, I know it is a Douglas Sirk homage, I just don’t know that Douglas Sirk’s films are all that great to begin with.”

I enjoyed Sirk’s Imitation of Life and All that Heaven Allows well enough as curiosity pieces, and I have to agree that Far From Heaven nails both the autumny color palette (even more noticeable today when it seems all films must be shot with teal filters) and the deliberately overwrought emotional tenor that are the signature of Sirk’s films. I do wonder sometimes–and right now it is only wondering–whether this sort of “name the influence” kind of criticism is more about helping the critic feel smart, informed, and elevated than it necessarily is about judgments of quality. Sirk has such a distinctive style that its hard to miss, and so those who are called upon to defend a judgment of his work can spend time describing it rather than championing it.

And yet for all my nagging suspicions, I can’t quite convince myself to join the naysayers’ camp. There is something both in Sirk and in Far From Heaven that is easy to roll your eyes at but hard to dismiss. Human beings are (or can be) emotionally overwrought, and while there have been changes between 2002 and 2012 in what sorts of feelings can be spoken aloud–and greater changes between 2002 and the 1950s–I don’t know that there have been that many changes in how well we deal with them, either in ourselves or those whom we love.

(Originally written for the 2002 “Best” list at Viewpoint, a precursor to this blog)

Julianne Moore and Dennis Quaid portray the inner torment of a 50’s dream couple, each trying to face feelings their culture won’t let them begin to acknowledge or understand.  Director Todd Haynes’s tribute to the Douglas Sirk melodramas of  the 1950s–I strongly recommend renting All That Heaven Allows before going to see this movie–transcends imitation.  It is subtle too.  Only after several weeks of thinking about the film did I begin to wonder whether Cathy Whitaker or her husband Frank was braver–or the more put upon by a suffocating middle-class society passing itself off as the American Dream.  I really didn’t think of this film as best of year material when I walked out of the theater, and it does have it’s flaws–at times the scenes with Cathy’s and Frank’s kids borders on self-parody–but it stings, and it stays, and it makes you appreciate it on its own terms.  If I had to write this column a year, or five years, from now, Far From Heaven, might very well be at the top.

One of the central premises of “10 Years Later” is that things change a lot in a decade, often in ways you don’t necessarily notice while they are happening incrementally. Directors and actors gain and lose reputations, our own tastes develop or transform, and the world in which we leave undergoes changes as well.

In the last week or so, most of the chatter in evangelical circles has been around eating (or not) at a certain fast food restaurant because its corporate leader made comments promoting his understanding of what constitutes Biblical marriage and may or may not harbor prejudicial feelings towards gays and lesbians. Say what you want about that whole carnival–and I tried to not say anything–but as silly as parts of it were, I simply can’t imagine that whole story playing out the way it did if the same man had made the same comments in 2002.

Such changes raise the question (at least for me) of how much of a hand works of art such as Far From Heaven have had in (re)shaping our consciousness about sociopolitical issues. Conventional theory states that the biggest single factor on where one falls on gay rights is whether or not one personally knows someone who is out as gay or lesbian. The number of friends or acquaintances I have who are openly gay has at least tripled (probably more) in the last decade, and it is hard for me to think that is entirely due to changes in the circles in which I socialize.

One irony in that realization is that as a sociopolitical statement, as an argument about gay rights (or racism) the film is not particularly strong. The stylization and retro setting provide enough distance to de-personalize the issue, and the baldness of much of the prejudice is such that even the fence sitting white heterosexual can distance himself from questionable actions, feelings, or assumptions by favorably comparing them to the blatant hostility of time gone by.

In addition, as many have pointed out, the film depicts a society in which there is some sort of space, however small, for Frank (Dennis Quaid) to at least pursue  a same sex relationship, while no such possibility, however remote, is present for the interracial couple of Cathy (Julianne Moore) and Raymond (Dennis Haysbert). Certainly it may be the case that the glimpse we see of Frank and his partner at the end of the movie provides only an illusion of possibility; a film with Frank as protagonist would have to be more probing about external as well as internal barriers to his homosexuality. I am also quite sympathetic to the argument that Cathy’s and Raymond’s naivete is such that they flaunt what they feel no shame in feeling, inviting the sort of push back that Frank avoids only by adopting the furtive measures that come with the cost of cemented self-loathing.

What the film loses by not having a clear, uncomplicated comparative thesis, it gains by allowing its characters to be real people rather than representatives of social causes. When Frank says, “I know it’s wrong because it makes me feel despicable,” my first thought was neither that he had been brainwashed by a homophobic culture into hating himself nor that he had not yet been brainwashed by a gay tolerant culture into no longer listening to the voice of self-loathing, but first, last, and only, “Poor man, what pain he is in.” One could, admittedly, use this source material as an object lesson in either side of the nature/nurture debate regarding human sexuality (and I think the jury’s back on that one), but for me, when Frank sobs that he thought he could do it until he fell in love, Quaid’s performance, full of the raw, awkward, and totally sincere shame at hurting Cathy with the truth reinforces that for him this is the truth.

I’m still not convinced that as a work of film art Far From Heaven is a classic. I’ve never felt a pull to go back to it, and I tend to want works that I call great to reward closer scrutiny with new or deeper insights. As a cultural artifact, however, it is well worth checking out. The film was nominated for four Academy Awards, and while I think Haynes’s screenplay is a bit uneven (any scene with the kid in it does still feel like parody), Julianne Moore’s performance is a fabulous reminder of just how good she can be.

Ultimately, whatever the blemishes in writing, however much some of the scenes feel forced, emotionally it works. The characters’ desperation, their sense of frustration, loneliness, fear, and confusion, is totally believable. It might not have ever been like this, but one can accept that it felt–and, for some, still feels–like this. 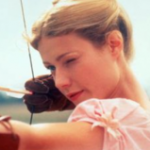 July 28, 2012
Emma, Merida, and the Female Bildungsroman
Next Post 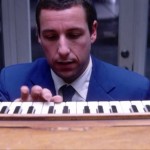 August 5, 2012 Punch-Drunk Love (Anderson, 2002) -- 10 Years Later
Recent Comments
0 | Leave a Comment
Browse Our Archives
get the latest from
Entertainment
Sign up for our newsletter
POPULAR AT PATHEOS Entertainment
1