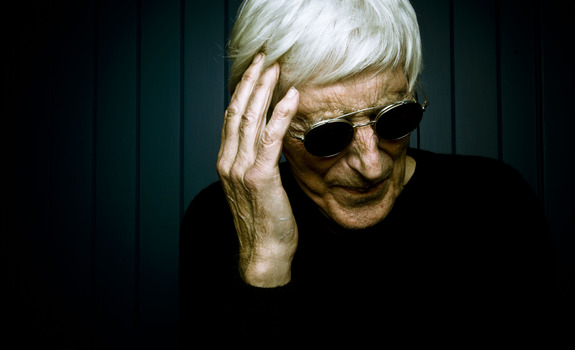 Yes, I found some of the images in the film distasteful.

Art can and perhaps should challenge us, or at the very least make demands on our thoughts rather than merely feeble requests for our attention. Far Out Isn’t Far Enough, Brad Bernstein’s documentary about children’s book illustrator/erotica producer Tomi Ungerer celebrates its subject, and by scratching past the broadest, hence most superficial, encomiums, gets us to celebrate him as well.

Rather than cherry-picking the parts of its subject’s production that might be most palatable to a particular audience and glossing over the rest, the film does the slower but more admirable job of revealing how the seeming contradictions are two parts of the same artist, insisting that such contradictions arise from the same place as as the artist’s innovation.

Ungerer ties his bold proclamation that “children should be traumatized” to his artistic vision that pushed children’s fiction beyond the benign and banal. “When we feel fear, we must discover courage in order to survive.” While treading lightly on direct psychoanalysis of the artist, the film (like Ungerer himself) clearly roots his view of the world in a childhood spent in Alsace during wartime. Ungerer learned–and relates–many lessons that we might want to shield children from but which we intuitively suspect they must learn in order to function in the world we inhabit with them. When talking about being forced to learn the language of the conquerors (because speaking French could mean a prison or even death sentence), he wryly opines that it turns out a child “can learn German in four months” and that “it doesn’t take Berlitz; a knife to your throat can suffice.” Later, as he sees the French victors burning all vestiges of German culture, and later still when his own books, previously awarded, are condemned, he speaks of struggling with “cognitive dissonance” that arises when the shifts of time and power call into question easy assumptions about goodness and evil.

The first act narrative, the one we are comfortable with, is that of Ungerer immigrating to America after the war, honing his craft in advertising, and revitalizing the children’s literature genre. If that’s all there was, it would be enough, particularly given the stylish animations of the film and generous sampling of Ungerer’s work. But we get a second act where Ungerer’s political consciousness is funneled into protest posters and underground erotica, and a third where his marginalization (blacklisting?) forces us to challenge our assumptions not just about art and childhood but about governments and cultures that try to control the productions of the former and representations of the latter in order to bolster their claims of higher moral consciousness.

Far Out Isn’t Far Enough also contains appreciations, including a moving and forceful one from Maurice Sendak. Why is it that artists often appear the most willing to acknowledge those who have opened doors for them, carved out spaces (often at great price) into which those that follow can plant their seeds to green our imaginations? Could it be, perhaps, because they feel more deeply than many of us the little compromises that aren’t so little and the small hypocrisies that that allow us to repress deeper taboos and more disturbing conflicts? I would argue that if you love Maurice Sendak (or Lemony Snicket, or, heck, J, K. Rowling) you owe a debt to Tomi Ungerer whether you’ve (or they’ve) read him or not. The line of influence may not be a straight one; often it isn’t. But one quality of great art is that it pushes the boundaries–not just of taste, but of perception. By challenging the conventional or status quo, it lets us see more…and more deeply.

The world is often a bewildering, often a scary place, not just for children, but for all of us. It’s okay to say that. It’s okay to see that. It is when we are aware of our fears that we search for–and often find–the courage to confront them.

Far Out Isn’t Far Enough was a part of the “New Docs” program at the 2013 Full Frame Documentary Film Festival. 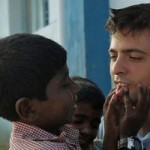 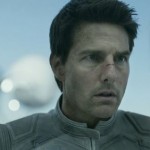 April 19, 2013 Oblivion (Kosinski, 2013)
Recent Comments
0 | Leave a Comment
Browse Our Archives
get the latest from
Entertainment
Sign up for our newsletter
POPULAR AT PATHEOS Entertainment
1