If 2014 is, as has been rumored, the final year of Film Fest DC, the selection of films proved a fitting microcosm of both why regional film festivals will continue to struggle and why this one will be missed.

Any opportunity to watch foreign language films in a theater setting is welcome these days since only a select few make it into theaters outside of New York and Los Angeles. From this year’s festival, only Amma Assante’s Belle, a period drama from the UK (and in English), seems likely to appear at a theater anywhere near you. When Jews Were Funny is already playing on Netflix. Film Fest DC had a heavy dose of films that had premiered or screened at the Toronto International Film Festival but hadn’t yet made enough of a splash to get wider distribution in the North America: White Lies, Ilo Ilo, Rock the Casbah, Ladder to Damascus, Giselle. There were also some smaller (and uneven) indie features that are either in mid-festival circuit (Monk With a Camera; Wetlands) or similarly failed to generate much traction when premiering at more prestigious festivals (The Last of Robin Hood).

Make no mistake, though, the appeal of such a festival for lovers of international cinema is not the opportunity to see second tier commercial fare before it enters its second life on VOD, it is the opportunity to catch smaller fare that may never even make it to Netflix or Redbox.

Case in point is Richie Mehta’s Siddharth [usr=4.5], easily the best film I saw at the festival and the first film I have seen this calendar year that seems a safe bet to end up on my year’s end list of top ten favorites. Siddarth was one of two movies (the other was Cold Eyes [usr=3.5]) that begged for comparison to a particular Hollywood film. The differences is while I kept thinking about Michael Mann’s Heat as a possible influence on and comfortable touchstone for those watching Cold Eyes,  I could only think of Taken in comparison to Siddharth as a way of illustrating how the latter actually explores its child abduction theme rather than simply using it, as does the former, for a generic frame around the generic presentation of a generic story.

That’s not meant to disrespect Cold Eyes. In many ways its pleasures are ones of restraint. If that restraint is created by budget or a reliance on stunts rather than special effects, who cares? It wasn’t until an exciting but mercifully brief chase scene in the film’s first half that I realized how deeply I have been conditioned to expect such scenes to go on and on and on, the sprawl of spectacle being a means of justifying inflated budgets and expectations. Cold Eyes is mostly a surveillance procedural. It shares with Heat a divided structure that allows the audience to follow the villain rather than just the cops who are chasing him. It isn’t particularly special or extraordinary, except in the fact that it doesn’t strain to try to be so. For that reason I found it more entertaining than its bloated contemporary American cousins. I have no problem with a film being derivative, so long as it imitates a good movie rather than the good movie’s progeny.

Siddharth is about a man, Mahendra Saini (Rajesh Tailang in what is remarkably only his second credited role), who tries to support his family as a “chain wallah.”  His meager living fixing zippers cannot provide enough for his family, so he sends his son to work at an adjoining village. When his son does not return home at the appointed time, Mahendra, who receives little help from an overworked police force, resolves to try to find him on his own. Unlike Liam Neeson in Taken, Mahendra does not have a “special set of skills,” he is just an ordinary man trying to process and deal with an extraordinary nightmare. It is a mark of the film’s greatness that it starts with two strikes against it–this story has been told many times in film and television–and still manages to succeed.

A great part of that success is the way it balances the personal narrative with sociological observation. Mahendra lives on the edge of ruin and despair to begin with, even before his son goes missing. The very factors that led him to (illegally) send his child to work are the ones that prevent him from moving heaven and earth to find him. Mehta’s script (based on a story by Maureen Dorey), is deft, constantly reminding us of the connections between poverty and powerlessness but never asking or allowing us to care more about the causes than the effects. It is also a reminder of great art’s power to make us  identify and empathize with the “other.” Many of the emotions and responses in the film are universal–Mahendra and his wife fight, almost against their wills, about who is responsible. But the universal emotions are grounded in particular details that keep the film from being generic and thus giving the audience a cushion against the depth of the personal horrors being faced. Most of us could imagine not having enough money saved to put our lives on hold for an extended period, but how many can imagine not even having a photograph of a family member to give to the police?

Another poignant cultural difference displayed in the film is the way those around Mahendra speak to and of him. In middle class, American circles, we are used to communities, media, friends, rallying around us, treating us as though we are singular in our grief, jeopardy, and despair. Mahendra’s friends do give to him out of their poverty, but their collective savings aren’t enough to buy a bus ticket, much less change the way the world is. And truth is, he is hardly the only one in need. While roaming the streets of a city where he thinks his son might have been taken, Mahendra meets orphans and runaways who suggest with childish lack of guise that perhaps his son was “lucky” and got taken from this world. Why would he  be roaming the streets with them if he had some place to go?

Perhaps the most impressive part of Siddharth is the way its ending makes what is an oft-told story look and feel new and different. With fifteen minutes to go, I had no idea how it was going to end, but thirty seconds after the credits I realized I was already feeling as though the ending I was given was the only possible one that made any artistic sense. There are hard truths about life here, but Siddharth isn’t an angry, political polemic. It’s honest about the ways power and wealth can insulate us from pain and suffering, but it is more honest about (and more interested in) the way we react when our world is shattered. Sometimes that comes as the result of not having enough. Sometimes it is the result of putting our faith in the wrong things or people. But sometimes it just happens. That is the universal human experience of living in a broken world and doing the best we can to cling to the pieces.

Other films of note screened at DC Film Fest include A Five Star Life (Viaggio sola) [usr=3.75],  Maria Sole Tognazzi’s simple but effectively executed comedy about a hotel “mystery guest” whose professional life of luxury and dissatisfaction begin to infect her personal relationships. Half of a Yellow Sun [usr=2.0] chronicled the tumultuous life of a pair of lovers (Chiwetel Ejiofor and Thandie Newton) during the Nigerian Civil War. Ilo Ilo [usr=3.0] is a carefully observed family drama about the ways in which global recession affect a Filipino nanny and the family in Singapore who hires her. Dakota Fanning outshines Keven Kline and Susan Sarandon, no small task that, in The Last of Robin Hood [usr=1.5], a biopic recreating the last years of Errol Flynn’s life and offering a prelude, perhaps, to today’s celebrity obsessed and scandal driven culture. Finally, Rock the Casbah [usr=3.0] gives us Omar Sharif–as a ghost narrating the story of a Moroccan family dealing with its patriarch’s demise. It’s sort of a middle east version of August Osage County or The Big Chill, and I was not a fan of either of those films. But one skips a new Sharif film at one’s peril. I’m not sure how many more we are going to get. 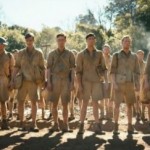 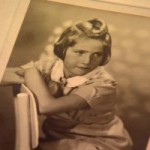 April 26, 2014 Inside Hana's Suitcase (Weinstein, 2009)
Recent Comments
0 | Leave a Comment
"Excellent points. I thought this was a really good movie, and the style is subtle ..."
movieman0283 My Best Picture Choice: Spotlight
"True story: I went to see this film by accident when it was in theaters ..."
movieman0283 The Devil Wears Prada (Frankel, 2006)
"I just scrolled through the film to get some clips for a video (I'm illustrating ..."
movieman0283 Salò (Pasolini, 1975)
"Well reasoned. I agree with you about Spotlight's technique - I just rewatched this and ..."
Andrew Spitznas My Best Picture Choice: Spotlight
Browse Our Archives
get the latest from
Entertainment
Sign up for our newsletter
POPULAR AT PATHEOS Entertainment
1