Among 2014 releases, only The Babadook has a creepier antagonist than John du Pont in Foxcatcher.  Yet if this were a competition (and du Pont evidently loved one-upsmanship), du Pont would triumph.  For the Babadook is obviously imaginary, while Bennett Miller’s film is historically grounded in tragic events that unfolded in Pennsylvania in the ‘80’s and ‘90’s.

Foxcatcher immediately establishes a tone of dread, with antique footage of fox hunt preparations set to the slow draw of a bow across cello strings.  The scenes following the opening credits then lay the foundation for the visceral physicality that also persists throughout Foxcatcher.  Brothers Mark and David Schultz wrestle almost wordlessly in an empty, dingy gym.  Grunting and seeking an advantage over the other, we’re served close-ups of sweaty brows and a bloodied nose.

Despite winning gold medals at the 1984 Olympics, both Schultz brothers have fallen on tough economic times by 1987.  Even though they aspire to go to Seoul in 1988, existence for the younger Mark (Channing Tatum) in particular has become hand to mouth, subsisting on $20 honoraria from elementary school motivational talks and dinners of ramen noodles.

However, deus ex machina deliverance seems at hand, when Mark receives a summons from John du Pont, a scion of America’s wealthiest family (the “better living through chemistry” industrial giants and military profiteers of the Eastern Seaboard.)   After a brief face to face meeting, Mark agrees to train in the athletic center built on the family’s property, while residing in an empty chalet that’s also on the vast du Pont grounds.

Mark quickly falls under the spell of du Pont’s blend of limitless wealth, patriotism, and aspirations to athletic triumph.  Eager to share his good fortune with the older brother who essentially raised him, Mark tries to persuade David (Mark Ruffalo) to join him.  David is not immediately eager to uproot his young family but eventually is swayed to do so.

All of this would be swell, a touching instance of noblesse oblige, except John du Pont is decidedly odd, mercurial, and controlling.  From his first screen appearance onwards, du Pont exudes a bizarrely menacing vibe.

Some of this relates to du Pont’s appearance, as Steve Carell is only semi-recognizable under the Oscar-nominated makeup job that tightens his features, extends his proboscis, and yellows his dentition.  Some is due to du Pont’s hushed and halting manner of speaking.  Much, of course, relates to his actual words, which are sometimes imperious and sometimes plainly weird, as when he tells Mark, “I’m an ornithologist, but more importantly, I’m a patriot.”

There is a pathetic, Norman Batesy quality to du Pont’s character.  John is overshadowed by his impossible to please mother (Vanessa Redgrave), who loves her regal horses but views the human creatures wrestling in Foxcatcher Gym as “low.”

Yet, du Pont’s volatility and self-absorption overpower the pity we feel for him.  One moment he’s commending Mark’s self-restraint in abstaining from alcohol, yet a bit later, he’s pressuring Mark to sample his cocaine.  Indeed, du Pont in this film could serve as a textbook example of Narcissistic Personality Disorder.  So consumed by self-importance, he exhibits no reticence in ghost-writing a speech wherein Mark slathers him with praise as a mentor and father figure.  (For those keeping score at home, there are also elements of Schizotypal, Obsessive-Compulsive, and Antisocial Personality Disorder, in du Pont as characterized by Bennett and Carell.)

All three lead actors in Foxcatcher give superb performances.  Carell made his reputation as a comic actor in the likes of The 40 Year Old Virgin, though he did show his capacity to play unlikeable characters in 2013’s underappreciated The Way Way Back.  With Foxcatcher, he shows that he can crank that ability all the way to 11.

Mark Ruffalo (as David Schultz) proves again that he’s the go-to guy for low key, endearing fellows in indie films.  Channing Tatum, on the other hand, is a pleasant surprise.  Typically starring in lowbrow action movies (the Jump Street and G.I. Joe franchises), Tatum demonstrates in Foxcatcher that he can inhabit tougher roles.  As Mark Schultz, he convincingly plays a self-abusing, none too bright fellow in perpetual search for a dad to lead him.

With Capote, Moneyball, and now, Foxcatcher, director Bennett Miller has completed a hat trick of three excellent, “based on a true story” films.  With the exception of a few abstract shots of blurry interiors and wrestling bodies in motion, Miller directs in a rather straightforward yet highly effective manner here, employing frequent close-ups for their emotional power.

I can’t help but wonder if Miller and his scriptwriters were making a subtle jab at George W. Bush and his ilk, with their depiction of John du Pont.  The parallels are there:  a teflon psyche, desperation for parental approval, a veneer of patriotism as compensation for personal deficiencies, and a life of unearned privilege.  We also have America in miniature at Foxcatcher Farm:  a majority underclass dependent on the fiat of grasping autocrats.

At the very least, Miller has admirably assembled elements of classic tragedy in this story of fraternal rivalry and competing parents.  Irresistible, too, is Miller’s depiction of group desensitization to gross psychopathology.  No doubt, we’ve all experienced this to some degree, when only after gaining some distance from a dysfunctional family or workplace relationship, do we recognize how crazy or hurtful it was.  Like the proverbial lobster in the hotpot, the wrestlers at Foxcatcher Farm become inured to du Pont’s insanity.  When these athletes in the gym barely react to du Pont’s firing a loaded gun into the air to gain their attention, we the viewers know that trouble is surely ahead. 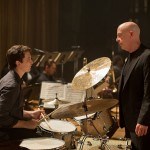 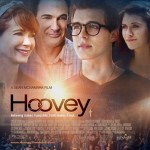 January 29, 2015 Hoovey (McNamara, 2015)
Recent Comments
0 | Leave a Comment
"Excellent points. I thought this was a really good movie, and the style is subtle ..."
movieman0283 My Best Picture Choice: Spotlight
"True story: I went to see this film by accident when it was in theaters ..."
movieman0283 The Devil Wears Prada (Frankel, 2006)
"I just scrolled through the film to get some clips for a video (I'm illustrating ..."
movieman0283 Salò (Pasolini, 1975)
"Well reasoned. I agree with you about Spotlight's technique - I just rewatched this and ..."
Andrew Spitznas My Best Picture Choice: Spotlight
Browse Our Archives
get the latest from
Entertainment
Sign up for our newsletter
POPULAR AT PATHEOS Entertainment
1