This review originally appeared at Viewpoint, a precursor to 1More Film Blog. All rights retained by author.

John Singleton’s remake of the Shaft franchise is long on style and very short on story. We are thrown almost immediately into a case as John Shaft arrives at a bar where a rich white racist (Christian Bale) has been heckling a black man who later turned up outside the bar, dead. A terrified female bartender (Toni Collete) tips Shaft to the suspect. When the suspect makes bail and flees, the witness disappears. Eventually the suspect returns to stand trial, and Shaft must try to find the bartender before the murderer (with the aid of callous drug dealers and crooked cops) can find and kill her. That’s half the movie. Eventually they all find her at roughtly the same time and there is a long chase scene and lots and lots of gun firing. That’s the other half.

Clearly this is well picked territory. The lone honorable cop trying to protect a helpless figure is a staple of action movies, from Witness to The Gauntlet to Terminator. Perhaps that is part of the reason that Shaft seems so…nondescript. Singleton is a competent filmmaker, but the money seems wasted on the screen, with a low budget script masked by high budget actors and special effects. Jackson is appealing in what is ultimately a self-referential role (we are always thinking “hey that’s Samuel L. Jackson delivering dialogue” not “hey that’s John Shaft saying something”). He can carry a movie, but there is nothing here for him to play off of.

Perhaps Shaft is being set up to be a franchise. If so, the first installment suffers a bit too much from TV pilot mentality. We have to introduce everyone and give them their quick defining scene regardless of whether they are necessary to this plot or not. And really none of the supporting characters are very necessary or slightly interesting. The few stylistic touches or lines of dialogue that rise above the generic have been played to death on previews or commercials (throwing badge; “do you think that makes me less dangerous–or more dangerous?”) and thus play as tiredly and predictably as the rest of the movie.

Morals of the Story

“He’s a complicated man/and no one understands him but his women…”
–Line from the Shaft theme song.

Shaft is still a ladies man, but the promiscuity that was a staple of the 70s film has given way to a flirting almost, dare I say it, indifference. It seems as though the AIDS epidemic has helped turn pop culture epitomes of masculinity towards the stylish object of desire and away from the prowling sexual agent. It is interesting to me that the heroes of four big budget summer movies (Shaft, The Patriot, Gone in 60 Seconds, The Perfect Storm) are all de-sexualized in some way. Not that they are any more chaste, they just seem more interested in cars, guns and male bonding than relationships with women or even (except in rare circumstances when there is a lull in the job or the war) sex with them.

I don’t think this is part of a new morality on Hollywood’s part. Roger Ebert suggests in his review of Shaft that this feature is part of pitching summer movies to progressively younger audiences who are more interested in cars than girls, and I agree up to a point. It is not that these films are any less misogynistic in the way they treat women; in fact they have pretty much reduced women yet again to the role of “window dressing.” In some ways these films are even better at showing the diminutive hollywood view of women than some films which show female characters involved in sexual encounters, because these films demonstrate that in the absence of a sexual relationship with the lead male character, the female character ceases to have ANY defining characteristics or personality traits.

Director John Singleton previously gave us the films Boyz in the Hood and Higher Learning, so it is not surprising that the most interesting dynamics in the film have to do with race, not sex. Probably the most interesting scene is tangential to the plot. John Shaft is trying to get help from an African-American woman and she agrees to provide him information if he will help her with a problem. It seems a small time street hustler/drug dealer has been getting her son to run errands for him, much to her dismay. She agrees to provide Shaft with the information if he will persuade the dealer to lay off her son, which Shaft proceeds to do by viciously beating the dealer. While he is in the process of assaulting the dealer, a police car with two white officers drives by (at this point Shaft is no longer on the force). He looks up. Will they stop him? Now that he is no longer a cop, he is at the mercy of those on the force with whom he has butted heads. Their eyes lock…and the car drives on.

It is a memorable scene, but it lacks the power of scenes in Singleton’s better work because we aren’t sure how Singleton wants us to feel about it or what, indeed, he is trying to say. Are we supposed to be happy the cops did not stop? Is it evidence of their racism that they “allow” a black ex-cop to beat a black drug dealer? Or is it evidence of their non-racism? Is Singleton arguing that the cops, if racist, would take out their hostility on a notable black figure by arresting him and that by turning blind eyes to his abuse of the system they are treating him as they would a white cop? Is Singleton sending a message to the audience that we, like the white cops, are willing to cheer when a black hero beats a black villain? Is he using the scene to pull us up short as we realize our lack of moral outrage? Ultimately the ambiguity of what this scene means dilutes its power. Singleton might argue that black cops such as Shaft are confronted with these ambiguities, and so the scene is realistic” That may be so, but I would counter that ambiguity is not inherently interesting in any dramatic sense. It is only really effective to the extent that it prompts deeper thinking or understanding about the causes of the ambiguity. Whatever issues are raised in Shaft never really extend from scene to scene and are usually resolved on a very simplistic, gut level. Shaft is the hero, so what he does must be good, Whatever anyone does to thwart him must be evil. Shaft is presented as being fairly simple. He may live in a more complicated world, but he is a less complicated man than he used to be.

Shaft is a fairly derivative example of the cop genre. It raises some interesting issues regarding race and tones down the more lurid sexual elements of its 1970s predecessor, but it does not bring anything fresh or new to the genre. Given the considerable talents of its director and stars, it (like Love’s Labour’s Lost) can best be summed up as a disappointment. 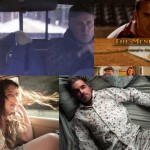 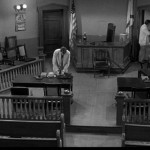 February 22, 2015 In Defense of "To Kill a Mockingbird" -- A Response to Roger Ebert
Recent Comments
0 | Leave a Comment
"Excellent points. I thought this was a really good movie, and the style is subtle ..."
movieman0283 My Best Picture Choice: Spotlight
"True story: I went to see this film by accident when it was in theaters ..."
movieman0283 The Devil Wears Prada (Frankel, 2006)
"I just scrolled through the film to get some clips for a video (I'm illustrating ..."
movieman0283 Salò (Pasolini, 1975)
"Well reasoned. I agree with you about Spotlight's technique - I just rewatched this and ..."
Andrew Spitznas My Best Picture Choice: Spotlight
Browse Our Archives
get the latest from
Entertainment
Sign up for our newsletter
POPULAR AT PATHEOS Entertainment
1