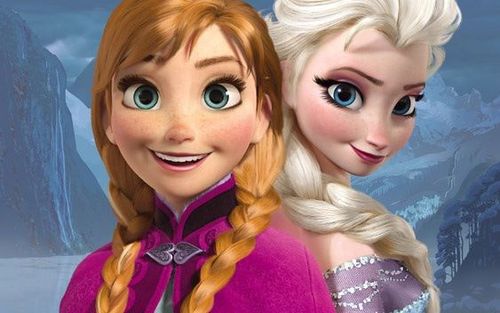 Evaluating Disney films in a DVD era has become a complicated calculus. The studio’s popularity brings both scrutiny and push back. The saturation marketing ups the stakes and further polarizes the responses. One doesn’t have to be a helicopter parent oneself to recognize that any cultural or social event that touches on kids is apt to make people disagree…passionately. I don’t have kids, so I feel as though I almost have to apologize for having an opinion when my stakes in the debate are seemingly much less. But I do have an opinion, and it is a passionate one.

I adored Frozen. It’s my favorite Disney film since Beauty and The Beast. I liked the story, I liked the characters, I loved the music, and I appreciated that it avoided or tweaked the elements that have irked me about some Disney films in the past: the heroine proclaiming “it’s all my fault,” and the need to kill the antagonist rather than merely defeat him or her. The color palette is closer to that of the hand drawn animation that I prefer, and the vocal performances are consistently good.

Loosely based on Hans Christian Andersen’s “The Snow Queen,” the film deals with a sister, Elsa, trying to learn to control her power to turn things to ice. Her younger sister, Anna, does not understand why her parents segregate the siblings or why her sister, once grown, continues to shut her out.

Two elements help the film mitigate against the nearly oppressive scrutiny given to the cultural work of any Disney film. While Anna is clearly and ultimately the protagonist, the princess role is distributed over two characters. Thus neither she nor sister Elsa must carry the entire weight of having her growing pains and the lessons learned stand in for those of every girl in Western civilization. (Just half of them!)

It helped me also that the film’s emotional core was about overcoming an internal conflict rather than defeating an external foe. There are plenty of those, in particular a snowman Elsa creates to keep everyone away. Elsa, not Anna, gets the film’s showstopper, a thrilling “Let It Go” that has the sister trying to outgrow the self-loathing that has inadvertently but understandably become internalized through years of well-meaning but misguided instruction about how to master her powers. “Let It Go” may also be a subversive song in that its “embrace your true identity” ethos could easily be seen as a Celluloid Closet-like nod to alternate sexual preferences. (Unlike the younger Anna, Elsa appears completely uninterested in suitors.) And I’m totally fine with that. Really, though, the main part of what makes the song so resonant is that the “it” in “Let it Go” can be plugged in to most any internal conflict where the person is held back through fear.

I assumed, when looking at the posters, that I would grit my teeth every time Olaf, a snowman sidekick showed up. Olaf, though, was surprisingly endearing. He has a function in the story, evoking for Anna a distant memory of sibling love. Most import, for me, he is not a wise-cracking sidekick in the now tired Shrek/Donkey mode. Olaf is the mouthpiece for unconditional love, and the film evades gendering that message by making it come from the snowman and apply equally to the men and the women.

Are there areas of concern or things I’m pretty sure will bother others more than they did me? Yep. Although she walks it back almost immediately, Anna does fall into the “it’s all my fault” mantra. I thought Disney was making fun of this admitted tendency by having her follow it up with, “Of course..” and a discussion of how it was her sister’s fault. The truth is that so many messages sent to kids today, especially to girls, are about shame and fear, and so it feels like films about them can tell them they are not perfect/God or can tell them they are not worthless nothings but can’t tell them both. If I have to choose, I guess I would rather they fight against the more insidious and damaging tendencies of self-loathing–see Miss Representation for some sobering statistics about the mental health costs on young women of the dominant cultural images we send to them through film and television. Anna’s sticking up for herself earns a big “hooray” form me, even if I acknowledge that both girls make some errors that neither exactly owns.

The film’s other noticeable stumbles come at the beginning and the end. I know, I know–he loved the movie except for the beginning and the end? The prologue was a bit rushed and so made the sisters’ parents the root of their dysfunction. A slightly better script treatment could have made them loving and yet have their instructions misunderstood. As it stands, some kids do need to learn as they age that parents are fallible or even flawed. On the other hand the cultural pendulum appears to have swung to the point that films appear to say that parents are never wise or worth hearing. This trope might have bothered me more if I were a parent; since I’m not, I identified with the kids. Perhaps the film might even be a cautionary tale for adults–our words carry great power and needn’t be maliciously intended in order to leave deep scars. Let’s think carefully not just about the lessons we teach kids but how we teach them.

The end? Well, I won’t give spoilers but there is a surprising and needless character twist. The troublesome “rescue me” motif makes an appearance. A character does something dumb not because he would but because the film needs him to in order to artificially heighten suspense. The last act felt less like a celebration of the film’s different-ness and more like a failure of nerve. Nevertheless, by that time I had already bought into the film. The ending dinged it but didn’t ruin it.

One of everyone’s deepest desires is to be loved in spite of our imperfections. Siblings, sisters especially, are one of the first people that did that for many of us. Frozen reminded me that I should celebrate my own sister and appreciate the relationship my friends and family have with theirs. 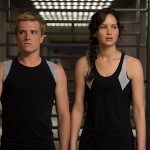 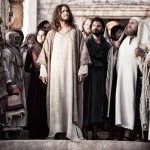 November 30, 2013 The Bible
Recent Comments
0 | Leave a Comment
"Excellent points. I thought this was a really good movie, and the style is subtle ..."
movieman0283 My Best Picture Choice: Spotlight
"True story: I went to see this film by accident when it was in theaters ..."
movieman0283 The Devil Wears Prada (Frankel, 2006)
"I just scrolled through the film to get some clips for a video (I'm illustrating ..."
movieman0283 Salò (Pasolini, 1975)
"Well reasoned. I agree with you about Spotlight's technique - I just rewatched this and ..."
Andrew Spitznas My Best Picture Choice: Spotlight
Browse Our Archives
get the latest from
Entertainment
Sign up for our newsletter
POPULAR AT PATHEOS Entertainment
1