My problems with God’s Not Dead are almost all ones of execution, not concept.

The story is of a humble college freshman who risks everything (okay a bad grade) by refusing to be bullied into signing a card affirming that God is dead, which is required by his Philosophy professor so that he can jump right to the atheist texts without wasting the class’ time on cosmology. The student, the allusively and unfortunately named Josh Wheaton (Shane Harper) is pressured by his girlfriend and registration adviser to drop the course. But when a pastor reminds him that this class may be the only chance his classmates have to hear about God (apparently Josh would be incapable of speaking to any of them socially unless they were a captive audience) he puts his future on the line to stand up for his beliefs.

I’m a big fan of standing up for your beliefs. Some famous philosopher in some book or other said something once about how Christians, especially, should be ready to give an answer when questioned about why they have faith. So I have no problem, in theory, with a narrative about a college student who researches arguments for and against theism. But…

The film’s depiction of college is just so…ridiculous. (I was going to say evangelically pornographic, but let’s give it the benefit of the doubt as to the intended use it hopes its audience will make of it.) The credits cite two dozen or so court cases of students who have allegedly been academically persecuted for their beliefs. Maybe they all were, but as someone who has spent nearly two decades teaching at various universities (not to mention another twelve acquiring my bachelor’s, master’s and doctoral degrees)–both Christian and secular–I’ve learned through hard experience that claims of persecution, like arguments over cosmology, are rarely as clear cut as those  preaching to the choir would have the choir believe.

Professor Radisson (Kevin Sorbo) is supposed to be an intellectual giant of sorts, yet his heckling rebuttals of Josh’s carefully considered arguments involve cherry picking pull quotes from Stephen Hawking and listing famous atheists. That there is no institutional means of redress for the professor’s openly capricious grade threatening would imply either that all Radisson’s colleagues are with him (i.e. that the entire university, indeed higher education in general, is godless and punitive) or that he has some antiquated form of tenure that only really persists at select institutions where he probably wouldn’t be teaching introductory classes to undergraduates anyway.

It is, of course, not enough that our professor be an academic bully. There is a side story about him pursuing and eventually marrying one of his former students, to show he’s unprofessional and a hypocrite to boot. He’s also a misogynist control freak, humiliating her in front of colleagues and dinner guests and directing her about what topics she is and isn’t allowed to speak about in his presence. The implication is clear. Atheists only really stand a chance against Christians if they can silence them by controlling the means of discourse. Any legitimate, open, exchange of ideas would clearly favor theism and persuade all but the intellectually dishonest. Late in the film it is revealed that Professor Radisson’s atheism was born more out of personal suffering than intellectual reasoning. I’ve certainly met an atheist or two who was more angry at God than generally dubious of His existence, but in a film about arguments, this seemed like card stacking of the worst kind.

I do believe God’s not dead. I just have a hard time swallowing that saying so is the act of profound spiritual courage that the film makes it out to be. I’ve long felt that American Christians sometimes mistake losing long held positions of power and special privileges with being persecuted and are too quick to conflate being forced to accept that those who have alternative views sometimes come to them  sincerely with being forced to accept those views as true. When I was an undergraduate, the Christian students who wanted to use our Introduction to Religion course to proselytize were far more smug and closed minded than anyone else. I’m not sure that we convinced anyone of the superiority of our views and I’ve since found myself wishing more than once that I had listened better to the lectures on Hinduism, Buddhism, and Islam–not so that I could better destroy their arguments but so that I could understand my neighbor, a necessary first step towards loving him.

That last paragraph is about me and my experiences and not the film, but it points to a broader cultural persecution complex that the film just kept presuming and pushing until I found myself grating my teeth, even when the individual Christians facing actual persecution in this made up world were acting far less obnoxious than most Christians I know who face made up persecutions in the actual world.

That’s a shame, too, because there are places where the film gets out of argument mode long enough to recognize that Christians are generally judged by their friends and colleagues less by their arguments than their attitudes. For this reason Harper keeps the film afloat (and a notch above most evangelical Christian movies) by refusing to play the martyr or act smug and self-congratulatory. A subplot with Dean Cain as the professor’s wife’s brother brings the film’s one big surprise and packs the the strongest emotional impact. The celebrity cameos from Duck Dynasty members Willie and Korie Robertson and the Newsboys are low key object lessons in defusing conflict rather than escalating it.

God’s Not Dead isn’t horrible for a ninety minute evangelism tract. I’ve seen films that were better made and critically lauded that I hated more–I’m looking at you August: Osage County–but I’ve also seen secular films that were better arguments for God’s existence and the necessity of acknowledging it. It’s hard for me to knock a film whose sole reason for being is to tell young adults heading off to college that they needn’t be embarrassed by their faith, that the blustering teasing in some pockets of our culture is skin deep and not the serious refutation of Christianity they fear it is.

But I would have respected the film more if Josh’s victory hadn’t been so overwhelming and triumphal. The atheist must not just be answered, he must be annihilated. This suggests to me that the film is doing the cultural work of promoting tribalism more so than bolstering the faith. So too an ending that encourages everyone to stand up  for their faith by … well I won’t spoil the ending (or the film’s inevitable marketing campaign). I will suggest to any high-schoolers or college freshman who feel peer pressure to play along at the end of the movie, that Brené Brown’s Ted Talk on “Listening to Shame” is well worth a listen while you have your smart phones out. Extra credit and a $20 prize to the best short essay on the connections between shaming and action calls in American evangelical culture.

I’ll also say to those of you getting ready to go to college in the fall that while the university is not the bogey man that Christian culture often makes it out to be, it can be scary. But the exact thing that makes it scary (to you and those who love you) is what makes it exciting: it is where your beliefs become your own. It isn’t, or doesn’t have to be, a place where you trade one source of indoctrination for another. There are teachers and institutions whose mission it is not to tell you what to think but to teach you how to think. I know, I work at one of them. One of my heroes in the faith, George MacDonald, said of education in one of his novels:

The upper hand of influence I had over [my friend], I attribute to the greater freedom of my training, and the enlarged ideas which had led my uncle to avoid enthralling me to his notions. He believed the truth could afford to wait until I was capable of seeing it for myself; and that the best embodiments of truth are but bonds and fetters to him who cannot accept them as such.

Here is another (I hope) encouraging thought. Truth is not some inert concept hidden in a mountain of false philosophies found only by intellectually panning for gold. It is incarnational. The truth is a living God, one who wants to be found by you because He wants to be in communion with you. 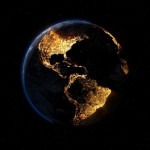 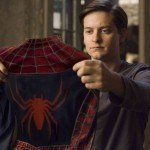 January 26, 2014 Spider-Man 2 (Raimi, 2004) -- 10 Years Later
Recent Comments
1 Comment | Leave a Comment
"Excellent points. I thought this was a really good movie, and the style is subtle ..."
movieman0283 My Best Picture Choice: Spotlight
"True story: I went to see this film by accident when it was in theaters ..."
movieman0283 The Devil Wears Prada (Frankel, 2006)
"I just scrolled through the film to get some clips for a video (I'm illustrating ..."
movieman0283 Salò (Pasolini, 1975)
"Well reasoned. I agree with you about Spotlight's technique - I just rewatched this and ..."
Andrew Spitznas My Best Picture Choice: Spotlight
Browse Our Archives
Related posts from 1More Film Blog