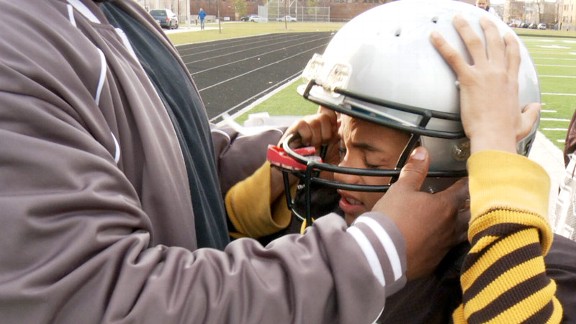 Perhaps the high point of The Sopranos, HBO’s much acclaimed drama came when Carmela, the wife of the eponymous mobster Tony Soprano, visited a Jewish therapist to consider counseling. Refusing to accept her as a patient, he gave her only one piece of advice: turn your husband in to the police and take nothing out of the house except the children. When she demurred and it was clear that she would look for a more palatable solution to assuage her conscience while still enjoying the fruits of her husband’s life, he has no other advice for her, only an admonition: “One thing you can’t say is that you were never told.”

I am, of course, not here to tell you that watching football is the moral equivalent of being a mobster or even accepting mob money. Neither am I here to tell you that if, after seeing Steve James’s Head Games, which chronicles the current state of research about the long term effects of concussions in contact sports, you want your sons to keep playing football and hockey and your daughters to keep playing soccer that you should feel guilty about that decision. Never having had children of my own, I don’t have to answer to them for allowing them (or not) to play (or not).

I will say that judging nobody but myself, I feel convicted for the money and time I spend that create an inducement–some might say a temptation–for other human beings to put their long-term health at risk for my pleasure. If the NFL were a business in China and there was evidence that its products might cause its workers long-term or even permanent brain damage, would we not sanction or censure that business? Would there not be calls to boycott it? If it were proven that the working conditions were especially harmful for children–who were nevertheless encouraged to participate–would we not claim an especial level of moral indignation?

Metaphors are unwieldy things, largely ineffectual for argument’s sake since even the most listless opposition can find some part of the metaphor that doesn’t apply and use it as a wedge against acknowledging a core similarity, an essential truth. Sportscaster Bob Costas summarizes that what is “incidental” (the risk of serious, long term injury) in some industries is “fundamental” in football.

The research here is depressing and depressingly relentless. Approximately 5% of NFL players have reported having concussions, but when asked only about symptoms that number rises to 50% suggesting that athletes, when informed of the risks, learn how to answer questions to avoid losing time. Professional football players are nineteen times more likely to suffer from early-onset dementia than members of the general population.

What is more depressing than the science is the response of players, coaches, and even parents to it. The son of one hockey dad admits he prefers his dad not tell him how to recognize the symptoms of concussion even though all research says that a second injury exponentially increases recovery time. Ignorance is dangerous bliss. When Chris Nowinski is challenged at a school that he is fear mongering, an athletic trainer insists that what Chris calls symptoms of a concussion are the natural effects of contact sports that his athletes sustain all the time with no serious damage. Former NHL star Keith Primeau says: “I know that I’ve damaged my brain; I don’t know where I am twenty years from now.” That attitude is seconded by a college teammate of Nowinski’s who replies to his friend’s attempt to educate him with the simple assertion that “I can’t be thinking about the long term consequences.”

Changing a culture is harder than simply throwing facts at it. Former World Cup soccer star and Olympic gold medalist Cindy Parlow Cone, herself a sufferer from multiple concussions talks about the frustration her players have whenever she subs them out after a head injury. “I’m fine,” they insist, caring more about losing playing time than possible future loss of brain funciton.

If there is a smoking gun in the documentary it is a tape of NFL commissioner Roger Goodell being informed of initial findings about autopsies of player’s bodies evidencing brain damage and his appearance before a Congressional hearing. How much evidence is enough when millions of dollars are at stake?

I am a lifelong football fan, though I never played the game. (I’ve participated in recreational basketball,  softball, Ultimate, and disc golf.) I remember watching my beloved Redskins play the Giants on the Monday night when Lawrence Taylor snapped Joe Thiesmanm’s leg; it was the closest I’ve been to actually throwing up at something I saw on live television, and I became convinced that if that didn’t sour people on watching nothing would. And that was visible. Fifty-six percent of NFL players have said they would hide concussion symptoms to stay on the field and keep playing. The official tracking says there were ten concussions reported in the first week of play in the 2012 NFL season.

Maybe it’s not my fault that people choose to play football. Maybe my dollars, my eyeballs adding to ratings do not attach any guilt to me in the assumed risk of the players who are better compensated for taking those risks than many other segments of the population. That’s an argument that I’m free to make. But one thing I can’t say is that nobody has ever told me that one consequence of my entertainment is that people routinely and systematically damage their brains to provide it. 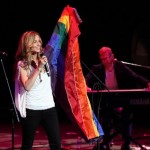 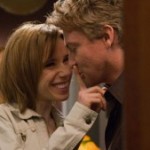 November 17, 2012 Love Birds (Murphy, 2011)
Recent Comments
0 | Leave a Comment
Browse Our Archives
get the latest from
Entertainment
Sign up for our newsletter
POPULAR AT PATHEOS Entertainment
1

The CW's 'Walker' Is Sure Not...
Kate O'Hare's Pax Culturati
Related posts from 1More Film Blog