If I could ask one question of series creator and writer Michelle Ashford it would be whether or not Masters of Sex has a specific end in mind.

All serial television must grapple with the problem of indeterminate length. Particularly early on, a show’s creator may not know how long she has to tell a story. Even when a show avoids imminent cancellation (Masters of Sex was recently renewed for a third season), the creative talent may not know whether they have two years or ten to tell a story. Some of television’s best shows have found ways of mitigating that problem. Law & Order perfected the notion that each episode should be a self contained story, thus allowing audiences approaching reruns in syndication to come in (and leave) at any point. This structure is remarkable flexible, but it does not lend itself to character-driven shows. David Simon has mentioned that each season of The Wire was designed as a whole; thus while characters overlapped, the show wasn’t afraid to make major changes to their situation if they were warranted. In a worst-case scenario indeterminacy can lead to a kind of stasis, where writers are afraid to mess with the formula or allow characters to progress and develop. While such a stasis can lead to a show becoming stale quickly, it is easy to understand why it happens. Forward momentum propels a drama towards an end. If you don’t know how long you have to wait before moving to the end, you tend to endlessly cycle through the middle, stretching events or story arcs to bide your time. Of recent successful television dramas, House M.D. was one of the few that appeared willing to let its characters evolve and change, even when doing so risked changing the formula that had made it successful. Like Law & Order (and to a lesser extent, ER), it’s “case of the week” format allowed its individual episodes to be structured around the guests, satisfying the weekly need for resolution while giving the main characters space to develop and change more slowly. In a show like NYPD Blue, for example, Andy Sipowicz’s transformation is largely credible only because it occurs gradually over the course of twelve years and is illustrated through weekly interactions with a dozen or more other characters.

Any attempt to bring Masers of Sex to television would have to grapple with a couple of structural problems that the show, half way through its second year, still hasn’t clearly signaled its strategy for dealing with. For one, William Masters and Virginia Johnson were partners for over four decades. Is the show intending to cover all of that time? If not, where is it planning to stop? And more importantly, why there? What is at the core of the show? The initial study? Is this an origin story, like Gotham or Smallville, that is trying to give you the stuff that led up to the more famous parts of the story (they think) you already know? Or is it intending to follow as much of the story as it can, worrying only about wrapping things up whenever it senses it has overstayed its welcome and cancellation is imminent?

The decision of what to focus on is complicated by the fact that Masters’s and Johnson’s story–at least as co-producer Thomas Maeir tells it in his biography–is a front loaded one. Most of the researchers’ greatest successes and achievements came early in their career, and–without getting into spoilers for those who haven’t looked up or don’t remember the public record of these contemporary figures–events later in their respective lives complicate our understanding of what they did and why they did it.

For the bulk of Season One, I thought Masters of Sex was pursuing–and executing well–the strategy of being an origin story. The pace was such that we understood there was no way it would cover forty years no matter how many seasons the show lasted. I expected that the show would probably end at the point at which the researchers became successful, public figures, and the episodes (however many there were) would be infused with the dramatic irony created by our knowledge of their eventual fate. While there wasn’t a “case of the week,” there was enough focus on the subjects of the study to vary the approach to the show’s general thesis–that the research was necessary and important in helping us understand a previously taboo area of the human experience. Only the final episode of the first season seemed rushed–to get us to a cliffhanger of sorts.

Season Two, though, has largely focused on the relationship between Bill and Virginia rather than on their work. The move from hospital to hospital seemed a puzzling apocryphal addition devoid of any real thematic point other than extending the time that the partners were apart. Because there were fewer patients, the emphasis kept going back to the relationship. Other than Dr. DePaul, the supporting cast from Season One was largely jettisoned. Yes, Betty has been a constant, but–let’s be honest–her character arc reached a natural point where she should have just gone off with Gene and never looked back. Libby was transformed from a faithful and possibly ignorant wife to a mentally unstable racist not because this made her more interesting but because it seemed the writers had no other ideas what to do with her. My disenchantment came to a head in episode 2.6 (Blackbird) when Gene’s (Greg Grunberg) buddy gives a laughably poorly written sure-is-funny-how-they-kiss-each-other-on-the-mouth speech to alert the pretzel king his wife was bisexual. I couldn’t bring myself to even do a recap. A nuanced, thoughtful show had turned into a soap opera, pivoting on surprise revelations to propel the plot rather than organic character development.

It was thus not surprising nor entirely unwelcome that episode 2.7–Asterion–came across as though the show had panicked and hit the “reset” button. We get not one but two flash-forwards in time. “Blackbirds” left Bill reeling on Virginia’s doorstep, dumbfounded that she had a boyfriend–met at the hotel where they were doing “research,” no less. Half way through “Asterion,” Virginia has a new boyfriend, and later she can’t even remember the name of the man who sent Bill into a jealous rage. Libby announces she wants a child and the next thing we know she has already delivered and is carrying around a second toddler. No mention is made of Lillian, the woman whose death prompted Virginia’s tearful “she was my friend!” speech, but Austin (Teddy Sears) and Bill’s mom (Ann Dowd) are hauled back in.

These are all welcome changes, but the speed at which they are made smacks a little of desperation. Given that the only other significant time jump in the series was between Season One and Season Two, is it possible that these events were originally conceived for the first episode of Season Three and pushed up because I was apparently not the only viewer unhappy that nothing appeared to be happening in this second season?

What is happening now is that the clinic is being set up and Bill is becoming a bigger and bigger jerk. The title “Asterion” refers to the Minotaur in classical mythology and is meant, I guess, to suggest that Bill is somewhat bull-headed. (Unless it means he and we are in the middle of a confusing maze–that of figuring out human sexuality–but wouldn’t that make him Theseus?) I am ambivalent about making the opening of the clinic an act of desperation rather than a natural result of Masters’s and Johnson’s initial success. My guess would be that doing so is meant to ennoble the research effort–showing that Bill risked all to pursue the research. Such stubbornness is only ennobling, however, if the reasons for the opposition are prejudice that needs to be overcome and the the motivation for overcoming it is an altruistic desire to help those who are struggling. Here Bill’s dire straits are directly linked to his own lack of people skills–he threatens to falsify research if an African-American editor won’t kill a story;  he drunkenly offers to pair Virginia’s new boyfriend with his assistant in the lab–and any genuine desire to help people overcome dysfunction and lead better lives is nowhere to be found. The real life Masters as described in Maier’s biography was no peach–he did, apparently, demand Johnson have sex with him as a condition of employment and demonstrate a pretty callous disregard for the sacrament of marriage. But there was another side that is increasingly hard to see in the show. Part of how Dr. Masters was able to open a sex research clinic in the conservative Midwest (St. Louis) in the late 50s and early 60s was because he had banked a lot of good will in a successful career as an obstetrician.  The show makes it seem as though he alienated everyone and thus had to take his mother’s money, pricking his ego. But by the time the clinic opened, the real Masters and Johnson were already published and beginning therapy–generating income through speaking engagements, fees for services (the show still has them paying test subjects), and donations from those who have been helped by or believe in their research.

“Asterion” made some huge, probably necessary, shifts to the story to bring the show more in line with the historical events. The question to be answered by the rest of the second season is whether that shift came too late. Did the show lose its way and signal its intention to get back on track, or do the increasingly big changes from week to week evidence increasingly wild flailing that follows after smooth sailing and comes right before drowning? 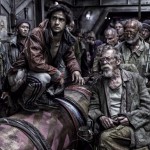 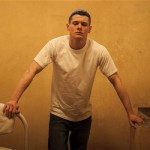 August 31, 2014 Starred Up (Mackenzie, 2013)
Recent Comments
0 | Leave a Comment
Browse Our Archives
get the latest from
Entertainment
Sign up for our newsletter
POPULAR AT PATHEOS Entertainment
1 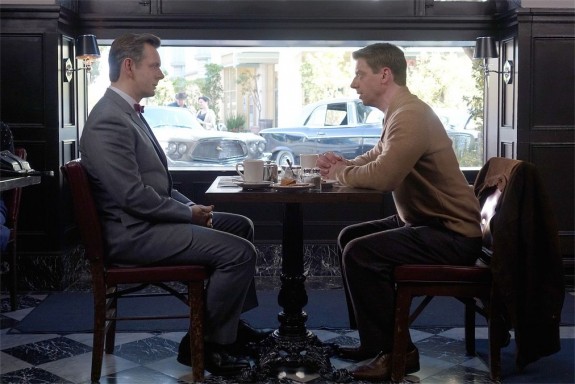 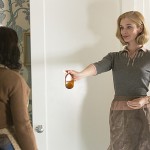