Masters of Sex Episode 2.11 Recap: One for the Money, Two for the Show

Masters of Sex Episode 2.11 Recap: One for the Money, Two for the Show September 22, 2014 Kenneth R. Morefield

The penultimate episode of a cable show’s season is supposed to be one in which story arcs are resolved–or at least begin to come together. That this was not the case for Episode 2.11 of Masters of Sex (there were no 1More Film Blog recaps for Episode 2.9 and 2.10 due to TIFF coverage), that we appear to be heading to a more conventional cliffhanger at season’s end, is one more indication of how the show has struggled in its sophomore season.

“One for the Money, Two for the Show,” like most episodes this season, was not without its moments. It was somewhat more artfully structured than the season’s middle episodes, particularly in the way that it allowed the various subplots to reinforce the episode’s themes. Yet even as it did so, it failed to advance a central theme or idea for the season as a whole.

The dominant theme here was that of role playing, a practice that the show has examined before, particularly in Episode 2.3 (“Fight”).  That episode looked at role playing specifically as part of sex, a practice echoed by Flo and (reluctantly) Austin once she shares a fantasy revolving around Gone With the Wind. The Flo-Austin encounters have been more or less played for laughs. I find that disappointing in that it subtly (or not so subtly) plays off cultural stereotypes that are embedded in fat-shaming and thus run counter to the spirit of its “shame is bad” mission statement. There has also been a major missed opportunity here to compare Flo’s coercion of Austin to Bill’s coercion of Virginia. Are we less mortified at a boss demanding sex as a condition of employment when she is a woman? Or does the show want to assert–as it appears close to doing–that having been coerced into a sexual relationship with Bill, Ginny has developed genuine feelings for him? Either take would be interesting to examine, but the show seems understandably skittish on this point. Anything positive Ginny feels for Bill appears to be endorsing the sexual harassment. But any attempts to address it directly have to account for Ginny’s own seeming lack of outrage.

The other storylines look at role playing in a more general manner. Bill tries to resists CBS’s attempts to remake him into something more television friendly, while Ginny settles more comfortably into the game of putting the best public face on things, even if that means residing in the land of half truths and manufactured footage. Is Ginny better at this because she is a woman and, hence, more often required to pretend?

The third storyline deals with Libby’s increasingly open flirtation with Robert, the African-American community organizer. He wonders openly if she is playing a role, and in the episode’s best scene, she admits that she herself doesn’t now. Libby is searching for herself. Her attempts at playing the role of housewife for so long have caused her to no longer be able to distinguish between her own face and that which she presents to the world.

While the storylines were more artfully integrated, the episode still had the meandering quality that has plagued Season Two. Bill’s brother and sister-in-law have left after a brutal fight, ending a three episode arc in which we didn’t really learn anything about Bill that we hadn’t already inferred from his horror stories of childhood abuse in “Fight.” Lester and Barbara have met but don’t yet know they are going to be a couple, even if the rest of us saw that development a mile away. Betty is comfortably ensconced as an office manager; her brief marriage to the pretzel king is apparently not something she ever thinks about. Bill continues to fight the idea of applying his research, leaving us to wonder what his endgame is, precisely? Ginny’s husband has one scene to reestablish his bona fides as a dad before saying he wants to take the kids away for the holidays in Europe. We have pointed out to us that this leaves Ginny alone, but that would carry more emotional weight if the kids were an actual presence in her life rather than worked into an aside once an episode. Kaplan is terrific in the scene where the excited children ask her what she will do for Christmas–one of the masks Ginny has worn too long is that of not showing her own sadness or disappointment.

But the television interview also plays into the series’ endless attempts to tell rather than show. Masters of Sex has a terrific set up, but the writing is a notch below some of the best television. In shows like Mad Men, The Good Wife, or, heck, even Law & Order, the conversations people have tend to come across as organic exchanges that people doing such work might have. Here the writers spend very little time thinking about how to get to the revealing speeches, so the show sometimes comes across as actors taking turns reciting monologues rather than actual people conversing with one another. A good example would be the scene between Bill and the sandwich eating cameraman who compares Johnson and Masters to Beauty and the Beast. I don’t find it hard to believe that people can be that blunt or tactless in their speech, but the set up to that speech was odd. How often do relative strangers go up to one another with a can-I-tell-you-something observation?

The big questions going into the season finale are: when is Austin going to join the clinic? was Libby’s sex with Robert real or imagined? when will the clinic begin treating patients using the sensate therapy that Johnson developed? That these were all questions we had, or developments we were anticipating, in the middle of the season, reinforces the feeling that the show has been spinning its wheels a bit. 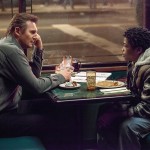 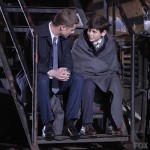 September 23, 2014 Gotham Episode 1.1 Recap: Pilot
Recent Comments
0 | Leave a Comment
Browse Our Archives
get the latest from
Entertainment
Sign up for our newsletter
POPULAR AT PATHEOS Entertainment
1