Memento is both better and worse than I remember it (no pun intended).

Typically, “twist” or “gimmick” films don’t hold up very well to repeat viewings, and I suspect that fact contributed to my ongoing reluctance to revisit the film I had ranked third in my list of favorites ten years ago.

(in my best/worst of 2001 column at Viewpoint, a precursor to this blog)

The plot to Memento makes it sound like it ought to be a “B” movie, late night mystery. A former insurance investigator (Guy Pearce as Leonard Shelby) who has lost the ability to create new memories attempts to hunt for the man that murdered his wife. He must leave himself clues and instructions to compensate for the fact that he knows he will not remember what he has just learned. Dramatic irony or tension is most often caused by allowing the audience to know something the character does not (there is a bomb in the room or a person hiding in the bushes). The less aware the characters are of their peril, the more, it seems, we fear for them. That being the case, Memento accumulates fear and irony with each passing scene as we become increasingly aware of all that Pearce’s character has forgotten and thus learn the true nature of the dangers he is in. Some have dismissed the film as too much of a “gimmick” (the scenes of the plot are shown in reverse chronological order), but its structure is for a purpose. By withholding the beginning of the plot from us the film forces us to assume Leonard’s perspective. What he has forgotten we do not yet know, and so at any given time we, like him, are watching events unfold without any sense of context. It is a daring directorial touch and Christopher Nolan carries it off perfectly. At the center of all is a totally incredible performance by Pearce as a man in an unimaginable position.

I wasn’t bored by knowing the gimmick, probably because I had forgotten much of the story line. As a result, I had roughly the same sort of response: admiration at the quality of the gimmick, surprise at its being able to be sustained, and an appreciation for the inventiveness of the story.

I also became even more aware of something that had been gnawing at me from the first viewing: the relative absence of any emotion. From the standpoint of the characters in the film, this cold, antiseptic feeling might be appropriate. Absent new memories, the people have no context themselves to formulate emotions. From the standpoint of the viewer, though, not caring about the people or what happens to them is rarely a good thing.

Unquestionably, and probably unfortunately, the predominance of intricate structure over interesting character is something typical of Nolan’s work. I’ve never been a big fan of The Dark Knight (with the clockwork bank robbery and zestful joker shooting adrenaline through a somewhat flat delivery of political aphorisms masquerading as internal conflicts), but this shrinking of Memento may also bode ill for the long term appreciation of Inception (a film I found myself responding to in essentially the same manner as Memento).

Both films have main characters that are essentially ciphers. These films don’t so much have plots as they do back stories. Was it Jonathan Culler (or perhaps Aristotle?) who famously opined that a mystery was like any other story only instead of having a beginning, a middle, and an end, it provided the beginning last? Memento is not a whodunit–we know the outcome from the first shot–but it does have the structural features of a mystery. There is a joy in discovery–particularly for that which has been withheld for a long time–but when what is being revealed is only information, not wisdom or insight, retracing the steps seldom recreates the effect of the initial discovery.

None of this is to say that Memento is a bad movie. Quite the contrary. Ten years later I am still amazed at how innovative and original it feels. Few industry are as derivative as commercial films. Silence of the Lambs wins the Academy Award and we get two decades of CSI and all sorts of profilers. Colin Firth wows everyone in Pride and Prejudice, and we get another cycle of Jane Austen remakes. Memento’s pedigree is harder to trace. Certainly it helped propel Nolan into a position of power, but it’s not like backwards narratives are all the rage. One could, I suppose, position it between Pulp Fiction and the television series The X-Files and Lost as part of a renaissance in non-traditional editing an asynchronous plots. That’s all well and good if one wants to track the history of a movement, but it says little in assessing the canonicity or value of a specific work of art.

Memento, if we are really honest, suffers a little from not really being about anything. The lasting impression it leaves is about its own cleverness. There’s not much about the human condition nor lessons to extract from the characters who interact in it. Leonard’s condition may be so obscure as to make points of connection with viewers seemingly impossible, but films such as Charly, Awakenings, or, heck, even The Notebook, have all used the loss of memory as a means to explore who we relate to one another as people. Forrest Gump explores at greater depth (and I say that as someone who is not a fan of that film) the theme of how we relate to the vulnerable among us.  Rick Minnich’s Forgetting Dad poignantly explores the ways in which onlookers can drive themselves crazy trying to prove to themselves whether or not those with amnesia are faking. I can’t really say Memento is about any of these things, though, because to the extent it touches on any of these ideas, it does so only incidentally, as the answer to a speculative thought experiment. Check out this video about The Man With Only 7 Second Memory, and consider just how preposterous the principal story of Memento is. Not because it is not accurate but because it gets all of the technical details without grasping any of the deeper meanings.

Wait, didn’t I say Memento is not a bad movie? Well, it’s not, as long as you take it as pure plot–a Mission: Impossible, a Transformers, or (perhaps its closest cousin) a Source Code. These movies all provide rewarding first viewing experiences, but they aren’t exactly the ones you picture yourself cherishing ten years from now, are they? 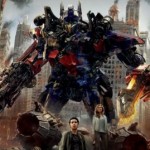 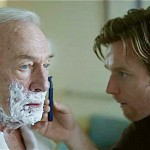 July 12, 2011 Beginners (Mills, 2010)
Recent Comments
0 | Leave a Comment
"Excellent points. I thought this was a really good movie, and the style is subtle ..."
movieman0283 My Best Picture Choice: Spotlight
"True story: I went to see this film by accident when it was in theaters ..."
movieman0283 The Devil Wears Prada (Frankel, 2006)
"I just scrolled through the film to get some clips for a video (I'm illustrating ..."
movieman0283 Salò (Pasolini, 1975)
"Well reasoned. I agree with you about Spotlight's technique - I just rewatched this and ..."
Andrew Spitznas My Best Picture Choice: Spotlight
Browse Our Archives
get the latest from
Entertainment
Sign up for our newsletter
POPULAR AT PATHEOS Entertainment
1