The word I got from a friend was that director Mark Romanek and the film entourage got beat up pretty badly during the Q&A following Never Let Me Go‘s gala presentation on Saturday night, so when neither he, screenwriter Alex Garland, Kazuo Ishiguro, nor any of the actors showed up to introduce the film at today’s Monday morning screening, my trepidation going into the film went up a few notches.

So, can this marriage be saved?

Yes and no. As a big studio film with award aspirations, Never Let Me Go is a bit of a disappointment. But it’s not a terrible film. I suspect, having watched the film and been around people who respond to beloved books turned into films, that some of the complaints are about people who are upset that the film didn’t affect them the way the book did and haven’t stopped to wonder how it could. Conversely, though, while competent, the film isn’t quite up to the challenge that the material presents.

An alternate reality novel in a realistic style, Never Let Me Go focused on three friends Kathy (Carrey Mulligan), Tommy (Andrew Garfield), and Ruth (Keira Knightley) who grew up together in a secluded and strange private boarding school. On the surface things seem normal, but gradually (throughout the book) and then more suddenly (in the film even more so) we realized that these are not “normal” children–they have been cloned in order to provide organ donations and the purpose of the school is to keep them alive and healthy until they are called upon to sacrifice their bodies and lives for the good of others.

I will cop to saying that Ishiguro is on my short list of greatest living writers in English and that Remains of the Day (also based on an Ishiguro novel) is one of my two or three all time favorite novel to film adaptations, so I’m not without baggage of my own in this debate. That said, I was prepared to like the film regardless of liberties, since the novel was not my favorite of the novelists. The creativity seemed to me poured into creating the alternate scenario as opposed to using it, as is the case in the best science-fiction or speculative fiction, to help us gain greater insight into ourselves or our world.

That the film’s central observations in that regard are either about the world that is outside of the film’s narrative–“We were asking questions nobody was interested in,” one school keeper says of their attempts to see if the donors have souls–or too abstractly generic–how is everyone else different from the donor’s in their inability to answer huge, metaphysical questions about purpose?–for the film to pack the emotional punch it needs to have. It doesn’t help, either, that almost all of them are verbalized in speeches that spoon feed the audience the meaning of the scenes they’ve just watched.

I heard at least one audience member trying to lay the bulk of the blame at Romanek’s door, reminding everyone that he had done one famous music video (Johnny Cash’s cover of “Hurt”) before getting a major film assignment. This appears to me as a bit of Monday morning quarterbacking, though I did hear some of the same remarks when he came on board. (And it didn’t help that he was briefly attached to the dreadful Wolfman film with Anthony Hopkins.) The direction is solid, but I couldn’t shake the notion that it needed more than technical ability–it needed a point of view. The power lies so much in the story’s meaning rather than its plot that its far more important how it is told. And the script and direction never really give us a through arc, so it’s really just a collection of scenes from the book in sequence.

One example of what I mean is the scene in which Paul and Kathy are finally able to confront the now aged women who ran their school. They have heard rumors that I deferral of the donor process is possible, which will mean a few more years of life. The outcome of the scene is really the emotional and thematic climax of the film and we get a series of cuts, first from one school mistress, then the other, then to Kathy, then to Paul’s hands rolling up his drawings, that convey to me that Romanek doesn’t really know where to put the camera for maximum effect? Should it be on Paul as we see his dawning desperation of a last hope being crushed? On Kathy? Should it be on the two who made the appeal and act as our surrogates? It certainly should be on a close up of the papers being rolled up, should it? Later, Paul gets out of the car driving home and screams in despair, but this, too, seems to come across as a hesitant second guess of itself. Maybe the audience didn’t get from the way we played the earlier scene what it meant and so we should revisit it and make it more explicit?

For all that, though, I do want to insist that there is a power in the material and the themes that could make the film a good experience if one’s head is in the right (or wrong?) place while watching. I don’t even mean to be patronizing when I say that I could totally see it being the sort of film that will induce sobs in the sort of movie goer whose only real frame of reference for “deep” art is The Notebook or Dear John. There is a certain nobility at aiming high, even if you fail to achieve everything, than in settling for the safely mundane. So, “A” for effort, but “C+” for, well, the actual result. 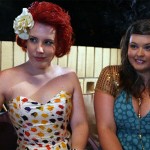 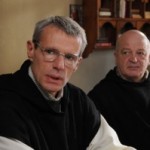 September 14, 2010 Of Gods and Men (Beauvois, 2010)
Recent Comments
0 | Leave a Comment
"Excellent points. I thought this was a really good movie, and the style is subtle ..."
movieman0283 My Best Picture Choice: Spotlight
"True story: I went to see this film by accident when it was in theaters ..."
movieman0283 The Devil Wears Prada (Frankel, 2006)
"I just scrolled through the film to get some clips for a video (I'm illustrating ..."
movieman0283 Salò (Pasolini, 1975)
"Well reasoned. I agree with you about Spotlight's technique - I just rewatched this and ..."
Andrew Spitznas My Best Picture Choice: Spotlight
Browse Our Archives
get the latest from
Entertainment
Sign up for our newsletter
POPULAR AT PATHEOS Entertainment
1