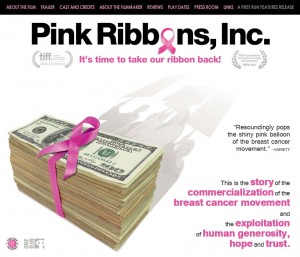 Pink Ribbons, Inc. is really three different documentaries: one that works, one that doesn’t, and one that is mildly effective but distracts and detracts from the principle message.

The most effective thread is the exposure of corporations that practice “cause marketing,” the most common form of which is small donations to a non-profit organization in exchange for the positive publicity and consumer loyalty that comes from being associated with a well known humanitarian cause. This part of the film names names–Revlon, Kentucky Fried Chicken, Ford, Yoplait–and makes a persuasive case that many of the corporations that use pink ribbon marketing engage in practices and/or sell products that are unhealthy, making the sum total of their influence on breast cancer more negative than positive.

That some capitalist companies care more about using a cause to improve their profits than actually addressing the issues surrounding the cause may not be as big a shock to viewers as the documentary assumes. That foundations and charitable not-for-profits could be accused of complicity with these companies is a more problematic revelation. Organizations have their own inertia and institutions are almost always about self preservation before they are about any particular mission.

The conclusion of this second thread–an indictment of the “quick fix” culture–is mildly effective, though it lacks the specificity of the critique of particular business practices. At one point a critic of cause-marketing consumers breaks down how much money is contributed by mailing in yogurt lids and concludes that people would be more effective if they would just “write a check.” That’s fine, but then the film turns around and complains that charitable organizations don’t spend enough of their money on prevention or aren’t transparent about how the money is spent at all. Painting all charitable organizations with the same brush is doubly problematic here–it is hard to believe that even rudimentary forensic research is not possible, and, more importantly, it leaves those persuaded by the film’s indictment of cause marketing with no clear idea of how to “do something besides worrying.”

The strain of the film that was least successful was the critique of the pink ribbon culture. Footage of relays, walks, rallies and testimonials are interspersed with those who have or have had breast cancer deconstructing everything from the language used (fighting/battling language makes those who die sound like losers) to the appropriateness of the color pink (it supposedly prettifies an ugly disease). My own personal tastes run counter to anything pretty in pink, and I understand and appreciate that what one woman finds inspiring another may find gaudy. I worry a little, though, that the most biting participants of the film could actually be conflating personal taste preferences with moral judgments and doing to the rally participants what they feel is being done to them–insisting that there is only one acceptable way to respond to the disease or honor and help those who have it.

An additional structural problem of Pink Ribbons, Inc. is that the least successful part–the lament over the aesthetics of the pink ribbon rallies–is heaviest at the beginning. The more successful material is in the middle, but the editing has a hard time effectively linking the outrage at corporate practices to the broader indictment of the charitable organizations (such as Komen for the Cure) that the film apparently wants. This editing problem means that the film starts weak, struggles to win back the more skeptical viewers and, when it finally does, can’t translate the moral indignation into an effective claim of policy. There is a lot of critique here, much of it valid, but there is not much in the way of alternative thinking or suggestions for a better approach.

There is material here that is worth viewing and thinking about, so Pink Ribbons, Inc. may actually be one of those rare films that works better on DVD than in the theater. That way viewers can pick and choose the segments that are most informative and use them as a starting place for examining their own approach to supporting an important cause and adjusting their thoughts and practices accordingly. 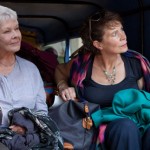 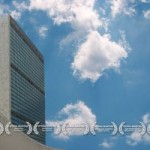 May 29, 2012 U.N. Me (Horowitz and Goff, 2009)
Recent Comments
0 | Leave a Comment
Browse Our Archives
get the latest from
Entertainment
Sign up for our newsletter
POPULAR AT PATHEOS Entertainment
1