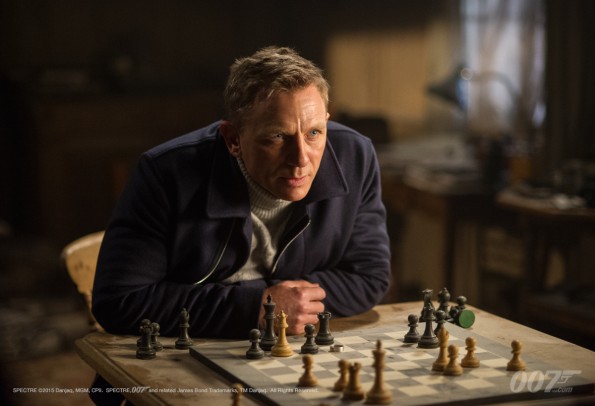 Spectre (★★★) starts strong, overstays its welcome, overshoots its marks, and ends up a big mess. There is enough good here to make it enjoyable, especially if you like these sorts of movies. But the film doesn’t quite live up to the the rabid anticipation it seems to have succeeded in building.

I was a little put off but ultimately charmed by the pre-credits sequence and the way it was (I thought) edited to reference the 70s James Bond films in style. (It seemed very Live and Let Dieish to me.) But as the movie chugged along, the references to other movies, mostly visual, stopped feeling fresh and retro and started feeling like a tedious checklist. There’s a snow-covered mountain that reminded me of For Your Eyes Only, a gunfight in the desertish setting that looked very much like Quantum of Solace. There’s a towering, silent, relentless villain/assassin reminiscent of Jaws. There’s a fun house setting with Bond shooting into glass that invoked The Man With The Golden Gun. There’s a torture scene that seemed a lot like Goldfinger (even the gadget Bond uses to escape felt old school). At one point Bond is on the water, looking skyward, and I said to my buddy, “If he pulls out a jet pack…” I suppose I have nostalgia for the older films referenced, but one problem is that they are from different eras, so each location of this Bond movie feels like it’s in a different visual style, referencing a different predecessor. The end result is a bit of crazy quilt rather than a stylish whole.

The end? Hmmm, what to say about the end without being too spoilerish? It’s a little late in the game (referring to the franchise as a whole and Craig’s iteration specifically) to give us the full Bruce Wayne treatment. But Americans do love origin stories and our reboots. So much so that it’s become near impossible to just make a solid entry into a franchise. There has to be a big reveal, a big twist, that has reverberations through the whole franchise and speaks to a franchise’s overarching mythology. In that way, this Bond entry feels like the one most influenced by contemporary comic book movies.

That’s all negative stuff, but the truth is this is still entertaining. Craig is my favorite Bond actor. Give me anger and sadness over suave (Brosnan) or camp (Moore) any day. The visuals, while not as consistently arresting as those of Skyfall are nevertheless generous in providing us some nice tableaux. Christoph Waltz is a sufficiently menacing villain (more so at the beginning than the end) and Lea Seydoux is the incarnation of a modern “Bond girl” who is expected to be something more than a helpless moron for James to rescue. The new Bond woman has to be a help-mate rather than helpless.

I wondered if Spectre couldn’t quite time the big-movie event market. Anticipation was building so long, it perhaps peaked a week or two ago and maybe a few people in the audience had an “it’s about time” sullenness to alloy their cheer. Or maybe I’m just projecting. Plus that Sam Smith song…eek! (“I’m high-voice Peyton Manning, and I have cable.”)

Here’s the thing, though. It really doesn’t matter. The critical mind can recognize the flaws, but the familiar beats still work. It’s not a knockout, but it gets the job done. 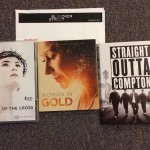 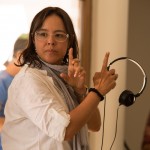 November 9, 2015 Interview: Patricia Riggen on The 33 and the Challenges of Being a Female Director
Recent Comments
0 | Leave a Comment
"Excellent points. I thought this was a really good movie, and the style is subtle ..."
movieman0283 My Best Picture Choice: Spotlight
"True story: I went to see this film by accident when it was in theaters ..."
movieman0283 The Devil Wears Prada (Frankel, 2006)
"I just scrolled through the film to get some clips for a video (I'm illustrating ..."
movieman0283 Salò (Pasolini, 1975)
"Well reasoned. I agree with you about Spotlight's technique - I just rewatched this and ..."
Andrew Spitznas My Best Picture Choice: Spotlight
Browse Our Archives
get the latest from
Entertainment
Sign up for our newsletter
POPULAR AT PATHEOS Entertainment
1