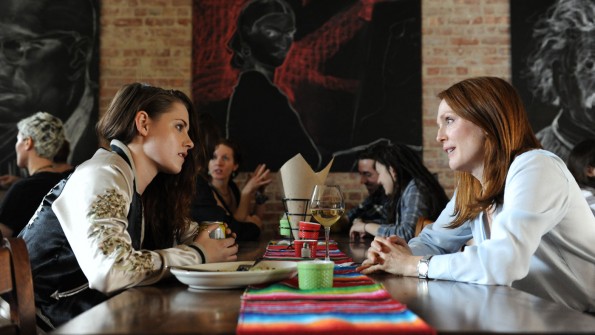 Here’s a sentence I never thought I would type: Still Alice (★★★) absolutely deserves an acting award, for Kristen Stewart.

That statement is not meant to denigrate Julianne Moore’s performance, merely to highlight that Stewart is the best aspect of this film. Moore is naturally very good (when isn’t she?), and while her performance here is not the best of the year (that is undeniably Marion Cotillard) and not even the best of Moore’s career (I’d say either Boogie Nights or What Maisie Knew), it is a nuanced and highly deserving performance which will finally win her an Oscar, even though it seems like this film was meticulously crafted for that specific purpose.

In order to ensure the success of winning that Oscar, the script does not tell a story as much as it jumps from one scene to the next, with each scene showcasing a big Oscar clip moment in Alice’s (Moore) mental deterioration due to her quickly progressing Alzheimer’s. The result is a fairly uninteresting script with the conclusion of most scenes being predictable as soon as they begin. Equally predictable is the arc of the film. When Alice, a linguistics professor at Columbia University, makes a speech about the babblings of infants being a form of communication only to forget the word, “lexicon,” it is instantly obvious in what condition her Alzheimer’s will leave her by the film’s end. 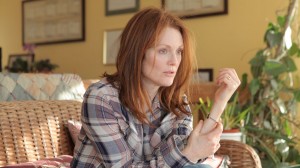 If parts like that are too on the nose, they are matched by the obnoxious choices of directors Richard Glatzer and Wash Westmoreland. Their decisions to use slowly spinning camera to highlight that Alice is lost and looking around helplessly, unable to recognize anything familiar, is unimaginative and badly overused. The frequent out of focus shots blatantly indicate Alice is unaware of her surroundings and unable to remember, but the recurring use of that technique wears out the effect those scenes might have had.

The dynamic between Alice and her family half works and half doesn’t. The attitude of her husband John (Alec Baldwin) is incredibly supportive and mostly believable, other than one out of place idea he insists on towards the film’s end. John and Alice have three kids, the dutiful and conceited oldest daughter Anna (Kate Bosworth), the underwritten and undeveloped Tom (Hunter Parrish), and the youngest of the family, the black sheep Lydia (Kristen Stewart) who left her family in New York to join a West Coast acting company. There is no doubt as to who will make the most sacrifices to care for Alice.

This review is sounding pretty negative, but I wanted to mention the several significant flaws of Still Alice before discussing its two saving graces. First, Julianne Moore elevates what is more or less a mediocre two star film about Alzheimer’s into a watchable film with her convincing and touching portrayal of a woman slowly losing her abilities. Secondly, Kristen Stewart owns every scene she is in, making me unable to dislike the film.

As Lydia, Stewart is fantastic at portraying the emotions of a slightly estranged child who does not see eye to eye with her parents. Her struggles with mild resentment, a desire for independence, and a wish to honor and care for her mother are deftly balanced by Stewart in what is my favorite performance by a supporting actress of last year. Her scenes are heart touching and beautiful; her occasional impatience, her quiet understanding, and her bonding with her failing mother all ring painfully true. As someone who has never had a close family member suffer from Alzheimer’s, I cannot imagine what it would be like to watch those scenes if one did.

And now, here’s another sentence I never thought I would type: there were three scenes in Still Alice which choked me up, and all three of them involved Kristen Stewart. 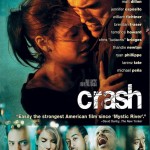 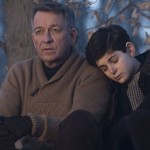 February 12, 2015 Gotham Episode 1.15 Recap: The Scarecrow
Recent Comments
8 Comments | Leave a Comment
"Excellent points. I thought this was a really good movie, and the style is subtle ..."
movieman0283 My Best Picture Choice: Spotlight
"True story: I went to see this film by accident when it was in theaters ..."
movieman0283 The Devil Wears Prada (Frankel, 2006)
"I just scrolled through the film to get some clips for a video (I'm illustrating ..."
movieman0283 Salò (Pasolini, 1975)
"Well reasoned. I agree with you about Spotlight's technique - I just rewatched this and ..."
Andrew Spitznas My Best Picture Choice: Spotlight
Browse Our Archives
get the latest from
Entertainment
Sign up for our newsletter
POPULAR AT PATHEOS Entertainment
1