Long before the soundtrack rhapsodizes about “tender comrades” in the film’s final scene, Thanks for Sharing has made its central (and somewhat strange) thesis abundantly clear: addiction, however unpleasant it might be, is a small price to pay for the acquisition of the types of steadfast, loyal, and lifelong friends one acquires in support groups.

Thanks for Sharing is a comedy. It wants to be a comedy/drama, I think. And in that, it wants to have things both ways. On the one hand, Adam (Mark Ruffalo) will complain to his girlfriend, Phoebe (Gwyneth Paltrow) that when people hear about her disease (she is a breast cancer survivor) they have sympathy, but when they hear about his disease (sex addiction) they are judgmental. On the other hand–until the last act–the film itself presents the disease as a serious of lame, sophomoric hijinks (one addict gets fired trying to film up his female boss’ skirt) punctuated by minor inconveniences. One addict must learn to ride a bike instead of take the subway because the latter has too many visual temptations (people are apparently a lot prettier and less modestly dressed on movie subways than any subway I’ve ever ridden). Adam has to call room service to take the television out of his room every time he stays in a hotel. The darker, more painful sides of addiction are alluded to in the first three quarters of the film (venereal disease, broken family relationships) but the most fundamental way the film is false is that it is too afraid to let its characters misstep until it is absolutely sure that we like them. Most people, in dealing with addicts, have initial negative experiences that have to be overcome to (re)build trust. The film goes out of its way to present Adam and sponsor Mike (Tim Robbins) as being at a certain point in their fight to maintain sobriety, so when they fall off the wagon, their remission has none of the demoralizing feelings of inevitability that it does to most friends or loved ones of addicts who have been through the cycle of twelve steps many, many times.

Yet for all of the ways it panders and soft pedals its not-as-shocking-as-it-thinks subject matter, Thanks for Sharing has moments of lucidity that show real insight. Mike describes the difficulties of sex addiction as distinct from other addictions by saying “it’s like trying to give up crack when the pipe is attached to your body.” As conventionally as it is used, the bits about the motel television underscore that Adam and friends are trying to abstain from something the world not only doesn’t make illegal but actively promotes (and seems to have an endless supply of).

Oddly enough, the best scenes are in the middle of the movie as the film attempts to explore what it means to try to live with addiction rather than simply make the plot about whether or not the addict will fall off the wagon. Phoebe is more sexually expressive and hurt when Adam wants–needs–her the reign in some of the ways she wants to relate to him sexually. Richard Foster quotes Thomas a Kempis in Celebration of Discipline that “it is easier to be silent all together than to speak with moderation” (98-99). This is the one place where Thanks for Sharing has real insight. It understands that mastering one’s behavior, being in command of one’s urges, temptations, or habits, is more challenging than abstaining all together. As a result it builds sympathy for Adam because we understand his fear that he may have to choose between unhealthy sexuality and no sexuality, not believing it is ever possible to have thing itself in a non-perverted form.

The sad part of the film, though, is that having recovered from a conventional set up and developed some more nuanced problems, the script doesn’t really know where to go from there. (Hollywood films and televisions as a rule are actually much poorer at exploring growth and/or developing stability than they are at showing disintegration, chaos, and failure.) By the end we seem to be left with our own “lesser of two evils” choices–write off broken people completely as being incapable of ever changing or accept their failures as inevitable but enjoy the good times. Addicts may be capable of friendship but they are too broken to ever really be able to be a permanent, loving relationship.

Is this true? Change is rare, I know, but does it never happen? And is there no distinction to be made between people who are imperfect but making genuine progress towards becoming better (however you want to parse that–morally or more healthy) and people who are in the thrall of an addiction or disease and genuinely out of control? 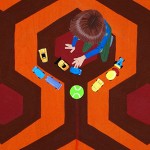 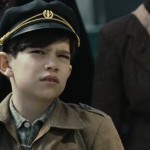 October 12, 2012 Simon & The Oaks (Ohlin, 2012)
Recent Comments
0 | Leave a Comment
Browse Our Archives
get the latest from
Entertainment
Sign up for our newsletter
POPULAR AT PATHEOS Entertainment
1