Anyone who reads this blog with any kind of regularity will no doubt have noticed that there are a lot more positive reviews than negative ones. That’s not a matter of policy–for me or anyone else. It’s just that absent an obligation to write about something (say, from an assignment or because of receipt of a complimentary screening or something) I tend to  put more effort in teasing out my thoughts in appreciations than I do in expounding energy in saying the same (negative) things over and over.

Occasionally, though, there may be films that I find interesting even if, or perhaps because, I am unable  to share the high regard or enthusiasm that others have mustered for them. It’s not that I hate such films. Let me repeat that for emphasis: I did not hate The Girl With the Dragon Tattoo. It is rather that I spend more time analyzing and thinking about my own aversion (and its roots) than I do about what the film would be trying to say if it were successful (for me).

The Girl With the Dragon Tattoo is a brutal film. That in and of itself doesn’t make it a bad film, though I admit that I have a predisposition towards impatience with and skepticism towards films that use extended brutality to announce or stake claims for moral seriousness.

Neither is it the case that the film is contemptibly hypocritical (in my opinion) by celebrating brutality while purporting to condemn it. I usually have a pretty good nose for sniffing out  films like Swordfish or The General’s Daughter–films that use a veneer of indignation or feigned shock at violence against women as an excuse to portray it in the most titillating manner. The Girl… is not such a film. There is nothing titillating about the brutal and extended rape(s) of Lisbeth, nor is there intended to be (I think) anything vicariously, vengefully satisfying in the equally brutal rape (and yeah, that’s what it is) of her rapist, even if I suspect some in the audience will find it so.

It isn’t that I’m not buying what the film is selling; it’s that I don’t like the price. A simple  cost-benefit analysis–what do you get for examining men (and women) at their most brutal, most sadistic, most perverted? The realization that men–and women, but mostly men–are capable of great violence, brutality, sadism, and perversion.

The film itself–based on a novel with the title Men Who Hate Women— is not hypocritically disingenuous, but it does have a problem that its message of abhorring the objectification of women and the brutality against them that can flow from it is one that cuts against the grain of the medium–movies–that it uses to disseminate that message. That medium is saturated in the blood and death and rapes of countless women in the name of thriller entertainments, not perhaps themselves sociopathically misogynist but willing enough to use such plot elements as a plot device often enough that we become inured to it.   Then, when we are lectured to in the same classroom about how awful it is that we are desensitized to such brutality, the voice of the particular lecturer matters less than the relative constancy of the conflicting lessons. 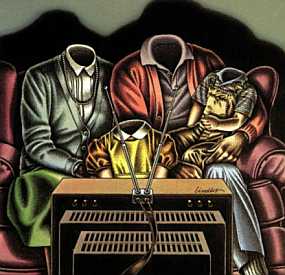 Twenty-some years ago, while an undergraduate, I was assigned to read Neil Postman’s Amusing Ourselves to Death. One of the more interesting rifts he makes about the McLuhanesque conceit that the medium is the message is that church seldom (he may have said “never”) plays well on television because you can’t sanctify a television set. We are so used to seeing lust, greed, selfishness celebrated and made exotic in such venues that we cannot take seriously the claims that we see on it and through it that such such things are bad (and bad for us). The cognitive dissonance is too much. It’s not that we must reject that message as wrong–only that we cannot reconcile the message with the vehicle in which it arrives.

Even so, I may have been able to overcome this sort of cognitive dissonance, this weight of the medium pulling against the message, if The Girl With the Dragon Tatoo had not bailed on its “misogyny is the root of all evil” theme at the eleventh hour and opted instead for a garden variety sociopath serial killer who brutalizes men and women alike–women more simply because, as he says, they are easier and not as often missed.

There are moments–though not many–when The Girl With the Dragon Tattoo stops sledgehammering long enough to really cut to the quick.  When we get glimpses of the actual people who have been actually affected by the violence and we (or I) become interested in these people and the choices they make. In those moments the violence becomes less about establishing a pathology to explain the characters and more about creating a personal history that draws us into and makes us care about the choices they make. The best such moment, for me, was when Lisbeth, the titular character, visits Mikael in prison and impulsively kisses him before leaving. In that action, and particularly in the immense effort it takes to break through the conditioning of her personal pathology that has created a self-preservation barrier, there is a glimpse of something missing from the other 152 minutes populated with rapes and deaths and immolations and all manners of intense suffering.

Perhaps for some the relative infrequency of poignancy or tenderness or any actual feeling in a world increasingly populated with brutality and violence will make the preservation of those things, in however small amounts, enough to redeem the experience of being inundated with their opposite for two and a half hours. For me, though, it was just felt as though I was expected to do all the heavy lifting while the film focused its efforts and techniques on polishing up the easy parts–in making the ugly more ugly so that the beauty would ostensibly stand out more. I respected the film’s ideas, but I did not think them fully formed. 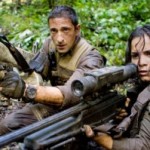 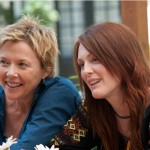 August 2, 2010 The Kids Are All Right (Cholodenko, 2010)
Recent Comments
0 | Leave a Comment
"Excellent points. I thought this was a really good movie, and the style is subtle ..."
movieman0283 My Best Picture Choice: Spotlight
"True story: I went to see this film by accident when it was in theaters ..."
movieman0283 The Devil Wears Prada (Frankel, 2006)
"I just scrolled through the film to get some clips for a video (I'm illustrating ..."
movieman0283 Salò (Pasolini, 1975)
"Well reasoned. I agree with you about Spotlight's technique - I just rewatched this and ..."
Andrew Spitznas My Best Picture Choice: Spotlight
Browse Our Archives
get the latest from
Entertainment
Sign up for our newsletter
POPULAR AT PATHEOS Entertainment
1