Film critics get asked what movie they hate the most almost as much as what movie they love the most. Such superlatives are more about defining your tastes than objectively separating the bad from the abysmal. The Life of David Gale has served as my go to answer for that question for the last few years, so revisiting it had its own trepidation. It couldn’t possibly be that bad, could it? And if it wasn’t, would I have to find a new whipping boy?

Turns out I needn’t have worried. It was, in fact, that bad.

I did not review The Life of David Gale in 2003, which surprised me a little. I always assumed I had dubbed it the worst film of 2003 in my end-of-year retrospective, but I didn’t. That honor went to The Matrix Reloaded.

As an undergraduate, one of the first movies I had to write a review for was a mediocre comedy about affirmative-action called Soul Man. I disliked the movie intensely, but when I tried to analyze it dispassionately I could not align the film’s faults with my own level of disdain. Eventually, I pondered the question of whether or not films about serious subjects warranted a higher standard. At the time I said ‘yes,’ and I’ve more or less kept to that opinion.

The Life of David Gale is about a serious topic: the death penalty. Some great films have wrestled with this topic, including Dead Man Walking and At The Death House Door. Neither is the problem that I dislike the film’s politics. I am more or less against the death penalty. There is a problem with the film’s central conceit, though, that “almost martyrs” don’t count but one executed innocent would be enough to generate outrage and topple the system. About central issues, about most issues, people are a lot less elastic than the movie portrays and their political stances are less built on arguments than their arguments are retrofitted to accommodate their positions. This fact alone makes the problems with David Gale fundamental rather than ones of execution (no pun intended). The film is intended, I think, to persuade us about a a real issue, but the world of the film is not recognizable as our own. It resembles our own only superficially.

The odd thing about the film’s politics is that it is offensively condescending to not only pro-death penalty advocates but to those who are against capital punishment as well. In one of the activists’ speeches, she argues the death penalty condemns the families of victims to hate. The implication is that nobody could have first hand associations with violent crime and be against the death penalty as a matter of principle. The moral superiority of Gale and his colleagues is established not just by virtue of the fact that they have the right position but that they are capable of having it. This of course renders the whole point of making an argument moot; if you claim people are not capable of principled, reasoned decisions, what’s the point of educating them?

There is a fair amount of caricature that passes for argument, with the southern setting providing quirky local color. There’s a nice little bit between the two reporters when one says that you know you are in the Bible Belt when there are more churches than Starbucks and the other retorts that there are more prisons than Starbucks. That’s about as penetrating as the analysis gets. We get the requisite complaint that minorities are executed more than whites, that the poor have inferior lawyers to the rich. Any attempts to understand, on a broader level,  why these things are so is left for better movies. They are talking points as much as the faux debate between Gale and the Texas politician who is tricked into agreeing with Hitler and disassociating from Gandhi.

I drift from my central complaint against The Life of David Gale, however. My dislike has more to do with sensibility than sense. A snuff video plays a central role in the plot of the film, one involving a naked, bound woman, slowly and painfully dying. We get to watch it repeatedly. Perhaps there is a larger point to be made about the desensitizing aspects of video, though I doubt it, given Kate Winslet’s instructional emoting cuing us to be horrified. There may even be an irony that is supposed to relate back to the death penalty–why does this horrify us but watching a person get executed does not? Really it just feels tawdry, and I can’t believe that is what they are going for.  For a film that wants us to value life and rise above our more prurient interests, it sure panders to the latter an awful lot.

I’ve spend a few days in the wake of screening the film wondering why certain actors or directors survive bad movies and others don’t. For Kevin Spacey, The Life of David Gale looks and feels like a tipping point. He was already eight years removed from The Usual Suspect and Se7en, six from L.A. Confidential. The difference between a long-standing great actor and a good actor who had a particularly good run of films is much easier to make in retrospect. Kate Winslet, in contrast, already had three Academy Award nominations by 2003, but she followed up David Gale with Eternal Sunshine of the Spotless Mind and is still, I would think, considered a top-tier actress.

Alan Paker has not directed another film since The Life of David Gale. His career filmography is filled with films that garner strong reactions, and ones that often polarize. Mississippi Burning takes a serious topic and similarly overlays it with some emotive scenery chewing, yet it has more respectable reviews overall. Midnight Express is esteemed by critics, and even Angel Heart, Fame, and Pink Floyd–The Wall have defenders. I am personally quite fond of Birdy.

In fact, if one looks at Parker’s Rotten Tomatoes page, one sees an interesting trend. His first ten films all garnered “fresh” ratings (meaning at least 60% of critics rated a film positively). By contrast three of his last five films failed to meet that threshold, with The Road to Wellville and Angela’s Ashes also getting the cold shoulder. Did his talents decline? Is his style more suitable to the the 70s and 80s? Was his selection of collaborators off? (In retrospect, how many people now think of Midnight Express as being an Oliver Stone film?)

Whatever the answer, it is surprising how much the last film casts a shadow over all that goes before. Ultimately, I would argue that given enough time Parker, like most artists, will be judged by his best work, not necessarily his most recent. That may take more than ten years, though. It may take a new generation of consumers who don’t necessarily experience the films in the order they were created. 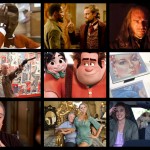 January 10, 2013 2012 NCFCA Awards
Recent Comments
0 | Leave a Comment
Browse Our Archives
get the latest from
Entertainment
Sign up for our newsletter
POPULAR AT PATHEOS Entertainment
1