I didn’t hate To The Wonder. I didn’t much like it, but for me and Terence Malick, that’s progress.

If I connected slightly more with To The Wonder than some other of Malick’s films it is not, near as I can see, due to great changes in technique. There is still a minimal amount of dialogue. There is still a basic montage structure relying heavily on (mostly) non-diegetic music and voice-over. There are still lots of shots of women running away from the camera, of heads haloed by the sun in the background, lens flaring.

What did engage me here was that the structure of the marriage triangle invited contemplation (at least for me) on the question of whether or not the object of the image in a Malick film was replaceable. Did it matter who or what was participating in these shots? It is kind of hard to say “no” to that question since the the structure, while not exactly traditional, is hardly non-narrative. And answering “yes” invites me to at least question whether there was (or could) be any kind of self-conscious detachment from the moments of pastoral bliss.

Also, there are some really effective shots of industrial construction and pollution that struck me as more than just symbolic, shots that led me, again, to question the nature of the image and whether it could be divorced from the content. Is a beautiful picture of an ugly thing beautiful, or is it itself an ugly thing? This is not The Red Desert–there are more shots of natural beauty than of decay–but it does seem to me that the loss of purity, vitality and beauty has already begun within the world of the film rather than only being what we know lies ahead. For that reason, oddly, paradoxically, I felt more sympathy for these characters (excepting Javier Bardem’s priest who felt too much like a mouthpiece/chorus) than I have for those in any other Malick film.

That doesn’t make me a convert yet. I still find myself restless at the pacing (my first glance at the watch was forty-five minutes in) and downright annoyed at the the number of false conclusions/crescendos. I sometimes think that Malick has a harder time bringing the curtain down than a Shakespearean attendant whose lord hasn’t died yet.

That’s all mere autobiographical, reader-response stuff about me and my tastes, however. Bottom line: I can’t imagine any reason why those who like Malick at all won’t like this particular effort. 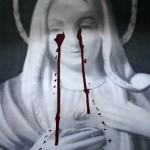 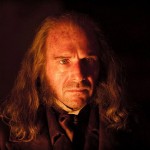 September 12, 2012 Great Expectations (Newell, 2012)
Recent Comments
0 | Leave a Comment
Browse Our Archives
get the latest from
Entertainment
Sign up for our newsletter
POPULAR AT PATHEOS Entertainment
1