My favorite Disney film has always been (and probably still is) Beauty and the Beast.

Flush from seeing the film and falling in love with it, I talked my parents into making a rare sojourn into the movie theater to see it. After coming out of the theater, I asked them what they thought of it. My mom pursed her lips and shook her head. “I don’t see,” she said, “why Gaston had to die.” Her response frustrated me both because it was and is natural for one to want others to like the things we like and share our enthusiasms and also because, deep down, I knew she was right. Gaston was pompous and arrogant and menacing, but he also struck me as more stupid than evil, and his insistence on returning homicidal rage for forgiveness appeared more about assuaging any reservations we might have about sentencing him to death rather than a life of scorn and ridicule. That the take home lesson of the story was all about looking past personal faults (such as a violent temper) and cruel actions (such as threatening a family member if a female doesn’t submit) in order to find the redeemable if misshapen core that resides in most human beings only made the reduction of the human villain into a moral monster that much less satisfying.

Beauty and the Beast, like Up, is a cartoon through and through, but it is one occupied by avatars in human rather than animal, automobile, or object form. As such, there has always been something troubling to me about the increasing insistence of Disney and Pixar films that the villains not only be wrong, but incorrigibly evil–not merely defeated but destroyed. I understand that cartoons are socially and morally conservative, but this desire to obliterate the enemy, to blot out his existence, always seemed more triumphalist than humanist, and I don’t think it a coincidence that this strain emerged in Disney films during the Reagan eighties. Oh, there were witches and snakes and demon kings who were evil before then, but there always seemed to be a sense that death for Cruella De Vil was, perhaps, a disproportionate penalty for her wanting a Dalmatian coat, that it was enough for the Aristocats to escape Edgar without having to send him to his grave.

I thought about Gaston a bit when Charles Muntz, whose great moral defect appeared to be that he was the grumpy old man who was not the protagonist of the film, plummeted to his own horrific but hermetically distant death towards the end of Up. Not that long ago, my friend Jeffrey Overstreet complained at his blog that the opening torture scene put him off of Slumdog Millionaire: “You can make people care about anybody just by beating that character senseless. Beat up a child on camera, and you’ll get the whole audience rooting for them. But inflicting violence on a character does not a character make.” I confess I felt roughly similar when the evil Muntz tied up Carl’s pudgy, Wilderness Scout sidekick and then threw him off his Zeppelin. It’s not enough that Muntz be a hunter, he must be an attempted child murderer–otherwise we might not think he is evil enough to warrant his own death.

If, at this point, you are saying, “Come on, Ken, don’t be such a stick in the mud,” I sympathize. Like I said, I’ve been there. It’s a cartoon, after all. Part of the genre conventions is that life can be threatened. It’s harmless genre fun; we can enjoy it knowing that nobody is actually going to die, and if they do fall, they will simply bounce, Wiley Coyote like, to fight again. I might buy that argument if the film were content to stay in the cartoon mode–using animals or objects to be avatars of people and thus able to introduce difficult or painful experiences to children rather than portraying the people who suffer and die as people. Death–human death–though is central to Up; it is the device used to add weight and adult emotion to what is essentially a well choreographed video game, and it is the film’s own insistence that death is painful, consequential, and real, that made me disgusted rather than relieved when Muntz made his inevitable downward plunge into hell. Even his doggie storm-troopers are given parachutes when their planes crash, lest we be too uncomfortable with the notion of good but misguided animals dying at the hands of our faithful heroes (who only fight in self-defense).

The human death of some consequence is that of  Carl’s wife, Ellie.  I tend to dislike the dead wife as back story conceit in general–why is it always the wife? Why does the husband never die and the widow discover an adventure? Would the film really have been substantively different if the elderly couple finally went to South America? Are adventures really still just for men and boys, leaving females nothing to do but die or wait for Prince Charming to come rescue them?  But aside from the generic dislike of the dead wife syndrom, I’m particularly irritated that here it is not used in a coherent fashion. If you Google “Ellie Docter Pixar Up” you’ll get pages of images from the film, but, oddly…none of her. Her job is to exist as motivation for the character, not as person, and the film’s moment of emotional transformation is an incoherent cheat, suggesting that Ellie was both content with the domestic adventure that was her shared life with Carl yet somehow also the cautionary tale about not ever actually pursuing the dream that propels the film’s “Carpe diem” sensibility. She is a way of smuggling unearned weight and emotion into the film, but really, she is part of a different film.

The central problem in a Pixar film is how to ground the gee-whiz-look-what-we-can-do-special-effects with human (and hence consequential) emotion. Toy Story solved this problem brilliantly by relegating the human story entirely to the background but allowing us glimpses of it at the fringes of the avatar story. Wall-e less successfully tried the same thing–and succeeded up until the point where the avatar story and the human story merged. Up has neither Toy Story‘s brilliantly confident understatement nor its separation of avatar and human being. The human beings in Up fluctuate in between being represented as actual people (Carl’s collection of medications are lovingly rendered in the background) and as being invulnerable cartoon characters able to do what an actual human could not (Carl uses his walker as an impromptu zip line to pluck his protege out of his death plunge).

The stunts and action sequences–the cartoon portions–are so well choreographed, so brilliantly created, and so lovingly rendered, that it is easy enough to embrace the film on that level. Certainly, if I’m not willing to join the chorus of angels singing Up‘s praises, I’m more willing to toe the party line and give it grudging respect than I was for (the I thought grossly overrated) Wall-e. Indeed, I imagine I would like Up a lot more than I did if it were not being hyped to the moon as some achievement unparalleled in the history of cinema. Thrills and pathos in the same film! Can you believe it? Even as I write this, though, I’m conscious of the fact that what sets my teeth on edge is not the film but the hype, and that while every studio is to some degree complicit in the creation of such lofty claims, it isn’t exactly the film’s fault if its adherents care as little for my Malvolian refusals to join the fun as I did for mom’s inconvenient sympathy for Gaston.

I suspect Up will bulldozer its way through a weak Summer of mediocre films, even though my Friday matinee had less than twenty people in it, Cannes buzz de damned. Maybe the family market is content to wait for DVD, or maybe they are holding out for the next Harry Potter film. I know from experience that the sorts of nits I pick with the film are not of the quality that actually matter much to those who just want an enjoyable film experience, so by all means, go see the film if that is what you want. I wouldn’t want my reservations to keep people away from actually enjoying the film. I’m just saying that if the film doesn’t get an Oscar nod for Best Picture, I won’t exactly call that a travesty or insist that the only possible reason is because people consider animation a lesser form. (I still think Persepolis is this best film I’ve seen in the past five years, and it was animated.) Let the kids have all the Up merchandise they want, and, hey, if a few families are moved beyond tears at Carl’s lonely life to actually visit or engage some genuine elderly folks, that wouldn’t be a bad thing either. 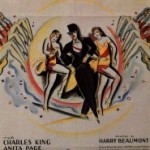 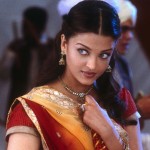